The problem is that the Conservative gets his money off of the backs of the rest of us, and through his relentless stealing he ruins the country for everyone else... 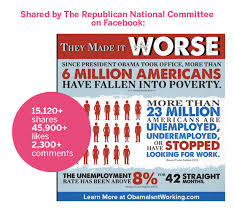 How could they do this without anyone noticing, you ask? Here's how class warfare started.

What do Conservatives do when they eliminate taxes for the rich and the economy tanks?

"Strapped GOP Governors Are Raising Taxes — On The Little Guy."

"Slow revenue growth is to continue? What’s a fiscal conservative to do?


"Increasingly, GOP governors are going against the party line with proposals to raise taxes — but not on the wealthy. Of course not. They’re proposing to hit the little guy where it hurts — in his wallet.

"Thanks to the New York Times, here is a brief summary of how many of the GOP-dominated states are dipping into citizens’ pockets:

"UTAH‘s Gov. Gary R. Herbert increased the tobacco tax and has his eye on doing the same to the gasoline tax.

"MICHIGAN‘s Rick Snyder tried for an increase in the gasoline tax, but the legislature wouldn’t go for it. Instead, they’re taking the chickenshit way out by insisting that a proposal for tax hikes be put to the voters — to increase both the gas tax and the sales tax.

"MAINE‘s Gov. Paul R. LePage wants to increase the sales tax and apply it to more goods, but only — get this! — in order to lower the income tax and get rid of the estate tax. Now there’s a guy who knows on which side his bread is buttered!

"KANSAS‘ Gov. Sam Brownback of Kansas created such a huge fiscal mess by cutting business and income taxes that he almost didn’t survive the re-election process. But sure enough, voters put him back into office anyway and now he plans to thank them by raising taxes on their cigarettes and liquor. Now there’s something to raise a glass to!

"SOUTH CAROLINA‘s Gov. Nikki R. Haley is all for hiking the gas tax  — if the legislature will use it to cut the income tax by a third.

"ARIZONA‘s Gov. Doug Ducey decided he’d have to delay dumping the income tax, which was a campaign promise, because the tax provides one-third of the state’s budget. How else is he going to deal with the $1 billion deficit left to him by his predecessor, the evil Jan Brewer? Or to subsidize all the private prisons that he thinks should be built in his state?

"ILLINOIS and MARYLAND‘s GOP governors are also facing huge budget deficits, but heaven forbid that they should do anything so drastic as raise taxes.


"ARKANSAS, MISSISSIPPI and NEBRASKA are going to slash taxes even further below current levels because their states are apparently not poor enough yet..."

They they stay awake at night to come up with even more ways to rob us blind...

"GOP's Frightening Plot to Build Laboratories for Plutocracy in States They Control."

"Right-wing initiatives such as tax cuts and 'right-to-work' legislation are on the table.

"In the American political tradition, states are known as 'laboratories of democracy,' miniature examples for the rest of the country to learn from. Following the 2014 elections, Republicans gained more power in state legislatures than they've had in their party's history, controlling 69 of the 99 different state chambers across the country.


"With these wide majorities, these Republicans are using these laboratories to put into action some of their wildest plutocratic legislative dreams, everything from enacting discriminatory legislation against gay and lesbian Americans to assaulting the rights of workers, to clawing back laws at every level that protect the public interest...

"...Cutting Taxes On The Rich, Starving Their States Of Revenues.

"Kansas Republican Gov. Sam Brownback blew a huge hole in his state's finances by cutting income taxes (all levels of the income ladder saw a reduction but the rich saw their taxes cut almost in half) in a bid to become a 'Texas-like economic powerhouse,' in the words of the Wall Street Journal.

"This resulted in a budget deficit of nearly a billion dollars. Brownback has decided to make up this gap partly by cutting $127 million from schools and delaying pension payments..."

And once you leave the womb, the Cons try to kill you off for the rest of your life...

After all, they have logic on their side...

...and they understand the plight of the little guy too.

Some think that we can thank Reaganomics for all the stealing that's been going on since 1980...

Because Conservatism has no need to lie unless the knowledge of the truth tells us that Conservatism will drive us all into bankruptcy...

And the truth is that some call it treason, but we call it wholesale theft - and shouldn't theft be against the law?

Laws are made to stop crime, and theft is a crime, but what can the little guy do to save his family - and his own life?

Masquerading as a "political philosophy," Conservatism has decimated the middle class and driven the poor into even deeper poverty.

And just try to unseat them from their position of power... 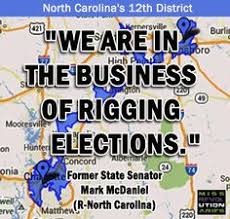 Aren't you tired of all the stealing and killing by those who would take the food from your children's mouths?

"Marching on Washington by the millions, pitchforks in hand," and running the Cons out of Washington is one way to stop the biggest theft of wealth in history and to return that wealth to the rest of us, BUT there's an even better way to get rid of these crooks, and that is by...

"Democrats never agree on anything, that's why they're Democrats. If they agreed with each other, they would be Republicans."