The Conservatives Are Preparing For 2016, Ready Or Not.

Voter suppression, voter intimidation, and vote theft are all tools of the Conservatives, but why is that?

Because Conservative politics can't be sold to middle class and poor voters without cheating.

Remembering the clown car that was the Republican Presidential Primary election, the Cons are trying something a little different for 2016...

"The GOP is getting a jump-start on planning for the 2016 presidential elections; apparently, they can’t wait to decide who’s going to join such notables as McCain and Romney for the coveted position of First Loser. At this point, though, it looks like Republicans care a lot less about putting up an electable candidate than they do putting on a show.


"They’re calling it the “SEC Primary,” or the “Southern Super Tuesday — March 1st, 2016 that is. On that day, at least five Southern states including Alabama, Arkansas, Georgia, Mississippi and Tennessee will coordinate to hold their primary elections. Florida and Texas may be on for the March 1st party; however, fashionable lateness isn’t out of the question, since they may end up holding their primaries a bit further into March.

"So, why does it matter when the troglodytes come out to play?

"Mostly because all of these states are currently controlled by said conservative troglodytes, and there’s very little chance that any of them will end up going to a Democratic candidate in a presidential election. More to the point, these are the states most likely to elect one of the many far-right Koch puppets or standard issue wingnuts vying for the 2016 crown of First Loser. The GOP candidates nominated in these states will be utterly un-electable (think Chris Christie, Ted Cruz, Rand Paul ect), but they’ll sure put on a good show...!"

It's a funny thing about the Cons...

Sometimes they'll get you with their rhetoric...

And some of the clowns are pretty funny, but not a ha-ha funny...

Of course, the Conservatives don't want their own constituency to better themselves...

Can you guess why? 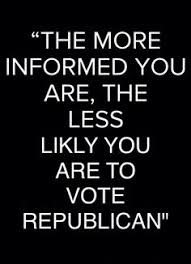 Instead of voting, some will try to eliminate the middleman... 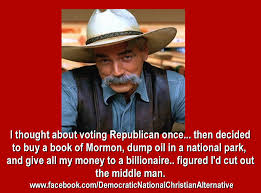 Because God knows the Cons WANT to help the Little Guy... 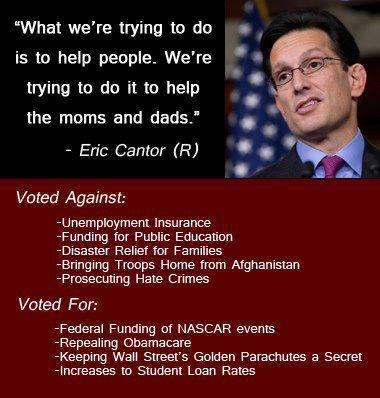 ...no matter how much it costs!

"Majority of Americans Want Money Out of Politics."

"A survey conducted in July found that a majority of Americans from across the political spectrum oppose the Supreme Court’s Citizens United decision that opened the floodgates to endless campaign spending. And that was before the 2014 elections became the most expensive midterm elections ever, with at least $3.7 billion spent on Congressional races (that doesn’t count state, local and judicial elections)..."

Because that's what Conservatives believe in! 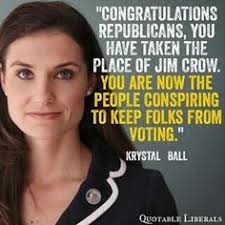 If the banks aren't too big to fail, why are the Conservatives too smart to jail?

Because Conservatism is still legal in this country.

Take a moment to imagine what the world would be like without the pestilence of their crime-ridden "politics" to infect our lives day in and day out.

Take another moment to reflect how many of the Conservative leadership will rot in jail when Conservatism is criminalized! Joyce, Jnr.

"We have a president who stole the presidency through family ties, arrogance
and intimidation, employing Republican operatives to exercise the tactics of
voter fraud by disenfranchising thousands of blacks, elderly Jews and other
minorities."