Republicans Aren't All Racists, Are They?


Most Republicans (Conservatives) seem to be racists, but sometimes they can't get away with it. We just found something pretty revolting about the #3 man in Congress... 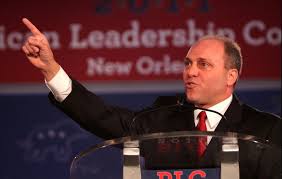 "Twelve years before he was elected by his colleagues as House majority whip, Rep. Steve Scalise (R-La.) spoke at a conference hosted by the white supremacist group European-American Unity and Rights Organization.

"Louisiana political blogger Lamar White Jr. dug up a number of posts on Stormfront, one of the original white supremacist websites, that place Scalise at the 2002 EURO gathering. According to one user who attended the conference, Scalise -- then a state representative -- spoke to the organization at a workshop "to teach the most effective and up-to-date methods of civil rights and heritage related activism.'


"According to another Stormfront post, the National/International EURO Workshop on Civil Rights was held from May 17 to 18, 2002, at the Landmark/Best Western Hotel in Metairie, Louisiana. The conference was also listed on an Anti-Defamation League list of extremist events for that year..."

Of course little Stevie isn't just another David Duke - or is he? 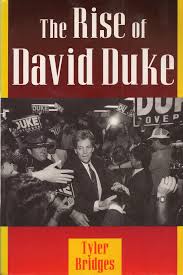 "WASHINGTON -- House Majority Whip Steve Scalise (R-La.), whose office has been beating back criticism about a speech he gave at a 2002 gathering hosted by a white supremacist group, received some ill-timed praise from the group's founder Monday evening. The notorious former Ku Klux Klan leader David Duke described Scalise as 'a fine family man' with whom he often agrees.

"For his part, Scalise's office has said he was unaware of the white supremacist group's views when as a state lawmaker, he spoke at the 2002 conference. But in 1999, then-state Rep. Scalise told a Washington newspaper that he agreed with many of Duke's 'conservative' views..."

...because Stevie SAYS he isn't a bigot, and he doesn't support anything he read about himself!

"Steve Scalise: 'I detest any kind of hate group.'"

"Louisiana Rep. Steve Scalise said he doesn't support 'any of the things I read about' a white supremacist group that organized an event at which Scalise appeared in 2002.

"In an exclusive interview Monday with NOLA.com | The Times-Picayune about the growing controversy over his appearance at the Metairie event, Scalise said it is ridiculous to suggest he was involved with the group, which was created by former Ku Klux Klan leader David Duke.

"'I didn't know who all of these groups were and I detest any kind of hate group. For anyone to suggest that I was involved with a group like that is insulting and ludicrous,' Scalise said.


"The congressman -- who was a state representative 12 years ago -- said he doesn't remember speaking at the event, but that he talked to several civic groups and other organizations throughout the state about his opposition to the Stelly tax plan that spring..."

So I think we should give him the benefit of the...whoops!

And that's the end of the story... 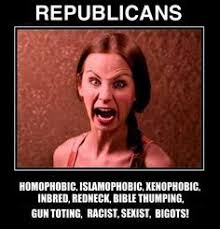 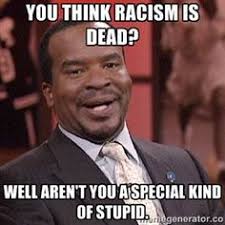 Of course racism isn't dead in Dixieland according to the Fascist Five in the Supreme Court, but the last time we checked, Louisiana was south of the Mason-Dixon line.

When Conservatism is criminalized, the racists and evangelicals will probably stay home and let the rest of us vote for candidates who can HELP democracy, not hinder it.

Let's give criminalization a chance.

"Blacks Bought A Lot Of Propaganda On The Liberal Plantation."