Who Are These (Conservative) Guys, Anyway?


If you haven't understood what the Conservative "movement" is all about, take a look at their wanna-be rulers first... 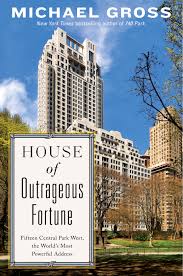 "Some people say inequality doesn’t matter. They are wrong. All we have to do to see its effects is to realize that all across America millions of people of ordinary means can’t afford decent housing.

"As wealthy investors and buyers drive up real estate values, the middle class is being squeezed further and the working poor are being shoved deeper into squalor — in places as disparate as Silicon Valley and New York City.


"This week Bill points to the changing skyline of Manhattan as the physical embodiment of how money and power impact the lives and neighborhoods of every day people. Soaring towers being built at the south end of Central Park, climbing higher than ever with apartments selling from $30 million to $90 million, are beginning to block the light on the park below..."

And here are some of the typical billionaires preying on your meager savings...

Now that you know who the Cons are working for, let's take a look at some of the typical Conservative pols and other Conservative con artists so that we can understand their War Against Women and The Poor...

"Say what you will about GOP politicians, but they’ve got brazen gall to make Caesar  jealous. Can you imagine the incredible audacity, the pathologically titanium testes it must take for a congressman to criticize other people for 'taking bribes,' 'receiving lifetime government benefits,' and 'not working for their money?' This, from someone who makes six figures to work 100 days out of the year. You’d think a sane person in that position would avoid mentioning those things at all. But, then again…this is the Republican Party we’re talking about.

"Wisconsin’s Glenn Grothman is one of many Republicans to make it to office as a result of this year’s zombie mid-terms. He beat incumbent Democrat Mark Harris 57-40 in a state that saw a 55 percent voter turnout. Meaning, he was elected to Congress by about  31 percent of Wisconsin’s voters. And that 31 percent apparently really, really doesn’t like poor people.


"On Sunday, Grothman came out with a pretty strong statement against the current welfare system. He’s said in the past that it’s “destroying families,” tangent to his rabid hatred of single parenthood. Now that he’s looking at a new office next month, Grothman has stepped up the rhetoric, claiming that the government is effectively “bribing” single parents to stay unemployed and have children out-of-wedlock..."

And when they're that power hungry and money hungry, it's no wonder that the Cons are the biggest sexual deviants around as they continue their sexcapades...

"The former chairman of the Montgomery County Republican Committee in Pennsylvania has pleaded no contest after being accused of sexually assaulting a woman following a GOP event.

"Robert Kerns, 67, pleaded no contest to a misdemeanor count of indecent assault.

"'This is absolutely a conviction,' Deputy Attorney General Daniel Dye said on Monday, according to Montgomery News. 'There is no difference under the law between a guilty plea and a no-contest plea. In other words, a guilty-plea is ‘I did it’ and a no contest plea is ‘you got me.'

"Kerns allegedly drugged the victim, an employee of his law firm, last year by putting insomnia medication in her drink during a Republican Party dinner, then raped her multiple times when she passed out.


"He will serve two years of probation, and is required to register as a sex offender for 15 years..."

Class Warfare is their greatest calling, of course...

And that threat is anti-American and criminal to boot...

When they're seeking revenge, it's best you know your typical Conservatives - because they're coming after YOU...

This is their strategy... 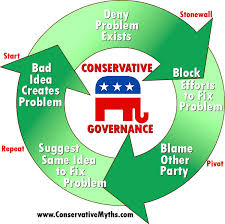 So God help you if you want a Conservative to help your country and its People...because Conservatism kills.

Conservative Sheeplets and politicians follow their leaders' examples and claim that any little thing that helps the unfortunate and those in need is socialism.

Why? Because it takes taxes to do the job and America's billionaire class HATES taxes and expects its drones to eliminate any taxation on the rich.

Our Founding Fathers warned us about this, but the Conservative noise machine drowned out any effort to warn the people that the takeover by the upper class was immenent.

Conservatism is a criminal mindset and Conservatives are our most honored criminal class, close to eliminating the middle class unless...we criminalize Conservatism.

"Mr. Nixon has, in the last seven days, called me an economic ignoramus, a
Pied Piper, and all the rest. I’ve just confined myself to calling him a Republican.
But he says that is getting low."