What Is It About Conservatives And Sex?

We stumbled on these quotes the other day, and they got us to wondering what Conservatives really think about sex...

"1. Remember this woman during the abortion debate in Texas last year?..You better glue your jaw shut. I for one was SHOCKED to hear such a thing fall from a woman’s mouth.

'If a woman is raped… We have hospital emergency rooms,' Rep. Jodie Laubenberg (R) insisted. 'We have funded what’s called rape kits that will help the woman, basically clean her out. And then hopefully that will alleviate that.'

"2. What? Since when did women get prostrate cancer?

'As a man, would it interest you to know that Dr. Brownstein just published an article that links the pill to prostate cancer?'- state Rep. Jeanine Notter (R)

"3. 'Abortion causes Breast Cancer!' We’ve all heard Republicans spin this tall tale and in New Hampshire back in 2012 they even included it in a bill. In fact a lot of states have this on the books, such as Kansas who enacted a similar bill a year later in 2014, or tried sneaking it into a bill. Doctors in NH have to tell their patients that abortions cause breast cancer even though the American Cancer Society says otherwise. In N.C they recently passed a bill that went a step further. Under the bill, students in seventh grade would be taught that abortion, smoking, drinking, illicit drug use and inadequate prenatal care are “preventable behaviors” that cause preterm births. Not a quote but it is worth remembering.

"4. Somebody has a poor understanding of how the female body and insurance work….why am I not surprised?

'She wants to be paid to have sex. She’s having so much sex she can’t afford the contraception. She wants you and me and the taxpayers to pay her to have sex.' -Rush Limbaugh on Sandra Fluke wanting her insurance that SHE pays for to cover the cost of her birth control.

(Go here for rest of the quotes and the sources --> http://samuel-warde.com/2014/10/10-ignorant-sexist-quotes-womens-issues-republicans/)

We know how they feel about marriage equality...

And we know how they feel about rape...

But they are petrified of any kind of sexual freedom...

"Why Are Conservatives Petrified of Sexual Freedom?"

"Right-wingers seem to have a deep-seated fear of women's sexual rights.

"There’s a tendency among prominent anti-choicers to speak elliptically of their beliefs, knowing that straightforward statements of hostility to sex and women’s rights tend to run ordinary people off. But occasionally one of them gets a little slack and ends up saying to the public at large the sort of things they usually try to say only to each other. That’s  how Mississippi Governor Phil Bryant ended up saying on the radio recently, '[T]he true hypocrisy is that [liberals’] one mission in life is to abort children, is to kill children in the womb.'

...unless it's their own sexual freedom, like this guy. "Sample of the Thousands of Republicans listed:

"Republican city councilman John Bryan killed himself after police began investigating allegations that he had molested three girls, including two of his adopted daughters, ages 12 and 15.

"Republican Homeland Security deputy press secretary Brian J. Doyle , 55, was arrested Tuesday night, April 4, 2006 and charged with trying to "seduce'' a 14-year-old Polk County girl with graphic talk over the Internet. On March 12, Doyle contacted a 14-year-old girl whose profile was posted on an AOL Web site, according to the Sheriff's Office release. Initially, detectives thought Doyle was posing as someone working for the U.S. Department of Homeland Security. But they soon learned otherwise when he sent a picture to the girl over the Internet wearing an official ``DHS tag'', Judd said.

"The former head of the Michigan Federation of Young Republicans, Michael Flory, admitted Tuesday that he sexually abused a colleague during a national convention in Cleveland last summer

And finally from our friends over at Aatp.org, these guys...

"And now, AATTP presents… 10 bible-thumping right-wing ‘Christians’ caught in the act of flaunting their power for sex or money.

"Scandal among the very religious is nothing new: in the history of mankind, one finds hundreds of instances. From the Bacchanalian scandals of ancient Rome to Sister Aimee Semple McPherson’s 'disappearance' to Jimmy Swaggart’s extracurricular activities, those who claim to be beyond reproach have been exposed as liars. These scandals prove that the ones who speak out against sin are often indulging in it behind the scenes. When they are found out, it’s often a perfectly apropos comeuppance.

"For many, when we see these purveyors of hypocrisy fall, we nod knowingly and chalk up another win for perfect karmic conclusions. While this sort of thing happens with prominent members of other faiths, it is seeing smug “Christians” fall into their self-made traps that feels the most satisfying.

"The men — and it’s almost always men — who preach to thousands about the sins they must avoid in order to be taken in at the Pearly Gates, seem to be vulnerable to those very sins. Usually lust and greed are the most tempting sins, prompted by the love of power.
The Bible has something to say about all of those but these men cherry-pick that book when it comes to their own lives..." (Go here for the 10 right-wing 'Christians' fall from grace --> http://aattp.org/busted-10-bible-thumping-conservative-christians-who-have-publicly-fallen-from-grace/) 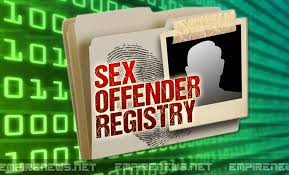 We may not have answered the question, but we've sure identified the problem and it probably isn't because of poor toilet training.

The question is important because it shows the level of hypocrisy in the GOP, and with Conservatives in particular.

If an anonymous organization told us how holy they were, yet were guilty of the crimes listed above, would you have any hesitation in labeling them a criminal organization?

"If it's inevitable, just relax and enjoy it."