Is The Republican Party Really A "Political Party?" 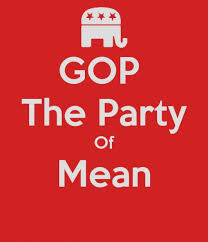 Lyndon Johnson once said, "Democrats legislate, Republicans investigate," and nowhere can this be seen as clearly as the Benghazi "investigations" that Darryl Issa is wasting our time and money over, just to take our minds away from their class warfare against the People.

But how do we know that the Cons investigate because they don't know how to govern, who says so -- some Democrat?

Okay, that's ONE Republican. And he flip-flopped, bet you can't come up with any more...

"Glenn Beck Confirms That He Really Was Crazy When He Said All Those Crazy Things." "On his Internet videocast yesterday, Beck spent a tearful hour disclosing to his wingnut congregation that for the last several years he has been suffering from a rare neurological disorder.


"About five years ago, right around the time we met in Washington, D.C. for 8/28, I had begun to have a string of health issues that, quite honestly, made me look crazy. And, quite honestly, I felt crazy because of them."

"Beck described an array of symptoms that included seizures, problems with his vision, pain in his arms and feet, and insomnia. Additionally, he said that there were cognitive problems that affected his memory and ability to perform simple mental tasks..."

But we strayed from the question, "Is the GOP really a political party?"  We might learn more if we study their operatives, here...

And sooner or later, here...

Because that's who they are, and the answer to our question is supplied by the Fascist Five of the Supreme Court day after day and election after election...

Here's a bit of recent history to help us out some more... 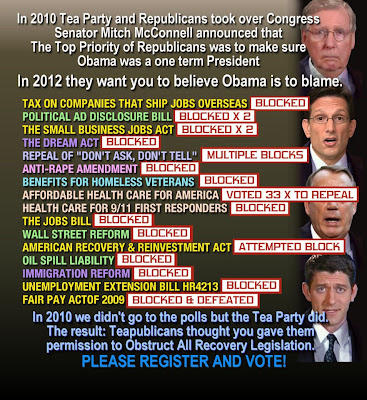 And when you believe those gangsters in the GOP, everything works out badly for the country...

Here is what they say and do... 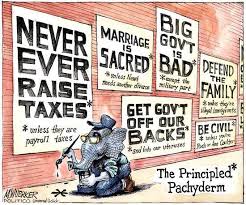 And here is what you get when you confuse "criminal cartel" with "political party."

They steal our elections through gerrymandering, voter suppression, voter intimidating, and out and out voter fraud.

They lie to get into office, then steal everything they can to give our money to the richest 1 percent, and they deny us the protections we need, which results in death and misery.

Is murder too strong a word? If not, we've just defined Conservatism.

So if the GOP is a criminal cartel masquerading as a political party, what can we do about it?

We need to criminalize Conservatism NOW.