The Incredible Stupidity of The Average Conservative

It's been awhile since we talked about the incredible stupidity of the average Con, and even though we've posted 177 essays about the fact that Conservatives Are Stupid, they keep giving us more proof of their intellectual disabilities...There's even a Facebook Page dedicated to them.

The notion that Conservatives are stupid isn't a fable, it's a fact...

"Evolutionary psychologist Satoshi Kanazawa at the the London School of Economics and Political Science correlated data on these behaviors with IQ from a large national U.S. sample and found that, on average, people who identified as liberal and atheist had higher IQs.

(Note: A 100 IQ is "average," and by extension Conservatives are below average in intelligence and Liberals are above average.)

It takes a below-average mentality to espouse Conservatism...

But the Cons aren't the only ones with head problems, as we wonder how we can be manipulated by stupid people...

"Why Are Americans So Easy to Manipulate and Control?" 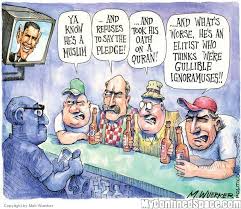 "Shoppers, students, workers and voters are all seen the same way: as passive, conditionable objects.

"'What a fascinating thing! Total control of a living organism!  — psychologist B.F. Skinner

"The corporatization of society requires a population that accepts control by authorities, and so when psychologists and psychiatrists began providing techniques that could control people, the corporatocracy embraced mental health professionals.

In psychologist B.F. Skinner’s best-selling book Beyond Freedom and Dignity (1971), he argued that freedom and dignity are illusions that hinder the science of behavior modification, which he claimed could create a better-organized and happier society..."

If you don't believe us, try posting this on a Conservative Page...

"California voters have overwhelmingly approved plans for a high-speed rail link to Hawaii.

"According to election officials, Proposition 49 -- which would use public money to build a 2,600-mile-long undersea rail tunnel between Honolulu and Los Angeles -- passed with a resounding 78 percent of the VOTE.

"The tunnel would be 185 times longer than the longest undersea tunnel in the world, the Seikan Tunnel in Japan. The total cost of the project is estimated at $587 billion and barring any court challenges construction is expected to begin in 2018..." 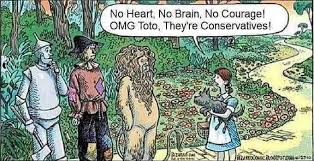 As we know, the Republican Party is made up of a few smart people and a whole lot of dumb ones.

Elections haven't worked.  In fact, nothing has worked since the Roosevelt years.

There is only one way to stop them...by criminalizing Conservatism.