What Is It About Conservatives And Propaganda?

Propaganda is information that is purposely designed to persuade or mislead people, and boy do the Conservatives have that down pat!

Here's WHY the Cons have to resort to propaganda over facts...

"Why conservatives prefer propaganda to reality." "A new Pew study on America's media consumption offers a window into the right's collective mindset.

"Pew Research set out to find what’s behind what it considers the increasing political polarization of the United States; why the country is moving away from political moderation and becoming more and more divided between liberals and conservatives. Its first report on the phenomenon, which examines where people are hearing news and opinion in both regular and social media, shows that this is happening for very different reasons among people moving to the right than for people moving to the left.

"Or that’s the charitable way to put it. The less charitable way is to say Pew discovered that conservatives are consuming a right-wing media full of lies and misinformation, whereas liberals are more interested in media that puts facts before ideology. It’s very much not a 'both sides do it' situation. Conservatives are becoming more conservative because of propaganda, whereas liberals are becoming more liberal while staying very much checked into reality.

Enter right-wing media, which has a nifty trick of convincing audiences it’s the other guys who are the liars, all while actually being much less trustworthy in reality.

And the result of all that poisonous propaganda? "Propaganda is to a democracy what the bludgeon is to a totalitarian state." Noam Chomsky, Media Control: The Spectacular Achievements of Propaganda.

Here's how it's done, brought to you by the Conservatives' favorite role models... 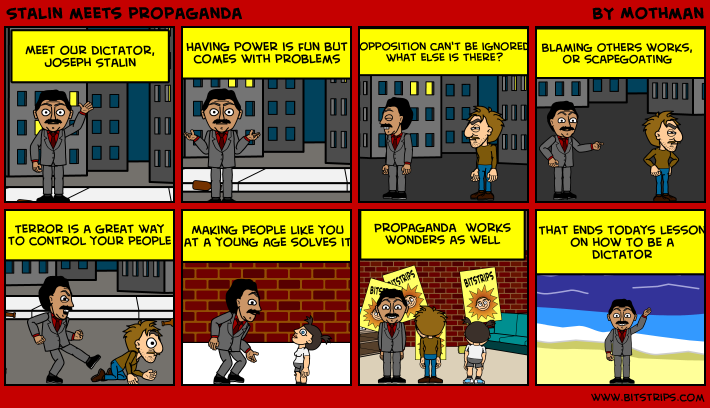 So let's take a look at the wide, wonderful world of Conservative propaganda... Some people think Conservative propaganda comes out of the same kind of machine they get their laws from... 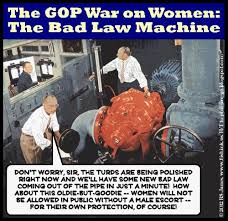 ...and some think it all comes from the mouth of this guy: 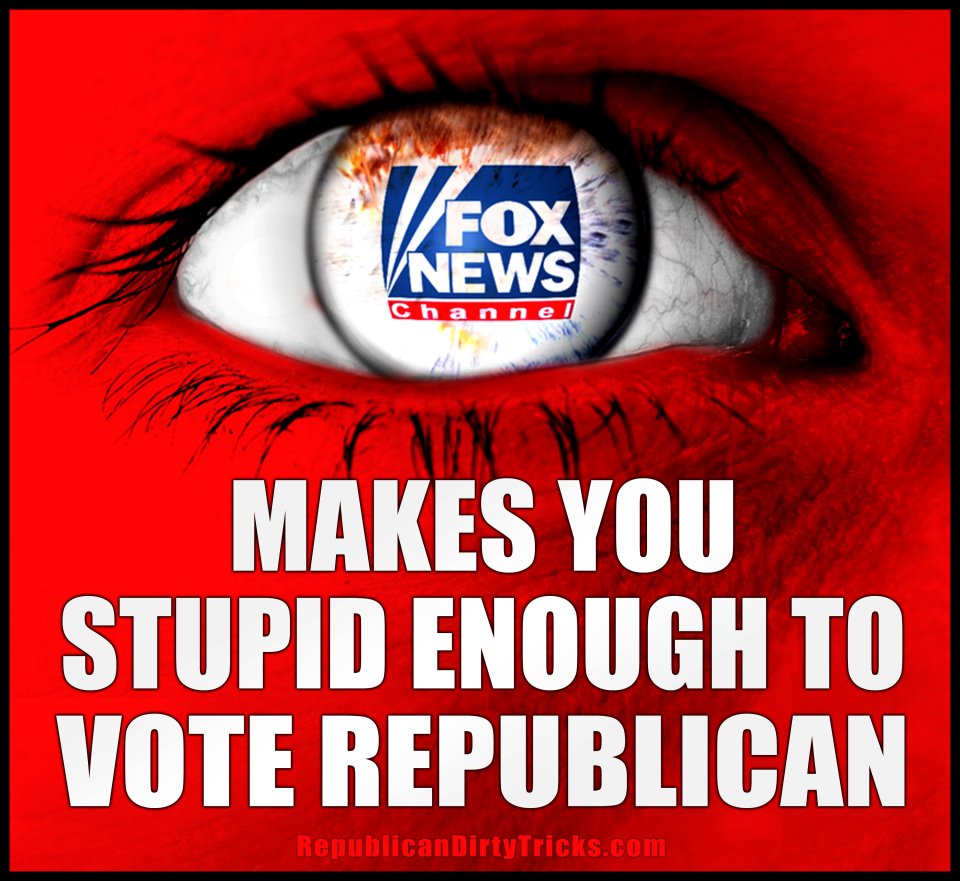 But we do know that Conservative propaganda is VERY dangerous to your health...

And health-wise it's very dangerous for ALL of us...

And here's one of the biggest propaganda efforts ever...think about it when it's time to vote. 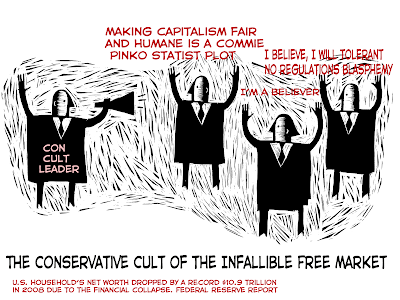 Almost all politicians use propaganda to an extent, but Conservatives are past masters at it. Goebbels, Stalin, and Goering were experts too, and don't for a minute doubt that the Cons' campaign strategists haven't read about their methods.

When voters are kept ignorant by a media that doesn't expose Conservative propaganda, the results are all too obvious. And it isn't even un-American - it's anti-American.

Coupled with the vast ignorance of the Low Information Voter, gerrymandering, and other forms of vote theft, the Cons are the capos of American politic.

Shouldn't we do something about it?

"It would not be impossible to prove with sufficient repetition and a psychological
understanding of the people concerned that a square is in fact a circle. They are
mere words, and words can be molded until they clothe ideas and disguise."