What In The World Happened To Responsible Journalism In This Country?

With tongue in cheek, the late Christopher Hitchens once said, "I became a journalist because I did not want to rely on newspapers for information," and we often wonder - what ever happened to GOOD journalism in our country?

Sure, the reporters are usually progressive and the publishers are usually Conservative, but this has usually been true in our past...but what's different now?

The "news" is now propaganda and invective, or the news is carefully omitted from our view by people...like these guys:

"Fox News Hosts Tell Young Women Not To Vote, Go Back To Tinder And Match.com." 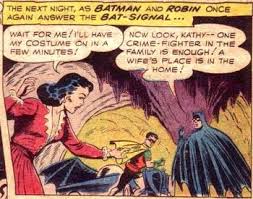 "Fox News is discouraging young people from voting again, but this time the target is more specific: young women.

"'The Five' co-host Kimberly Guilfoyle said Tuesday that young women should excuse themselves from voting in the upcoming midterm elections because they don't share the same 'life experience' as older women and should just go back to playing around on Tinder and Match.com.

"'It's the same reason why young women on juries are not a good idea,' Guilfoyle said. 'They don't get it!..'"

And editors are responsible to see that their viewers and readers are kept up to date on the important news stories, not fraudulent pieces direct from the GOP...

But we shouldn't pick on Fox News, should we?

So let's see what the scientists say about Faux Snooze...

"The Science of Fox News: Why Its Viewers Are the Most Misinformed." 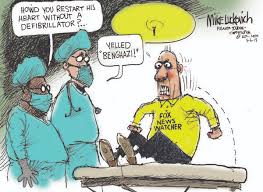 "Authoritarian people have a stronger emotional need for an outlet like Fox, where they can find affirmation and escape factual challenges to their beliefs."

"Editor's note: This is an excerpt from Chris Mooney’s book The Republican Brain: The Science of Why They Deny Science and Reality. 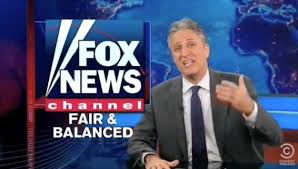 "Stewart’s statement was factually accurate, as we’ll see. The next day, however, the fact-checking site PolitiFact weighed in and rated it 'false.' In claiming to check Stewart’s 'facts,' PolitiFact ironically committed a serious error—and later, doubly ironically, failed to correct it. How’s that for the power of fact checking?

"There probably is a small group of media consumers out there somewhere in the world who are more misinformed, overall, than Fox News viewers. But if you only consider mainstream U.S. television news outlets with major audiences (e.g., numbering in the millions), it really is true that Fox viewers are the most misled based on all the available evidence—especially in areas of political controversy. This will come as little surprise to liberals, perhaps, but the evidence for it—evidence in Stewart’s favor—is pretty overwhelming..."

Of course some people believe the old  saw that says birds of a feather flock together...

"Fox News Isn’t The Problem, The People Who Watch It Are." 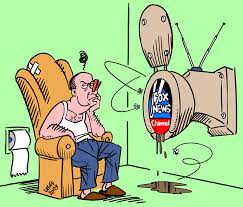 "Man, it seems like every time you turn around, Fox News is doing something else that is absolutely 'OUTRAGEOUS' or bigoted, or… well, you get the point. Whether it is blaming Secret Service incompetence on gender equality or playing the six degrees of separation with Benghazi on almost any news story, you can bet that at any hour of the day, they’re doing something that will be addressed with shock or laughter on The Daily Show or elsewhere. In fact, you could probably make a living just reporting on all of the ridiculous things they do over there, and there are sites like mediamatters.org that are set up for that exact purpose.

"Recently, Allen Clifton wrote an article titled 'The Only Way To Fix Our Government Is If Conservatives Stop Watching Fox News,' which seems like a good idea, but it’s not just as simple as that. While it would certainly be great for conservatives to stop watching Fox News, there’s still a plethora of even more outrageous and even more insane right-wing media sources out there that would gladly fill the void if Fox suddenly went off the air..."

Much of Fox News is driven by their Tea Party zombies, of course...

But when all is said and done it sometimes takes a foreigner to get to the root of the REAL problem...

"Monty Python’s John Cleese: FOX News People Are Too Stupid to Know They Are Stupid (Video)." 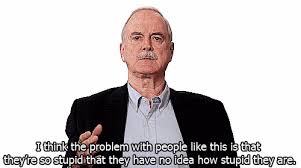 "In a Q&A video, Cleese said, 'I think the problem with people like this is that they are so stupid that they have no idea how stupid they are.'

"'If you’re very, very stupid,' he says, 'How can you possibly realize that you’re very very stupid? You’d have to be relatively intelligent to realize how stupid you are.'

"He cited some research by David Dunning at Cornell. He says that Dunning has pointed out that knowing how good one is at something 'requires exactly the same skills as it does to be good at that thing in the first place.'

The lesson couldn't be clearer. There is very little responsible journalism in America. When one "news" network admits they have "no legal obligation to be truthful in its reporting," and when it bases its programming on hate and fear, you'd have to be an idiot to watch that network.

Or you could be real stupid.

In any case, the ability of Conservatives to broadcast their lies over our airwaves is wrong, and SOMETHING should be done...

"If I want to knock a story off the front page, I just change my hairstyle."