Are The Two Parties The Same? Let's Take A Look... 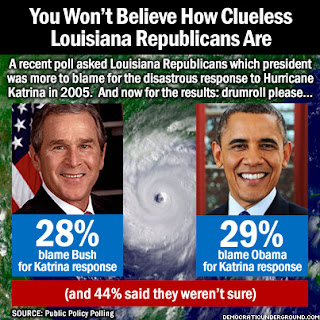 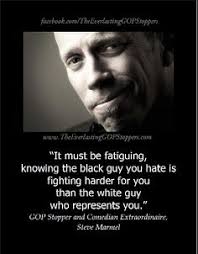 "'There’s no difference between the two parties!'

"You’ve seen it on Facebook. And twitter. On Tumblr. All over the place. Usually by “libertarians” who – if you dig further into their likes – it’s all Ted Cruz and Rand Paul and Paul Ryan.

"Here’s the thing: I believe 'there’s no difference between the two parties' is a coordinated effort to disillusion the democrat vote. And I think after six years of a constant conservative negative drumbeat, it’s working. It is exhausting, after all.

"Is Obama the perfect candidate? Did he deliver everything he promised? Is the world super awesome? No. It is not.

"We would be living in the Christian equivalent of a Muslim theocracy. Is that what you want?

"Because every person who says 'I’m not voting, there’s no difference,' is handing a vote to someone who is saying 'I want to roll back everything. Your rights. Social security. Work place protections. Air quality. Healthcare...'"

You're still think the Dems and Repubs are the same? This "letter to the editor" explains a few of the more important differences, differences made obvious by who the Parties attack...

"You can tell a lot about a political party just by noticing what offends them.

"In general, we Democrats are offended by poverty, hunger, allowing children to die from purely preventable diseases, students drowning in debt, growing wealth inequality, and that senior citizens too often die alone in poverty, after a lifetime of hard work and community involvement. We are upset by the astronomically high incarceration rate and social issues like racism, sexism, classism, homophobia, and religious bigotry. Environmental destruction and the never ending greed that motivates it is also deeply offensive to Democrats.

"On the other hand, Republicans are outraged by food assistance for the poor with a special emphasis on children benefitting from food stamps, school lunches, and Head Start. They are offended by clean energy initiatives, healthcare for all, raising the minimum wage, marrying who you love, public schools, teacher’s wages, science, global warming, a woman's right to choose, veteran's care, equal pay for women, GMO-free food, voter’s rights, the separation of church and state, and teaching evolution in the schools. They fight against paying taxes, campaign finance reform, regulating Wall Street, Big Pharma and punishing corporations who send our jobs overseas.

"In November, 100% of young adults will be adversely affected by Republican policies, but ironically, only 23% are expected to turn out to vote in order to make their own lives better. This election is NOT about 'voting for the lesser of two evils' - it is voting for the party who is working to fight evil and not always winning, but is willing to keep on trying.

But if you like pretty pictures, this one also spells out who gets attacked by the Cons...

The Cons think one of the differences between the Parties is "leadership..."

So here's one of their leaders with a few things that the Cons believe in...

And here's one of their followers...

Some even think that the spokesmen for the GOP over at Fox News is only made up of old, white men...

But the Cons always deny that there are racists in their group...could they be lying? If they are lying, that COULD be a problem down the road...

...because the Republican Conservatives are the Masters of Mankind!

And even though the Other Party keeps trying to steal our votes, there really is a difference that can be settled on Election Day... 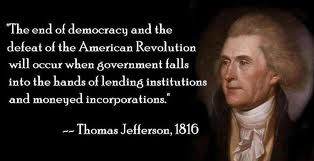 As we've been preaching, the phony social issues claimed by the Republican/Conservatives as their own are nothing but smoke to attract the dumbest among us. Class warfare defending greed is the real difference.

The REAL difference between the two Parties is economic, and believe it or not Thomas Jefferson had the Conservatives' number:


"Men have differed in opinion and been divided into parties by these opinions from the first origin of societies, and in all governments where they have been permitted freely to think and to speak. The same political parties which now agitate the U.S. have existed through all time. Whether the power of the people or that of the [aristocracy] should prevail were questions which kept the states of Greece and Rome in eternal convulsions, as they now schismatize every people whose minds and mouths are not shut up by the gag of a despot. And in fact the terms of Whig and Tory belong to natural as well as to civil history. They denote the temper and constitution of mind of different individuals." --Thomas Jefferson to John Adams, 1813."

"The division into Whig and Tory is founded in the nature of man; the weakly and nerveless, the rich and the corrupt, seeing more safety and accessibility in a strong executive; the healthy, firm, and virtuous, feeling confidence in their physical and moral resources, and willing to part with only so much power as is necessary for their good government; and, therefore, to retain the rest in the hands of the many, the division will substantially be into Whig and Tory." --Thomas Jefferson to Joel Barlow, 1802."

Other countries have multiple political parties and we can do without the GOP but when all is said and done, Conservatism is a vast, criminal cartel that needs to be abolished - NOW.