Does Conservatism Thrive On Phony Issues And Phony Scandals?


You'll note in our daily quotation below a Blast From The Past from Dave Letterman, "Hookers in Times Square, God bless 'em, are offering a Mitt Romney Special. For an extra $20 they'll change positions."

Romney's downfall may have been the fact that the Conservative leadership only has one issue -- the care and feeding of their wealthy benefactors - but they need more than this core issue to woo their sheeplets and Low Information Voters.

From abortion to States' rights to Benghazi, the Conservative base must be fed their daily doses of nonsense and hate to keep their blood boiling, especially the right wing Xtians - for example...

"WASHINGTON (AP) — Prospective Republican presidential candidates are expected to promote 'religious liberty' at home and abroad at a gathering of religious conservatives, rebuking an unpopular President Barack Obama while skirting divisive social issues that have tripped up the GOP.

And whenever the Cons try to jumpstart another phony issue, an adult has to clean up the mess...

"NEW YORK –- Dan Pfeiffer said Thursday that the president’s 'latte salute,' the Twitter-fueled media outrage of the week, epitomizes just how 'fake the whole conversation' around politics can be.

"Pfeiffer, a senior adviser to President Barack Obama and a longtime communications operative, said that 'no one in the political sphere' trying to make a story out of the president greeting a couple of saluting Marines with a beverage in hand 'actually believes that this somehow indicates some disrespect.' (And for the record: Obama was drinking tea, not coffee.)

Of course, all Cons are SUPER-patriotic...

"Jon Stewart Tells Fox News: 'Fuck You And All Your False Patriotism.'" 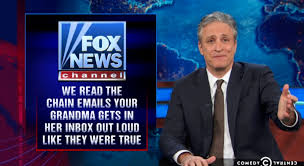 "Jon Stewart has a message for Fox News on #LatteSalute: 'SHUT UP.'

"The network's talking heads have been attacking President Barack Obama for saluting two U.S Marines with a coffee cup in his hand. But on 'The Daily Show' on Thursday night, Stewart wasted no time pointing out the hypocrisy.

"'You don't really care about this,' he said. 'You have no principle about this. You're just trying to score points in a game no one else is playing -- and here's how we know.'

"And with that, he played a series of clips showing commentators on the one hand demanding respect for those in uniform putting their lives on the line while on the other hand insulting a female fighter pilot leading the attack on ISIS militants.

"'Fuck you, and all your false patriotism,' Stewart said..."

Lies and phony issues are all the Cons can come up with...

And in the final analysis this is what the Cons are really all about... 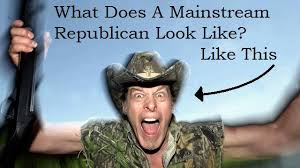 Phony issues and phony scandals from mainstream Conservatism's class warfare are infecting our nation and the world.

The twin scourges of political life, the Conservatives and the Low Information Voter, lap this stuff up like starving dogs and everyone else suffers as the Cons impose their will upon the People.

What can we do about it? The Conservative Sheeplets do what they are told, the media marches in lockstep with the Conservative leadership and propagandists, the Low Information Voter votes via the previous day's headlines, and the rest of the 99 percent don't vote.

Once we get a true progressive government we still have the money of the wealthiest among us to control politics and the only sure way to restore democracy to an embattled nation is to...