What was the original Murder, Inc? According to Wikipedia:

"Murder, Inc. (or Murder Incorporated) was the name the press gave to organized crime groups in the 1930s through the 1940s that acted as the 'enforcement arm' of the American Mafia, the early organized crime groups in New York and elsewhere. The groups were composed of largely Jewish-American and Italian-American gangsters from the Brooklyn neighborhoods of Brownsville, East New York, and Ocean Hill. Originally headed by Louis 'Lepke' Buchalter, and later by Albert 'The Mad Hatter' Anastasia, Murder, Inc. was believed to be responsible for between 400 and 1,000 contract killings, until the group was exposed in the early 1940s by informer and group member Abe 'Kid Twist' Reles. In the trials that followed, many members were convicted and executed, and Abe Reles himself died after falling out of a window. Thomas E. Dewey first came to prominence as a prosecutor of Murder, Inc. and other organized crime cases..."

These guys were amateurs compared to today's Conservatives, because crime always pays for Conservatives. They've got this guy, for example...

And all of these guys...

But to give them credit, they always focus on the important things...

Sometimes we figure out which syndicate is killing us...

And sometimes we have to shove one of their capos out of the closet...

Finally, it's all about which Conservative lies the best and most often... 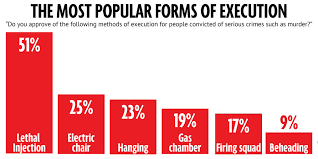 Conservatism is nothing more than Murder, Inc. without the pinstripe suits and gats, and because they are a "political" entity they always get away with murder...and lying...and stealing.

Underneath the $100 haircuts, wide grins and beaming faces a Conservative is a criminal.  Underneath the rhetoric and slimy campaign ads the Republican Party is just a front for the biggest criminal organization in history -- Conservatism.

"I wonder if it's possible to be a Republican and a Christian at the same time."