What Does Biology Have To Do With Being A Conservative? 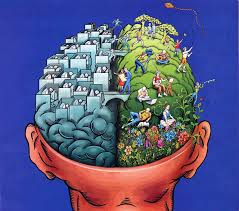 Wikipedia's entry, Biology and political orientation starts us on our way to finding out the relationship between the Conservatives and normal people:

"A 2011 study by cognitive neuroscientist Ryota Kanai's group at University College London published in Current Biology, found a correlation between differences in political views and differences in brain structures in a convenience sample of students from University College London. The researchers performed MRI scans on the brains of 90 volunteer students who had indicated their political orientation on a five-point scale ranging from 'very liberal' to 'very conservative'. Students who reported more 'conservative' political views tended to have larger amygdalae,[2] a structure in the temporal lobes that performs a primary role in the processing and memory of emotions. On the other hand, more 'liberal' students tended to have a larger volume of grey matter in the anterior cingulate cortex, a structure of the brain associated with monitoring uncertainty and handling conflicting information. The authors concluded that, ;Although our data do not determine whether these regions play a causal role in the formation of political attitudes, they converge with previous work to suggest a possible link between brain structure and psychological mechanisms that mediate political attitudes." In an interview with LiveScience, Ryota Kanai said, 'It's very unlikely that actual political orientation is directly encoded in these brain regions', and that, 'more work is needed to determine how these brain structures mediate the formation of political attitude...'"

Let's find a few recent studies to show the difference between the Conservative and Liberal brains... 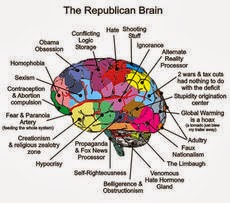 "A new poll found that liberal parents put a much greater emphasis on teaching their children to be creative and tolerant towards others, while conservative ones focus on ensuring children are obedient and religious. And doesn’t that just sum up our nation’s ideological divide right there?...

"But there are differences. And while they may not be exactly revolutionary, they may help to explain why it sometimes feels like conservatives and liberals are talking passed each other.

"When it comes to certain life lessons, conservative parents and liberal parents are completely different animals. Which are the biggest?

"In the case of liberals, one of the highest priorities is to teach their children to be tolerant of other people and ideas. A full 88 percent of those who identify as 'consistently liberal' said they find tolerance to be of the utmost importance. Conservatives, not so much. The same question, put to those who are 'consistently conservative,' found that just 41 percent felt 'tolerance' was important for kids to learn.

In another example, liberals were adamant about teaching their children things like creativity, curiosity and empathy. In all three categories, almost all of the most consistently liberal parents felt strongly about these issues. Conservatives couldn’t be more different. In 'empathy,' for example, just 55 percent said they felt it was important their children learned to empathize with others...

So Conservatives are intolerant, uncreative, incurious, and nonempathetic. What else do we know about Conservative intolerance...

"A new survey by the Pew Research Center shows that liberals think teaching tolerance to children is far more important than instilling religious faith, whereas conservatives think the exact opposite.

"Pew points to increasing political polarization as a reason for major divergence between conservatives and liberals on what to teach children..."

You're probably asking yourselves this question...

"Do Liberals Really Care More About Empathy Than Conservatives?"

"Based on a longer survey that classified respondents along an ideological spectrum from left to right, the researchers found that 'consistent conservatives' were more likely to prioritize obedience and religious faith in particular, while 'consistent liberals' emphasized tolerance, creativity, curiosity, and empathy for others..."

Did you know that Conservatives are fraidy-cats too?

"Why Is the Conservative Brain More Fearful? The Alternate Reality Right-Wingers Inhabit Is Terrifying." 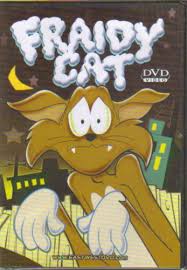 "Walk a mile in your ideological counterparts' shoes...if you dare.

"Consider for a moment just how terrifying it must be to live life as a true believer on the right. Reality is scary enough, but the alternative reality inhabited by people who watch Glenn Beck, listen to Rush Limbaugh, or think Michele Bachmann isn't a joke must be nothing less than horrifying.

"Research suggests that conservatives are, on average, more susceptible to fear than those who identify themselves as liberals. Looking at MRIs of a large sample of young adults last year, researchers at University College London discovered that 'greater conservatism was associated with increased volume of the right amygdala” ( $$). The amygdala is an ancient brain structure that's activated during states of fear and anxiety. (The researchers also found that 'greater liberalism was associated with increased gray matter volume in the anterior cingulate cortex' – a region in the brain that is believed to help people manage complexity.)

"That has implications for our political world. In a recent interview, Chris Mooney, author of The Republican Brain, explained, 'The amygdala plays the same role in every species that has an amygdala. It basically takes over to save your life. It does other things too, but in a situation of threat, you cease to process information rationally and you're moving automatically to protect yourself...'"

So what's all the fuss about the Conservative brain?  Why do their brains have "implications for our political world? Who do the Cons think we are, Romania?

"In 2013, Children in Poverty Grew in 35 of the US's Biggest Cities While the Wealthy Gorged."

"'The United States continues to have one of the highest relative child poverty rates among all developed countries':


"In order to compare rates of poverty across countries many researchers use “relative” poverty rates, which examine a family’s income relative to the average family in the country. A recent report by UNICEF found that the United States had more children living in relative poverty - defined as living in a household in which disposable income is less than 50 percent of the national median – than all but one other economically advanced countries, Romania."

"On September 22, the foundation released an analysis of the 2013 American Community Survey (ACS) from the US Census Bureau. It showed that, "the child poverty rate in the majority of America’s largest cities has not yet returned to pre-recession levels. Among the 50 largest U.S. cities, 35 experienced increases in child poverty rates between 2005 and 2013." We'd like to say we're just kidding, but the thoughts and actions of the American Conservative are driving us to the brink of extinction and have held us up to the ridicule of the rest of the world.

What CAN we do if the Cons' brains are hard-wired to reject tolerance and empathy and accept authoritarianism and hate?

Until the neuroscientists come up with a cure or frontal lobotomies become acceptable in the case of "curing" Conservatism, there's one cure, and one cure only...