If Conservatives Are Murdering Their Own People, Why Aren't We Calling Them Criminals? 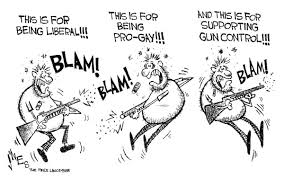 The following article isn't a new story, the Cons have a habit of doing this whenever they can get away with it and the usual victims are the elderly... 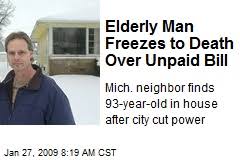 "For some U.S. families, the winter can bring hard economic choices. Heat is a major seasonal expense for those living in cold climates, and many struggling to get by on government assistance or poverty-level wages often have to make a choice between paying the heating bill and buying food. State Low-Income Home Energy Assistance Programs, or LIHEAP, attempt to solve this dilemma by paying for heat so that there’s more money left over for food in the winter months.

Let's take a quick look at how the Cons murder us.  First, they eliminate our health insurance...

(But the Cons claim this isn't true, so let's examine exactly  how many will die at the Conservatives' hands...)

And then the NRA pays them to kill thousands more Americans, including our women and children...

A little genocide, anyone? They SAY that they love their country, then do what they can to kill its inhabitants...

It's a never-ending loop...

The Cons are relentless, and when you vote for one - you kill many, many more...

If you don't pay any attention to politics you are a Low Information Voter, and you're just as responsible for these murders as the Conservative you allowed into office by not paying attention.

"Must be nice to be a Republican senator sometimes, because you get the fun of breaking
sh*t and the joy of complaining the sh*t you just broke doesn’t work."