Why ARE Conservatives So Stupid? 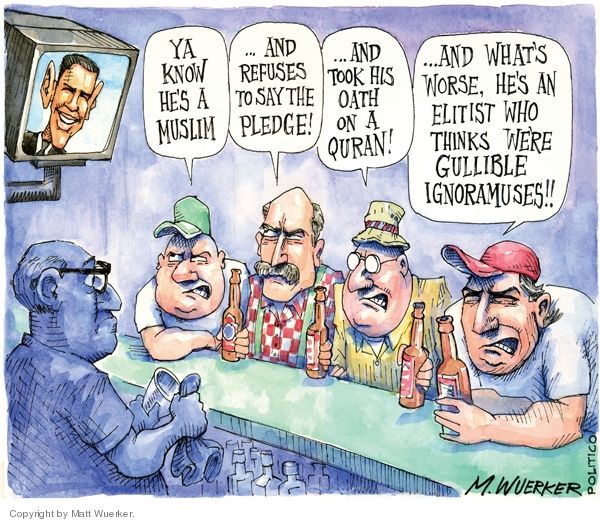 "Decked out in his patriotic American flag vest and carrying his traitorous Confederate flag, our friend Cam began by drunkenly nominating a couple friends. “Alright, let’s get the water goin’ over here,” he said.

"Then he lit his head on fire.

"The plan seemed to be for Cam to light his hat on fire, then have a friend throw the water on him. Seems simple enough. The friend doused him with water, as expected…
…But there’s a TWIST!

"Either something 'extra' was added to the bucket or the amount of water used was insufficient — but our pal Cam went up like an overcooked ‘marshmaller.’ Apparently, Cam has never been to grade school, either, because he completely forgot 'Stop, Drop, and Roll.'

"Screaming, he ran off screen as his friend shouted at him to 'roll on the f*cking ground.'

More from Biology And Political Orientation...

"A 2011 study by cognitive neuroscientist Ryota Kanai's group at University College London published in Current Biology, found a correlation between differences in political views and differences in brain structures in a convenience sample of students from University College London. The researchers performed MRI scans on the brains of 90 volunteer students who had indicated their political orientation on a five-point scale ranging from 'very liberal' to 'very conservative'. Students who reported more 'conservative' political views tended to have larger amygdalae, a structure in the temporal lobes that performs a primary role in the processing and memory of emotions. On the other hand, more 'liberal' students tended to have a larger volume of grey matter in the anterior cingulate cortex, a structure of the brain associated with monitoring uncertainty and handling conflicting information..."

And here are the results of genetic stupidity... "You start talking about poverty in the United States with a right-winger and I can practically guarantee that the first thing they’ll bring up is “how good America’s poor have it,” because with them, it’s race to the bottom. Well, guess what, baseball fans?

"We hit the bottom.

"A new report detailing research done by Brookings suggests that the poor living in the United States are among the poorest people in the world. The Brookings research found that the United States has between 2% and 5% — that’s roughly 6.6 and 16.5 million Americans — living in poverty at the level found in the poorest nations of the world, around $2 per day per person. Which means that, right now, there are anywhere from 6.6 to 16.5 million Americans living in poverty rivaled only in cities like Lagos, Rio de Janerio, and Mexico City. The only reason they appear to have it better is because of the widespread waste culture and scavenging..."

"A Republican nominee for a seat in Colorado’s statehouse accused Democrats of lacking a sense of humor after he said a gay U.S. congressman would soon start beheading Christians.

"'This weekend I sent out an email alert to my constituents in which I used hyperbole,' Gordon Klingenschmitt said in a video uploaded to YouTube on Monday. 'You know what hyperbole is. It’s a literary device where you exaggerate to make a point. Well, apparently some Democrats do not have a sense of humor and they were offended by some of the things I said using hyperbole this weekend.'

More evidence suggesting that Conservatives are fearful and feel disgust more than normal people from Wikipedia's Biology And Political Orientation... 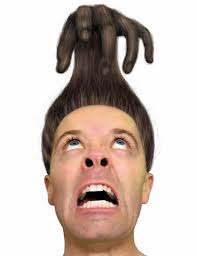 Persons with right-wing views had greater skin conductance response, indicating greater sympathetic nervous system response, to threatening images than those with left-wing views in one study. There was no difference for positive or neutral images. Holding right-wing views was also associated with a stronger startle reflex as measured by strength of eyeblink in response to unexpected noise. A study of subjects' reported level of disgust linked to various scenarios showed that people who scored highly on the 'disgust sensitivity' scale held more politically conservative views..."

Rather than harvesting a few thousand Conservative brains for further research, education may solve the problem of Conservative stupidity...

Or we can just post this pic to the Conservative sites and forums: 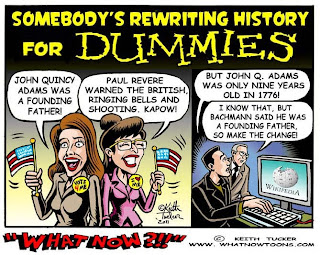 Of the 800-plus essays we've posted since the inception of this site, 167 of them have been filed under the label, "Conservatives Are Stupid."

We've made many suggestions to cure their unfortunate malady, but the best suggestion? Criminalize Conservatism.

Disenfranchizing them would help, but that can be included in the New Rules after Conservatism is made illegal.

Criminalizing the GOP won't do the trick, they'll just change the name of their party to something else.  There are too many to deport or even to correct the problem until stem cell research makes new advancements.

Conservatism is the problem, stupid people make the problem worse, and because Conservatism is a vast criminal organization that has relentlessly throttled the life out of America's democracy, there is only one solution and that is to...