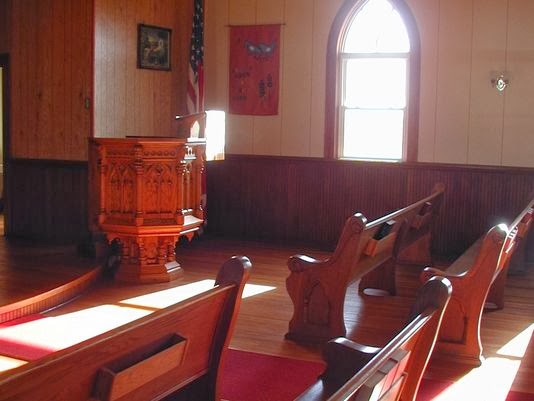 We continue with our religious theme today with a piece from Adam Lee at Alternet.org, "You Wouldn't Believe How Fast Americans Are Losing Their Religion -- But the Fundamentalists Have a Plan."

"As their power declines in America, fundamentalists are moving to developing countries not as far along the secularization curve. And they're causing massive damage.

"Sometime last year, the US quietly passed a milestone demographers had long been predicting: for the first time in its history, this country is no longer majority Protestant. Fewer than 50 percent of Americans now identify as Protestant Christians of any denomination.


"This change has come on surprisingly recently, and from a historical perspective, with breathtaking speed. As recently as 1993, almost two-thirds of Americans identified as Protestants, a number that had remained stable for the several preceding decades. But sometime in the 1990s, the ground started to shift, and it's been sliding ever since. Whether it's the 'mainline' Protestant denominations like Methodists, Episcopalians, Lutherans or Presbyterians, or the independent evangelical, charismatic and fundamentalist sects, the decline is happening across the board. The rise of so-called megachurches, like Rick Warren's Saddleback Church in California or Mark Driscoll's Mars Hill in Seattle, represents not growth, but consolidation.

"What's happening to these vanishing Protestants? For the most part, they're not converting to any other religion, but rather are walking away from religion entirely. They're becoming 'nones,' as the Pew Forum on Religion and Public Life puts it. It seems likely that this is the same secularizing trend being observed in Europe, as people of advanced, peaceful democracies find religion increasingly irrelevant to their daily lives.

"The spokespeople of the religious right have noticed this trend as well, but it's clear they have very little idea what to do about it. In a column from 2005, Albert Mohler, the president of the Southern Baptist Theological Seminary, declared that 'theological liberalism' is at fault for Christianity's decline, and that the only thing they need to do to reverse it is to make 'a bold commitment to biblical authority.' Far from it, the evidence is clear that churches clinging to antiquated dogma are part of the problem, as young people turn away from their strident decrees about gays and women.


"But the footsoldiers of fundamentalism haven't been entirely idle these past few decades. As their power declines in America and Europe, they're increasingly moving abroad, to developing countries not as far along the secularization curve, where they often find a more receptive audience.

"The first example is Uganda, where the most despicable kind of American culture warriors have run amok with horrifying results. Since 2009, the country's parliament has been debating an 'Anti-Homosexuality Bill,' which among other things would establish a crime of 'aggravated homosexuality,' punishable by life imprisonment or death.

"What's less well known is that three American evangelical preachers, Scott Lively, Caleb Lee Brundidge and Don Schmierer, visited the country a month before the bill was introduced, giving talks about how 'the gay movement is an evil institution' which seeks to prey on children, destroy 'the moral fiber of the people,' and abolish marriage and the family and replace it with 'a culture of sexual promiscuity.' Lively boasted that their campaign was 'a nuclear bomb against the gay agenda in Uganda,' and later admitted to meeting with Ugandan lawmakers to help draft the bill, although he professed ignorance of the death penalty provision. Other American evangelicals, including Kevin Swanson and Lou Engle, have also expressed their support for the so-called Kill the Gays bill.

"It's not just LGBT people in Uganda who've been harmed by the spread of aggressive evangelicalism. American megachurch pastor Rick Warren has a Ugandan protege, a pastor named Martin Ssempa, who has preached aggressively against contraception (in one bizarre public stunt, he burned condoms in the name of Jesus). Ugandan president Yoweri Museveni had formerly been a staunch advocate of the so-called ABC program (consisting of abstinence, monogamy and condom use) which successfully reduced HIV infection rates in Uganda; but thanks in part to Ssempa's influence and access, the government was persuaded to stop free condom distribution, and as a result, new HIV infections spiked again. (Ssempa, too, has called for the imprisonment of gay people. President Museveni also has ties to the Washington, D.C.-based fundamentalist group 'the Family,' which has called him their 'key man' in Africa.)

"American evangelicals have spread their poisonous influence to other African countries as well. A report by Political Research Associates, "Globalizing the Culture Wars," chronicles in detail how American religious-right groups, especially the theologically conservative Institute on Religion and Democracy, have worked together with their counterparts in Africa to foment homophobia and oppose feminism and gender equality. Uganda, Nigeria and Kenya, three major English-speaking African nations, have seen the brunt of this effort. As the report says:


"'In Africa, IRD and other U.S. conservatives present mainline denominations' commitments to human rights as imperialistic attempts to manipulate Africans into accepting homosexuality -- which they characterize as a purely western phenomenon... As a direct result of this campaign, homophobia is on the rise in Africa -- from increased incidents of violence to antigay legislation that carries the death penalty.'

"In part, religious conservatives are doing this as a power play against religious liberals in their own countries. Most of the mainline Protestant churches in America and Europe, particularly the Episcopal, Methodist and Presbyterian denominations, have rival left-wing and right-wing branches, and the conservatives want to enlist the African branch of those churches to help them oppose and undercut liberal efforts for social justice. (Conservative Anglicans in America want African Anglicans to help them defeat liberal Anglican proposals to let gay people serve as clergy.) But it's the African people who bear the collateral damage of this cultural proxy war.

"Africa isn't the only place the American religious right is trying to exert influence. Pat Robertson's legal group, American Center for Law and Justice, has branches in Russia, France, Pakistan, Israel and elsewhere, and recently opened a branch office in Brazil. If its American counterpart is any clue, the BCLJ will devote its time mainly to fighting against the expansion of rights for gay and lesbian people and advocating laws that give Christianity special privileges. With a booming evangelical population and its rapidly increasing economic and cultural power, Brazil is a natural place for the religious right to take root, if secular humanists and progressives aren't ready to counter them.

"And when they seize the reins of government here in the U.S., religious conservatives haven't hesitated to spread their views through hard power as well as soft. The most consequential example is the Mexico City policy, also known as the global gag rule. This rule, which was first enacted by Ronald Reagan and since then has been repeatedly reinstated by Republican presidents and canceled by Democratic presidents, states that any group which takes money from American aid agencies can't perform abortions, refer women to other groups that provide them, or even lobby for more permissive abortion laws in whatever countries it operates in.

"Since the U.S. has always been one of the largest supporters of international family-planning efforts, through the United States Agency for International Development (USAID), this puts recipients in an unenviable dilemma: to accept American money, they'd have to turn away women in desperate need of abortion, but if they turned the money down, they'd lose the capacity to serve many more women who need contraception, STD treatment, vaccination, and prenatal care. As Michelle Goldberg writes in her book The Means of Reproduction, the global gag rule has forced the closure of family-planning clinics in Kenya, Ethiopia and elsewhere, depriving women of access to basic health services like Pap smears.

"The point of all this is that stopping the religious right is a global issue. The harm they do in America isn't trivial, but they do far greater harm in developing countries where constitutional protections aren't as strong, and where American money exerts an outsized influence. If we can't stop them here, there are people all over the world who will suffer much worse repercussions.

"The more optimistic way of viewing this is that, when we defeat them at home, we weaken them abroad as well. When they lose elections in the U.S., they can't control foreign aid money to restrict women's right to choose. When we expose them as bullying, homophobic bigots, when we chip away at their following, we deny them the flow of donations they use to spread prejudice in developing nations. For better or worse, what happens in America resonates throughout the world. That's why standing against the religious right is a moral imperative: not just for the sake of people in the First World, but for the sake of people everywhere in the world." 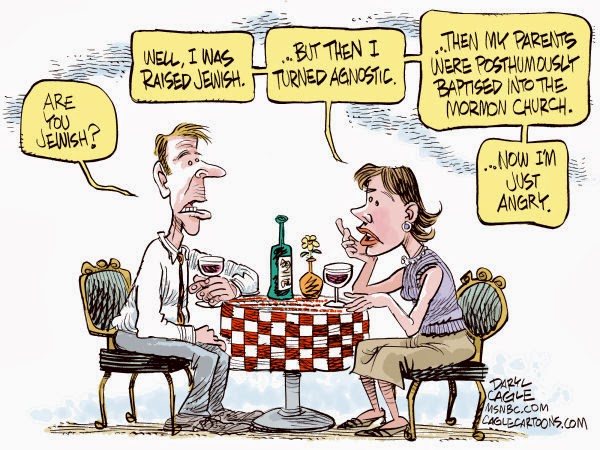 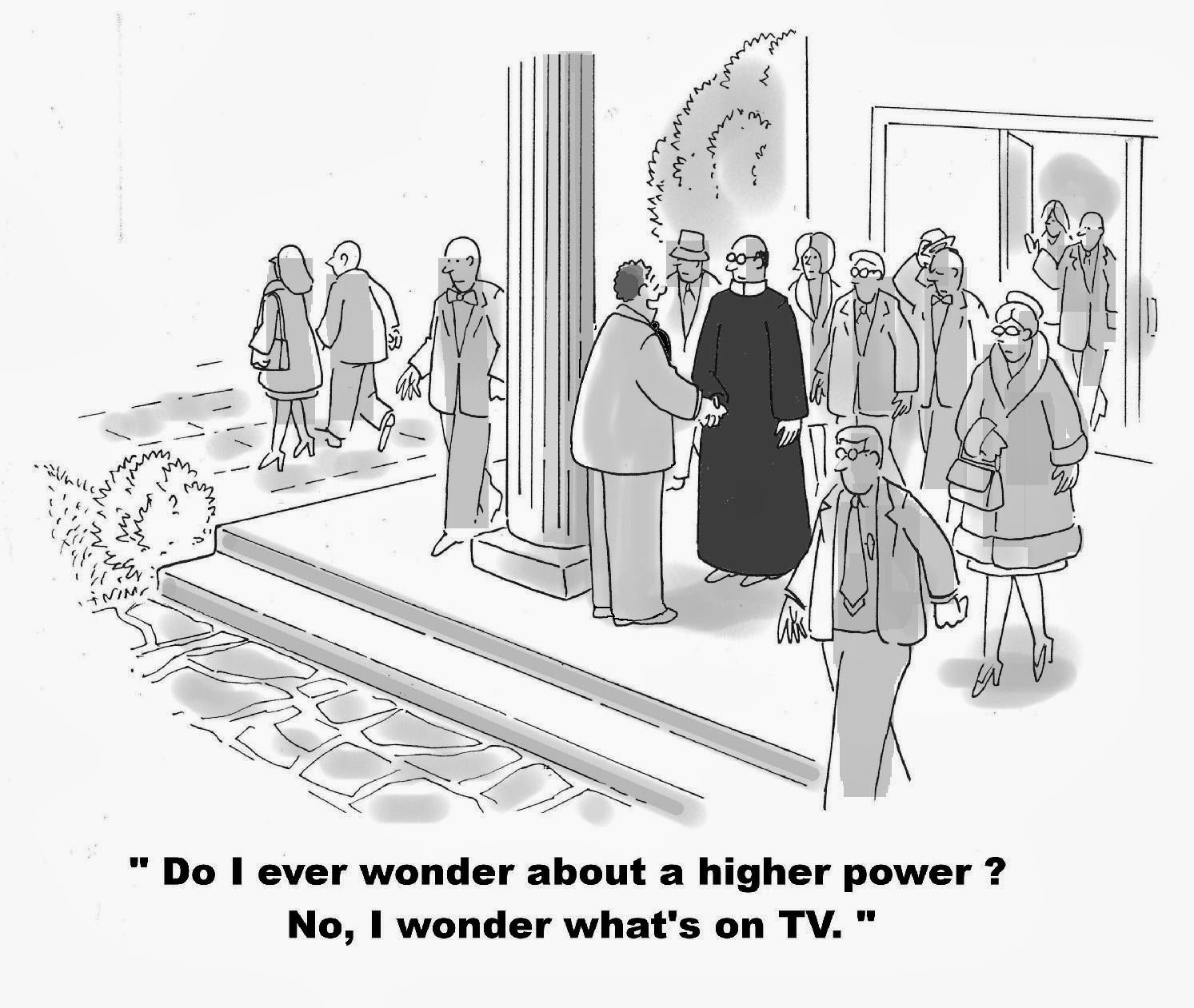 Not if the reason for the Protestants running for the hills is because of the churches' insistence upon the innerancy of the Holey Bobble.  Then it would stand to reason that the Sheeplets won't be coming back any time soon because the reason they left in the first place is because they finally realized that the Conservative leaders and propagandists have been conning them all along.

In Uganda the answer may be something as simple as letting the more radical members of that country know just who was responsible for the new evangelical fervor there - the infamous C Street Gang (http://en.wikipedia.org/wiki/The_Fellowship_(Christian_organization)#C_Street_Center).

After that the rest of Pat Robertson's foreign branches of his "American Center for Law and Justice" in Russia, France, Pakistan, Israel, Brazil, and other countries could come toppling down like a flimsy house of cards - and taking more than a few of the branch personnel down in such a deadly way that they will wish that lower funding was the reason for their demise, not outrage at foreign influences.

The global strategy in spreading this particular brand of virulent fundamentalism is as clever as the global spreading of Conservatism and fundamentalist radical religions must be stopped along with Conservatism itself.  Protecting the rest of the world from this vast criminal conspiracy is just as important as rooting it from America.  The world-wide menace of Climate Change brought to us by the Conservatives' benefactors, the most wealthy and most greedy among us, has already attracted the attention of many in other countries and their help may be needed to criminalize Conservatism in the U.S.