"[Liberal rhetoric] now is so over the top, it's so vicious, it's so mean, it's so cruel, and I don't hear this coming from conservatives about liberals," says Fox News host Sean Hannity, with a straight face.

And from another Faux News favorite, "Some may believe we're on the road to the Hitler youth." -- Glenn Beck, on teaching kids about climate change, Fox News's Glenn Beck show, Feb. 5, 2009.

What IS the mission of Fox News?  Let's take a quick peek...


"The Fox News morning show Fox & Friends edited a video clip of Rev. Al Sharpton to make it seem that demonstrators had chanted calls to kill police officers during his speech on Saturday, even though the two pieces of video were from two different cities.

"'In Washington, the rally was held by the Rev. Al Sharpton, host of MSNBC program — and there he is,' Fox News host Tucker Carlson as video of Sharpton’s Saturday speech played. 'Sharpton got up and explained, "We’re not against the police." This was his claim, listen.'

"At that point, Fox News showed a clip from a protest later that evening in Manhattan.


"'What do we want? Dead cops! When do we want it? Now!' the protesters reportedly shouted.


"Fox News host Anna Kooiman pointed out after the clip aired that she had accidentally gotten stuck in traffic because of the protests in New York City, and never heard calls for violence against police..."

And who else can save Christmas but Fox?

Who else warned us how Obamacare would kill us off with "death panels" and other socialist plots...

Of course, Fox is very careful with OTHER facts - like this one, for example...

And this is how they explain it over at GOP Headquarters...

Fox is a broadcast, not a newspaper, or we might treat them quite differently...

But before you get upset, just remember that Fox Snooze is owned by loyal, patriotic Americans...

And their objective is to report all the news that's fit to broadcast, nothing more and nothing less...

And here is how it works, from an old propagandist who knew his stuff... 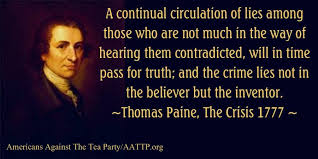 ...because that's the reason Fox was started!

"Republican media strategist Roger Ailes launched Fox News Channel in 1996, ostensibly as a "fair and balanced" counterpoint to what he regarded as the liberal establishment media. But according to a remarkable document buried deep within the Richard Nixon Presidential Library, the intellectual forerunner for Fox News was a nakedly partisan 1970 plot by Ailes and other Nixon aides to circumvent the "prejudices of network news" and deliver 'pro-administration' stories to heartland television viewers.

"The memo—called, simply enough, 'A Plan For Putting the GOP on TV News'— is included in a 318-page cache of documents detailing Ailes' work for both the Nixon and George H.W. Bush administrations that we obtained from the Nixon and Bush presidential libraries. Through his firms REA Productions and Ailes Communications, Inc., Ailes served as paid consultant to both presidents in the 1970s and 1990s, offering detailed and shrewd advice ranging from what ties to wear to how to keep the pressure up on Saddam Hussein in the run-up to the first Gulf War.


"The documents—drawn mostly from the papers of Nixon chief of staff and felon H.R. Haldeman and Bush chief of staff John Sununu—reveal Ailes to be a tireless television producer and joyful propagandist..."

So combine lies with anger, sprinkle it with fear to enhance the built-in hate of their average viewer, salt it with fake emotion, and you've just written a recipe for the mouthpiece of the Republican Party - Fox News.

Fox News lies on the behalf of the GOP - and who are Fox's demographics? Half of Fox News' Viewers Are 68 and Older.

In a dictatorship liars like those in Fox News would be elevated to the highest status.

In a perfect world these guys would be strung up for sending us into a new American Feudal Age.

But in a progressive democracy Fox News and other criminal organizations should be abolished. (Joyce, Jnr.)

"America was certainly safe between 2000 and 2008. I don't remember any
attacks on American soil during that period of time."