Conservatism: There Oughta Be A Law!

Have you ever wondered how the Cons get away with their criminality, time after time? 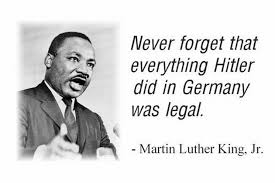 Well, some of them lie every time they open their mouths...

"NEWSFLASH: Dick Cheney is a liar! We know, don’t fall out of your chairs. Still, it probably matters for the sake of posterity that we record his latest lying spree regarding the torture he approved — if only so we can say 'Uhh…we’re not with that guy.' So, here goes:

"Cheney stirred up a good bit of controversy after last week’s interview with Bret Baier, and then the longer one with Chuck Todd on Meet the Press. In part because in the latter, he led off with 'At least it’s not as evil as 9/11.' But beyond matters of good taste, Cheney violated the laws of truth with several of his statements. Over the last week, Politifact, its sister ship PunditFact and the Washington Post collected some of the biggest doozies.


"First, Politifact fact-checked this statement by Cheney during the Baier interview on Fox 'News,' that terrorists weren’t covered by the Geneva convention..."

Because they "have their reasons." 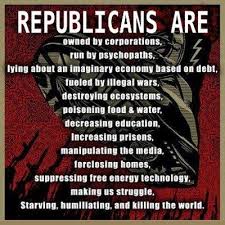 But our journalists do help get the facts straight... 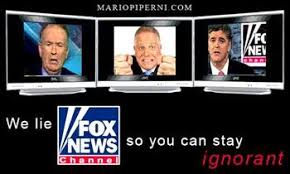 "The hosts of Fox & Friends went out of their way Sunday to malign civil rights leader and MSNBC host Al Sharpton. In multiple segments throughout their morning broadcast they aired videos of Sharpton at a rally in Washington, D.C. to protest the deaths of Michael Brown in Ferguson, Missouri, and Eric Garner in Staten Island, New York, and other victims of police brutality.


"However, in a deliberate act of journalistic deceit, they spliced those videos together with a separate event in New York City where some protesters were heard disparaging the police and chanting for “dead cops.”

There have even been a few Republican presidents that broke the law, including this guy...

But in the end, their lies are necessary to cover up their crimes...

...even it if means that these Comsymps keep cozying up with the Commies!

And if you've been especially nice this year, you better watch out...

Because it's the liars that get along in Conservaworld...

Especially when they control the votes... 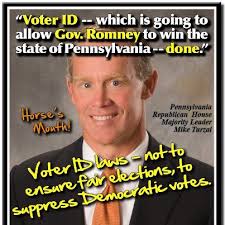 There have been some pretty serious suggestions for stopping the criminal cartel known as "Conservatism," but the photo above may be a little severe -- or is it?

Their criminality leads to theft, murder, and untold misery for the People.

Because Conservatism is all about the interests of the rich aristocrats among us, all the rest of their "issues" is nothing but lies and smoke and mirrors to fool the most intellectually challenged among us.

The best way to stop a criminal organization is to enact laws like the RICO statutes, laws that criminalize Conservatism.

"We need segregated buses… This is Obama’s America."