What Is With The Conservatives' Rejection of Science?


One of the many things the Low Information Voter is ignorant of is the ignorance of Conservatives and science, and the fact that science has ALWAYS interfered with the plans of Conservatives throughout history.

From Copernicus to Newton to Darwin, science has exposed the most cherished beliefs of the Cons, and their quest to rid the country and the world from science's interference with their beliefs is relentless.

We are going to save this post under the category, "Conservatives Are Stupid," and a few glimpses at the Cons trumpeting their ignorance shows us why...

There's even a Republican War On Science...

Although some of the theists are coming around to acknowledge scientific fact over a hundred years after Darwin...

But the overwhelming number of Cons who reject man-made climate change is staggering...

Even as they watch the world come to an end before their very eyes...

...as they dig us even deeper into a world with more man-made calamities.

And even though men with sense educate us...

...the Cons continue on their merry way on a path of ignorance.

...because of Jesus. (Warning: Satire Alert!) 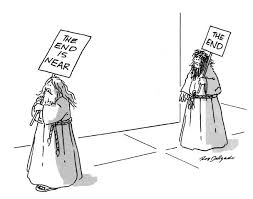 "Global warming and climate change are harming God’s creation and preventing the Second Coming of Jesus Christ, a study released this week has found.

"The study, authored by respected Christian non-scientists at Liberty and Bob Jones universities, found that while God still controls the weather, humans are interfering with his work and causing global warming and climate change through sinful, destructive activities. In addition, the study found humans are also committing a sin by ignoring the deadly effects.

"'The Bible states, "The earth is the Lord's, and everything in it, the world, and all who live in it; for he founded it upon the seas and established it upon the waters,"' the study said. "'All things were created by him and for him.' So it’s clear God would be really pissed off if we destroyed His property. After all, He created the world in six days, and He is technically renting it out to us. We know He evicted His previous tenants, the dinosaurs, as soon as humans were created.

"The study also found it will be impossible for Jesus Christ to return if nothing is done to mitigate human-induced climate change..."

Fortunately, some of us don't have time for all that stupidity...

...because we're not all that stupid. 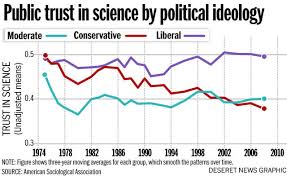 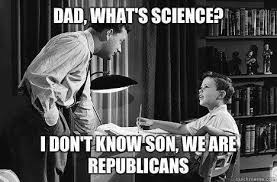 Like everything else with Conservatives, their refusal to accept scientific fact is based on two factors: the evildoers that run the GOP, and the fools that vote for them.

Fools abound and Conservatives get elected.

"Trees cause more pollution than automobiles."