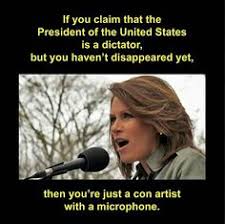 First, let's get a definition out of the way:

"A confidence trick (synonyms include confidence scheme, scam and stratagem) is an attempt to defraud a person or group after first gaining their confidence, used in the classical sense of trust. Confidence tricks exploit characteristics of the human psyche such as dishonesty, honesty, vanity, compassion, credulity, irresponsibility, naïveté and greed." (http://en.wikipedia.org/wiki/Confidence_trick)

As we've noted many times, the Conservatives HAVE to lie and they have to mislead.  It's the only way to distract us from their true mission - turning America into a new American Age of Feudalism.

There are all those laws demanding IDs because so many people try to vote illegally...

And the Cons have a TON of cons up their sleeves...

But sometimes the long con doesn't work, and in today's news a funny thing happened to the confidence men in Congress... "The Associated Press is reporting that the Committee’s findings absolve the administration of any wrongdoing. That includes the grossly unfair attacks on then-UN Ambassador Susan Rice, the allegations that military rescue units were told to 'stand down,' and numerous assaults on Hillary Clinton’s character and management of the State Department. The House Committee report’s conclusions affirm those of the Senate Intelligence Committee who issued their own report on Benghazi nearly a year ago. The AP said in part…


"In the aftermath of the attacks, Republicans criticized the Obama administration and its then-secretary of state, Hillary Rodham Clinton, who is expected to run for president in 2016. People in and out of government have alleged that a CIA response team was ordered to ‘stand down’ after the State Department compound came under attack, that a military rescue was nixed, that officials intentionally downplayed the role of al-Qaida figures in the attack, and that Stevens and the CIA were involved in a secret operation to spirit weapons out of Libya and into the hands of Syrian rebels. None of that is true, according to the House Intelligence Committee report."

Some of the flaws in the follow-up to the attack were identified by the committee as being the result of mistakes by 'intelligence analysts, not political appointees.' This absolves both the Obama administration and Clinton, who Republicans were hoping to smear with false allegations connected to the Benghazi affair..."

Remember: If a Conservative isn't lying to you, he's pulling a fast one right our of the conman's playbook...and sometimes it gets complicated:

Because the Cons have that "big tent" they're always talking about... 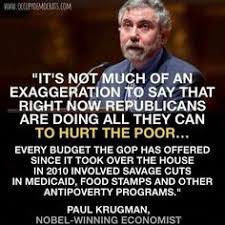 Even though it doesn't include historians... And who believes those who doubt the fiscal Conservatives' accusations against tax and spend liberals...

Note: We don't have to arrest the Cons just for the confidence games they pull...

"A newly elected Tea Party Republican, Rep. Steven Kraus, has been indicted by an Ottawa County grand jury on felony charges of burglary, breaking and entering and theft.

"Police say that the 55-year-old  took antiques, a shotgun and musical instruments from a home in Port Clinton earlier this year. (He also happens to make a living as an auctioneer.)When questioned by police, he claimed a real estate agent selling the house had asked him to remove the items and inventory them for auction.

"Police say witnesses took photos of Kraus taking the items from the home.

"The grand jury apparently did not believe him. 'I'm innocent of all charges and I will vigorously defend them,' Kraus told the Register.

"Kraus only cast his first vote a few weeks ago as a state representative.

"He's a Tea Party politician who's against green energy and the EPA. He wants to lower the drinking age in Ohio, shills for the dirty energy industry regularly on his Twitter account,  and is against gay marriage (You know, the usual Tea Party Republican hobbies.)..."
Did you know that the Cons are great with slogans...

And they'e even better with famous quotations...

Sometimes, they need to be put away their quotes and get lost... But when they pull off a successful con, they can usually utter the words, "mission accomplised."


The GOP outshines the Democrats in dirty tricks, lying, and stealing all day long.  But where they really shine is in the confidence games they play every single day of the year.

The American voter doesn't know or doesn't care, and the only way to stop these criminals when you uncover them is to...criminalize them. Joyce, Jnr.

"Exercise freaks … are the ones putting stress on the health care system."