How Gullible Are The Conservative Sheeplets?

Those who think that they are Conservative are usually the gullible ones among us.  When your state is one of the poorest, dumbest, and has the worst infrastructure the chances that your extremist elected representatives are in charge are 100 to 1.

But let's take a look at how the Cons get conned. As a great man once noted...

First, here is what Conservatism REALLY means - even in our supposedly democratic society...

And here's a typical Conservative...

Because here is what their propagandists have convinced them what the typical liberal is like...

And here is how they get spoonfed issues to make them fear and hate -- the emotions that are political catnip to a whole bunch of extremist polecats...

Can anything be done to stop the Sheeplets from believing all that hateful nonsense?

Oh well, even though you think that you can think for yourself, these guys will do your thinking for you...

Although this is what they can convince you to do...

And this is what will happen...

Because stupidity and gullibility go hand in hand...

"How Gullible Are Right-Wingers? Take A Look." 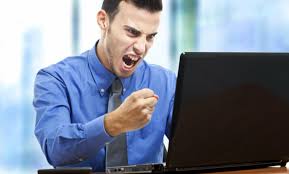 "Conservatives are outraged OUTRAGED! at a story about Muslims declaring a section of London to be “Islamic” and demanding that people keep dogs out of “their” area:


"An MP has complained after seeing a sign posted near a popular park warning dog-walkers to stay out of 'Islamic areas.'

"Labour Member of Parliament Jim Fitzpatrick alerted police and the local mayor about the sign after it was flagged up by one of the residents in his east London constituency.

"The sign, which was spotted on the railings of Bartlett Park, reads: 'Do not walk your dog here! Muslims do not like dogs. This is an Islamic area now.'


"This must be one heck of a scary sign to get the right wing so riled up! Let’s take a look at it:

(*”The Sharia” is a made up boogeyman to scare the ignorant and spineless. It’s supposed to be hiding under every rock but only exists in the easily frightened minds of stupid people.)

"Can’t you just smell the Muslim on that sign..?"

And finally, here is what your masters really think of you...

But if this disturbs you, Conservative Sheeplets - go out and vote!

If this post has really disturbed you, you deserved it.  All the propaganda, all the lies and distortions and meanness are out there for one thing -- to find enough suckers to put them into office - and keep them there.

And look what your vote (or for you Low Information Voters, your non-vote) has done for you: 97 percent of the poorest and least educated counties in America are in Red States.

We can't pass a law against gullibility, bu maybe we oughta pass another law to stop all this Conservative extremism...