Conservatism: Evil Or Stupid...Or Both? 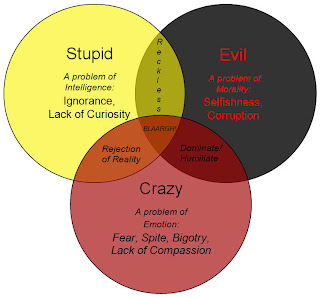 We've asked this question before, and keep bumping into alternatives to stupid and evil, such as "sick," "corrupt," and "crazy," but we still haven't decided on the best description of Conservatism.

Let's take a quick look at what their first Presidential candidate says...

"In his latest WhirldNutDaily article, Dr. Ben Carson addresses his 'common-sense' approach for U.S. immigration policy, declaring that all non-citizens caught committing voter fraud should be punished by stripping them of their non-citizenship.

Well, that didn't help, so let's take a look at evil first...

Then a peek at stupidity...

Then some more evil...

Then some more of the stupid...

Then evil once again...

Then both at the same time...

"The War On Christmas Has Already Begun (VIDEO)."

"It’s about that time again for the 'War On Christmas' as Fox News and all of the poor, persecuted religious conservatives like to call it. In case you didn’t know, apparently (according to Fox News) there’s a huge conspiracy by us godless atheist liberals to remove Christ from Christmas..."

But in the final analysis, we have to admit that stupidity and evil go hand in hand when it comes to class warfare... 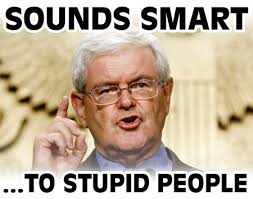 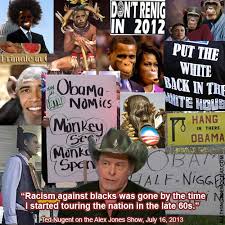 The votes are in and it's a tie.  The old saw is true after all, that the Republican Party is made up of a few smart people and a whole lot of dumb ones.

The question that bothers us the most is why are all the Red States poor and uneducated, even with years of rule by Conservatives?

The answer is that those Red States are the Cons' notion of paradise: A new American Age of Feudalism.

And there's nothing you can do about it unless Conservatism is criminalized.

''That is not within the scope of the powers that are given to the federal government.''

Alaska GOP Senate candidate Joe Miller, arguing that the federal minimum wage
-- which has existed since Congress passed the Fair Labor Standards Act in 1938
-- is unconstitutional and should be left to the states to decide, ABC News interview,
Oct. 7, 2010.