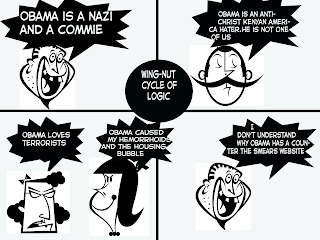 Combine some hate with a lot of stupidity, and you get the Wide, Wonderful, Wacky World of Conservatism.

Here's a typical Conservative in his native habitat, the internets...

"Conservatism is what happens when a fear of the dark grows up — and nothing keeps grown-ups in the dark quite like childhood ignorance. Yes, wrapped in blissful ignorance, the mind can go many magical places, where the rules of logic need not apply and any dream is up for grabs. Unfortunately, when it comes to third-grade math, the rules of logic have a nasty way of shedding unwanted light on grown-up ignorance.

"In his recent blog post on Redstate.com, titled “This is What Common Core Looks Like,” conservative blogger Erick Erickson displays his ignorance not only of third-grade logic, but of that socialist institution known as Common Core. He begins with this image, a snapshot of his daughter’s math homework:

"The picture above is from my third grade daughter’s math book. This is the only page that explains that method for subtraction. There are, for the record, four ways to subtract that my third grader must learn.
"We send our child to a Christian private school. We thought our child could escape this madness. But standardized tests, the SAT, and the ACT are all moving over to Common Core. So our child has to learn this insanity. But we cannot help her. The book offers only one example.
"The traditional method of subtracting, borrowing and carrying numbers, is derisively called the 'Granny Method.' The new method makes no freaking sense to either my third grader or my wife.
This is maddening and angering and frustrating. This is why so many parents are so upset. They cannot help their children. The math makes no sense and seems to offer no practical purpose other than it is new.
"The only champions of common core I know are paid to like it and most of them have no kids. These people want worker bees in their cogs. They want automatons. They do not want productive, independent citizens."

"...Now, the irony is pretty thick with this one, and complex; like a layer cake of ignorance, spiced with Deliberately Backward Extract, and accented with juicy raisins of Orwellian Doublethink.

"That’s right; the entire premise of Erick’s rant is that this little mathematical trick is part of the socialist agenda to transform all children into hive-minded worker bees, identical and uniform in their hateful not-being-stupidness. But, unfortunately, this “add-up” method of subtraction isn’t even part of Common Core.

"Part of the conservative mindset is a kind of inherent narcissism; that they already know everything that needs to be known. And if they don’t know something, it must be some scary new brainwashing thing some liberal made up. But this method not only isn’t new, it’s something most of us do every day in our heads. It’s just typical mental arithmetic put on paper..."

That was pretty wacky, but just to prove we're not cherry picking the dumbest and meanest of the Cons' world check out one of the most conservative State in the Union...

"Alabama’s Abortion Law Puts Minors On Trial And Gives Their Fetuses A Lawyer."

"The American Civil Liberties Union (ACLU) filed suit against Alabama this week in an attempt to overturn what the group suggests may be the most radical parental consent law in the country. Under a new law that went into effect this summer, minors who are seeking to bypass their parents’ consent to get an abortion are essentially put on trial. The state is allowed to appoint a lawyer for their fetus and call witnesses to testify about the teenager’s character..."

We could go on, but it's getting pretty noxious in here and we'll leave you Cons with just one suggestion: 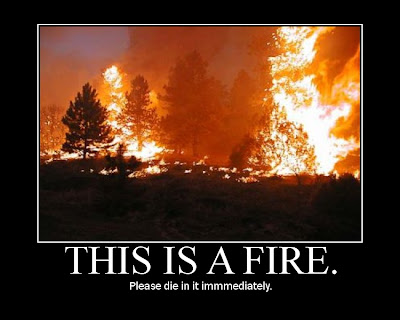 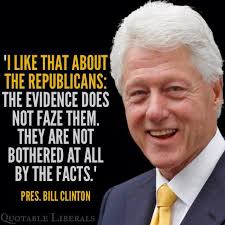 It is a bit of a stretch, jumping from math to forest fires, but it's pretty hard to rebut the underlying makeup of hate and stupidity of the Cons.

Studies keep affirming that the Cons are genetically hard-wired to pursue hate in their debilitating world of stupidity, but they haven't given us any hope for a cure outside of the now-discredited tool of frontal lobotomies.

In lieu of that, we have one suggestion...