The Relentless Menace of The Disease Called...Conservatism. 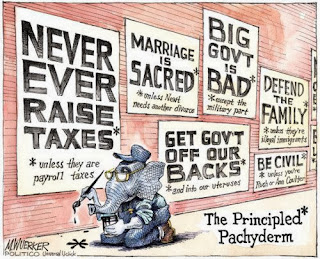 No, it's not the Ebola virus and it isn't smallpox.  It's Conservatism that infects the lifeblood of democracy.  Their attacks on the population explosion and equal pay for women is an example for starters...

"Scott Brown: Birth Control and Equal Pay Are Not 'Issues That People Care About.'" 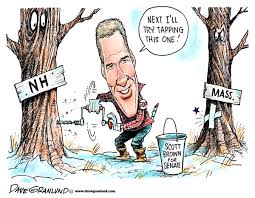 "New Hampshire Republican Senate candidate Scott Brown avoided talking about his record on reproductive rights and equal pay in a Tuesday appearance on Fox News by suggesting that nobody cares about those issues.

"'He doesn’t stand up for women’s reproductive rights and economic security,' Carlson quoted Shaheen as saying. 'He co-sponsored legislation to let employers deny women coverage for birth control or even mammograms. He had two opportunities to vote for equal pay laws and both times he voted no...'"

Now that we're running out of the water we need so badly for our pools and golf courses and fracking and all that stuff, Conservatives rush to the rescue...

"Judge Rules Poor People Have No Right to Water, Shutoffs to Continue."

"U.S. Bankruptcy Judge Steven Rhodes decided that the poor do not have a right to water, and allowed the water shutoffs in Detroit to continue. The ruling comes in response to a plea to ban the shutoffs for six months. In the land of the allegedly free, this is just one more way to punish the poor for having the audacity to be poor.

"According to The Detroit News, Judge Rhodes worried that turning water service back on to customers who can’t pay would hit Detroit’s revenues too hard. 'The last thing Detroit needs is this to hit its revenues,' he said. He appears to be concerned about the overall welfare of one of the country’s poorest metropolises, which would be commendable, except a city like Detroit can’t get back on track by punishing its poorest residents..."

But why would the Cons do this, there doesn't seem to be any profit to...Oh, NOW we get it!

"The Privatization of Water: Nestlé Denies that Water is a Fundamental Human Right."

"The current Chairman and former CEO of Nestlé, the largest producer of food products in the world, believes that the answer to global water issues is privatization. This statement is on record from the wonderful company that has peddled junk food in the Amazon, has invested money to thwart the labeling of GMO-filled products, has a disturbing health and ethics record for its infant formula, and has deployed a cyber army to monitor Internet criticism and shape discussions in social media.

"This is apparently the company we should trust to manage our water, despite the record of large bottling companies like Nestlé having a track record of creating shortages:

"Large multinational beverage companies are usually given water-well privileges (and even tax breaks) over citizens because they create jobs, which is apparently more important to the local governments than water rights to other taxpaying citizens. These companies such as Coca Cola and Nestlé (which bottles suburban Michigan well-water and calls it Poland Spring) suck up millions of gallons of water, leaving the public to suffer with any shortages. (source)

"But Chairman, Peter Brabeck-Letmathe, believes that 'access to water is not a public right.' Nor is it a human right. So if privatization is the answer, is this the company in which the public should place its trust..?"

Well, at least the Cons are hard at work...even if they are killing their own people for fun and profit!

The only problem is that they're really smelly... 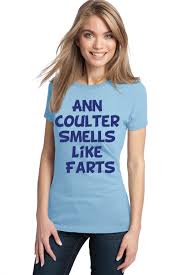 "Politics is a dirty game and in more ways than one. A new study shows that those who agree with you politically, also have a better smell to them.

"The new study in the American Journal of Political Science shows that when people agree on politics, they are also more attracted to each other, including through a sense of smell. Vox pointed out the study on Thursday and note that the authors, Rose McDermott, Dustin Tingley, and Peter Hatemi, gathered up 146 people from a large unnamed north eastern city, between the ages of 18 and 40 years old, and conducted an experiment.

"The authors used what is called a 'seven-point scale,' dividing up 21 members of the group, 10 liberals and 11 conservatives, and sent them back home with fragrance free soap, a bottle of shampoo and a gauze pad that they were told to tape to their armpits. The instructions included no sex, no use of perfume or deodorant and not to use any alcohol or tobacco. After 24 hours, the participants returned back to the group.

"The remaining 125 people where then asked to smell the gauze pads, and rate them on a scale of 1-5. The researchers point out that, 'It appears nature stacks the deck to make politically similar partners more attractive to each other in unconscious ways.' The 125 individuals took the 'smell test' and concluded that the the odors that smelled the best, came from the armpits of people who line up with their political ideology.

"The conclusion was summed up perfectly by one female participant who smelled the gauze of someone she agreed with politically and noted that it 'was the best perfume I ever smelled.' Just moments later, someone with the opposite political compass sniffed the gauze and remarked that it had 'gone rancid.'"

As the disease called Conservatism marches on the Cons are prouder than hell of themselves...

So what DO we do about the deadly menace of Conservatism?  The disease for which there is no cure is relentlessly pushing us closer and closer to the New Age of Feudalism that their wealthy benefactors lust for.

Every single time you vote for a Con you lose.  Every time you listen to a Con or watch them on the tube your brain loses.

There are two cures for ridding ourselves of this raging disease: Vote them out or criminalize Conservatism.

If we vote them out, they will return.  If we criminalize Conservatism, we win forever...

"These are not bad people. All they are concerned about is to see that their sweet little
girls are not required to sit in school alongside some big overgrown Negroes."

President Eisenhower commenting on racial segregation after the Brown vs. Board of
Education decision.