Hate, Fear, And Smear. It's The Conservative Way!

Recently, Hillary Clinton offered her opinion about the (finally) discredited Trickle-Down Economics and the Cons went to work, directing their attacks on her through their Hate, Fear, and Smear machine...was this just an isolated incident?

For those of us who remember the Vince Foster smear campaign, the answer is a firm NO... 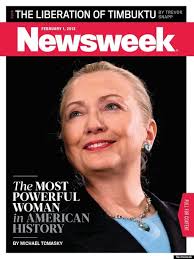 "During the 2012 presidential campaign President Obama gave a speech wherein he paid tribute to the American people who collectively created an environment for business to prosper. That environment included paying for the roads, bridges, water and electricity facilities, and other infrastructure necessities without which the economy would whither.

"However, one sentence fragment was lifted out of context from that speech by Mitt Romney’s campaign, and his friendly media cohorts, and used to unfairly clobber the President. That sound bite, you may recall, was when Obama reminded the proprietor class that “You didn’t build that,” meaning that every business has benefited from the investments made by our society and government.

"Well, here we go again. Yesterday on Fox News the curvy-couch potatoes of Fox & Friends hosted a segment that focused solely on a sentence fragment that was part of a speech by Hillary Clinton..."

And the Big Dog knows why...


"Bill Clinton: Republicans Trying To Get Americans To 'Vote Your Fears And Your Anger.'"

"AURORA, Colo. (AP) — Former President Bill Clinton urged Democrats to ignore polls showing their party is unlikely to retain control of the U.S. Senate, telling a suburban Denver crowd Monday to resist cynicism and redouble their efforts to get out the vote.

"Clinton said midterm elections in a president's second term are dominated by appeals to vent frustration at the president by voting out others in his party. He accused Republicans of trying to get people to 'just vote your fears and your anger...'"

Naturally, just like his constituents, the Teabillies' hero thought hungry and miserable Americans were the funniest thing he ever heard of...

"Fifty years ago, as conservative deity Ronald Reagan was delivering a speech endorsing Barry Goldwater for President he managed to show his true colors. The speech, called 'A Time for Choosing,' managed to raise $8 million for the floundering Goldwater campaign and, in the words of Reagan biographer Craig Shirley, “It defined conservatism for 50 years.”

"Indeed, it did. However, often omitted from the tellings and retellings of Reagan’s famous speech is an absolutely hilarious joke the Gipper told about poor people.

"'We were told four years ago that 17 million people went to bed hungry each night. Well that was probably true. They were all on a diet,' Reagan said as the crowd laughed at the expense of millions of people who just hadn’t 'bootstrapped it' enough to feed their families. Hilarious.

"As Shirley pointed out, this 'f*ck the poor' mentality became central to conservatives’ ideologies over the years as they have tirelessly strived to cut and deplete benefits that would be extended to those 'dieting' people, all while pretending to care. (See video here -- > http://aattp.org/that-time-ronald-reagan-joked-about-17-million-hungry-americans-in-speech-that-defined-conservatism-video/)

Sometimes the lies are ridiculous...

...as they try to mimic smear campaigns they learned from this guy:

And improved upon by this guy...

...and made into big business by this little creep: 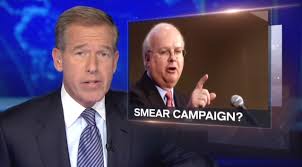 Sometimes hate, fear, and smear are nothing but the racist outpourings spewed upon us by people like this bird... 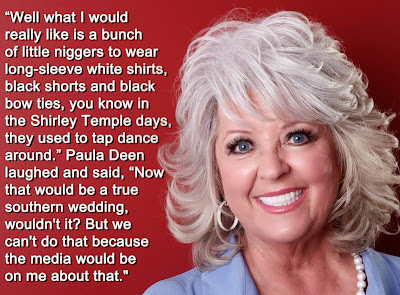 And the Cons really HATE it when they're exposed for the hate-filled racists they are...

But that's what they spit out day after day after day, and they'll never quit until it starts hurting them at the voting booths...

The Republican loudspeakers are so loud that many voters, especially the Low Information Voters, think that both parties lie and spew their hate and fear on to the rest of us...but hate, fear, smears, and lying are the Conservative Way.

And why is this?  In a participatory democracy a candidate for office would be a fool to admit that he believes that the rich should rule, so the Cons have no other choice but to lie and attack. Lies based on fear are promulgated merely to turn that fear into hate to cover up the relentless war on the poor and middle class.

So the next time you read and hear ANYTHING a Conservative says, remember that it's a lie to cover his tracks, a lie to steer you away from his core belief in absolute rule by the upper class, and a lie to persuade the dumbest in our society to vote for him.

We think there oughta be a law...Joyce, Jnr.

"The Republicans…will try to make people believe that everything the
Government has done for the country is socialism."