Conservatism is the protection of the greediest and wealthiest among us by their front group, the Republican Party.

But the Cons can't present themselves this way in a participatory democracy, even some of the Low Information Voters may wake up, so the Cons have to lie - to lie, obfuscate, and hide behind the biggest con game in world history -- Conservatism. 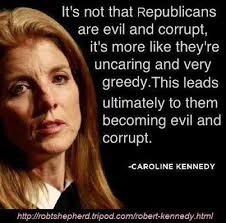 One way to find out about their con jobs is to see what your favorite Cons have done for their own constituents...

"If You Live in a Red State and Still Vote GOP, This Map Will Show You Why You’re Irrational."

"The New York Times has put together a map that ranks where Americans fair the best and worst when it comes to health and wealth. You can probably guess where we’re going with this.
The Times got their results by looking at 6 data points for each county in the U.S.: education, median household income, unemployment rates, disability rates, life expectancy and obesity..."

This pic may make it a little easier to understand...

But let's take a look at a few Conservatives who are masters at the Big Con. There's this guy...

And you remember this guy, the "compassionate Conservative ("compassionate" means "vicious" or "severe" in Conservaspeak...

And even the "short con" Cons thrive in a country where Freedom of Speech is a license to kill...

Sometimes you never know your favorite muscle-bound Conservative candidate is conning you - until he get caught.  (Notice that they never seem to serve any prison time.) "The GOP knows quite a bit about voter fraud–after all, they do tell us that it is a problem so large that we must institute discriminatory voting laws in order to stamp it out. They do, however, manage to repeatedly demonstrate their expertise.

"Washington State Rep. Mike Hope resigned following the discovery that he is registered to vote in both Ohio and Washington since last Summer.

"A Democratic activist in Snohomish County alerted Barbara Baker, chief clerk of the House of Representatives, that Hope had registered to vote in Ohio in August of 2013, though he says he did not remember registering.

"'I had no idea that I was ever registered somewhere else,' Hope said. 'I had no clue that’s what I did.'

"In fact, Hope does not have a permanent address in Snohomish County..."

Here's another guy who lied about his residency... 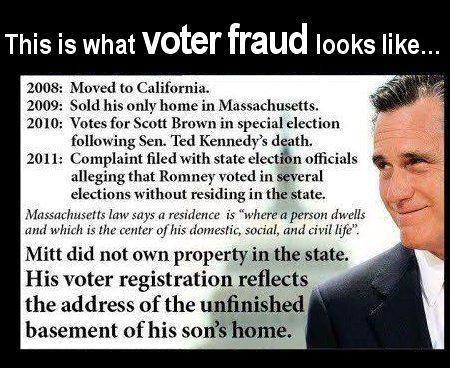 Sure, you say. What harm can a little fibbing do to a strong country anyway? A middle class made strong by Roosevelt's New Deal is too strong to be destroyed by a band of confidence men...

"All The Wealth The Middle Class Accumulated After 1940 Is Gone."

"The middle-class share of American wealth has been shrinking for the better part of three decades and recently fell to its lowest level since 1940, according to a new study by economists Emmanuel Saez of the University of California, Berkeley, and Gabriel Zucman of the London School of Economics.

"In other words, remember the surge of the great American middle class after World War II? That's all gone,.."

So when you hear the con jobs the Cons are conning you with... 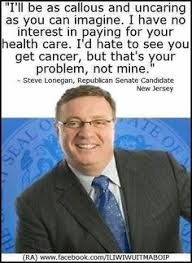 Sometimes a Con will tell the truth, and the truth shoots the Conservative candidate all to hell at election time...but the Conservatives are usually successful at their relentless con jobs.

Whenever you hear the words, "individual responsibility," "America is a Christian country," "pro-life," and the like -- you know it's a con job. With Conservatives, it's ALL about the money.

When a Con says he is trying to help, watch out, keep your hand on your wallet, and vote the straight Democratic ticket.

If that doesn't do the job, then maybe you ought to consider making these con jobs illegal...

"I think one of the great problems we have in the Republican Party is that we don't
encourage you to be nasty. We encourage you to be neat, obedient, loyal and faithful and
all those Boy Scout words, which would be great around a campfire but are lousy in
politics."