Are The Conservatives Crazy, Or "Crazy Like A Fox?"

When normal people hear the names Palin, Bachmann, Gohmert, and those Duck dudes, "crazy" is the first thing that comes to their minds. But are the craziest of the Cons really that crazy?

Here's a Con just looking to stop an invasion on his own State, and that's not TOO crazy...is it?

"Arkansas Rep. Tom Cotton is out on the campaign trail sounding like one of Breitbart's more unhinged writers, pushing this fearmongering conspiracy theory on the dangers of an insecure border:


"Groups like the Islamic State collaborate with drug cartels in Mexico who have clearly shown they’re willing to expand outside the drug trade into human trafficking and potentially even terrorism.
"They could infiltrate our defenseless border and attack us right here in places like Arkansas."

"Yes, I'm sure that if Islamo-Mexican drug terrorists infiltrate the border, they're making a beeline for Arkansas..."

Yes, that was pretty crazy...but what about this Conservative spokesman? He looks pretty normal...

"Jones and his minion David Knight called Beck an 'enemy operative,' a sociopath, and a Benedict Arnold. Jones also claims that Beck is in cahoots with the 'White-House-run Media Matters' and the Southern Poverty Law Center..."

Some people think that the GOP has a name recognition problem... And some don't think it's needed at all... 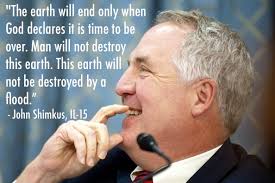 But maybe the Cons have a plan... 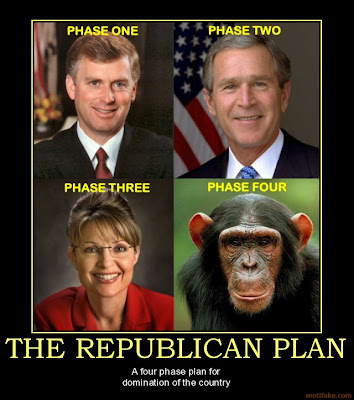 All they have to do is to find the focus group to support them in the voting booths...

The lesson we've all learned today is that even cloaked in the mantle of Christianity, the extremist Cons can be as "crazy as a fox," especially when the foxes have access to the chicken coop.

Maybe there ought be a law...

"We know Al Qaeda has camps on the Mexican border. We have people that are trained
to act Hispanic when they are radical Islamists."