Bill Moyers: The End of Democracy 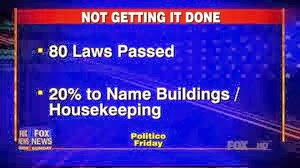 Yesterday's post by Bill Moyers, "We Are This Close to Losing Our Democracy to the Mercenary Class," is complemented by his essay today at the Dailykos.com, "Bill Moyers: The End of Democracy."

The LA Times recently published a piece, "A 'do-nothing Congress' for the record books?
The 113th Congress is on track to become the least productive in history, having sent fewer than 70 bills to President Obama for his signature," and Moyers' story reminds us of that pitiful fact, that Conservatives can't rule and their reputation suffers even more when the tell the truth about their aims. 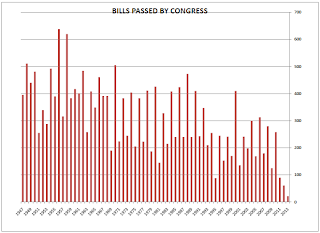 But on to the Master, Mr. Bill Moyers:

"So what got left out of the budget this year? 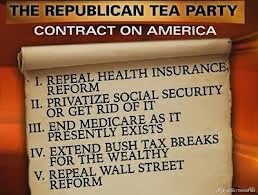 "BILL MOYERS: We are so close to losing our democracy to the mercenary class, it’s as if we are leaning way over the rim of the Grand Canyon and all that’s needed is a swift kick in the pants. Look out below.

"The predators in Washington are only this far from monopoly control of our government. They have bought the political system, lock, stock and pork barrel, making change from within impossible. That’s the real joke.

"Sometimes I long for the wit of a Jon Stewart or Stephen Colbert. They treat this town as burlesque, and with satire and parody show it the disrespect it deserves. We laugh, and punch each other on the arm, and tweet that the rascals got their just dessert. Still, the last laugh always seems to go to the boldface names that populate this town. To them belong the spoils of a looted city. They get the tax breaks, the loopholes, the contracts, the payoffs. 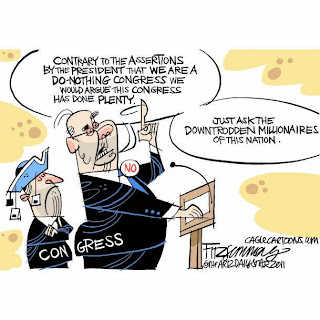 "They fix the system so multimillionaire hedge fund managers and private equity tycoons pay less of a tax rate on their income than school teachers, police and fire fighters, secretaries and janitors. They give subsidies to rich corporate farms and cut food stamps for working people facing hunger. They remove oversight of the wall street casinos, bail out the bankers who torpedo the economy, fight the modest reforms of Dodd-Frank, prolong tax havens for multinationals, and stick it to consumers while rewarding corporations.

"We pay. We pay at the grocery store. We pay at the gas pump. We pay the taxes they write off. Our low-wage workers pay with sweat and deprivation because this town – aloof, self-obsessed, bought off and doing very well, thank you – feels no pain.

"The journalists who could tell us these things rarely do – and some, never. They aren’t blind, simply bedazzled. Watch the evening news – any evening news – or the Sunday talk shows. Listen to the chit-chat of the early risers on morning TV -- and ask yourself if you are learning anything about how this town actually works.

"William Greider, one of our craft’s finest reporters, fierce and unbought, despite a long life in Washington once said that no one can hope to understand what is driving political behavior without asking the kind of gut-level questions politicians ask themselves in private: 'Who are the winners in this matter and who are the losers? Who gets the money and who has to pay? Who must be heard on this question and who can be safely ignored?' 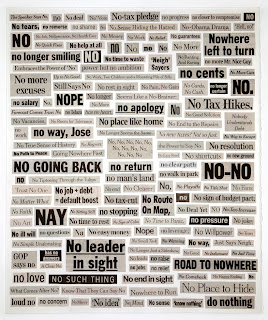 "Perhaps they don’t ask these questions because they fear banishment from the parties and perks, from the access that passes as seduction in this town.

"Or perhaps they do not tell us these things because they fear that if the system were exposed for what it is, outraged citizens would descend on this town, and tear it apart with their bare hands." 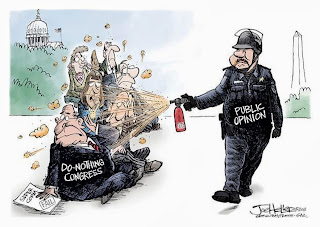 Gerrymandering and voting fraud by the GOP operatives aside, 2014 may be the moment Progressives have been waiting for to actually accomplish something meaningful in Congress - but don't bet on it with money you can't afford to lose.

This site was started just over a year ago, and since then the depredations and arrogance of the GOP have become a joke to those who watch the political doings of the criminal class known as Conservatism.  From Bohner to Gohmert to Akins, the Conservatives in their cloud of hubris have finally shown their cards.

Who can forget the 2012 Presidential campaign, where the Conservative Dream Candidate actually told the truth about Conservative aims, a candidate dripping with arrogance who was the epitome of the successful Conservative, openly hiding his assets overseas and refusing to disclose his tax returns?

We noted at the time that no Conservative since John Adams got beaten so badly by Thomas Jefferson had any Conservative dared to speak the truth about the underlying Conservative belief, that the Elites should rule over the 98 percent.

And no Conservative will dare do it again for at least the next several hundred years - unless we finally eliminate the scourge of Conservatism by finally making it illegal.

2014 is truly right around the corner and the mudslinging and the lies from the Conservatives will accelerate until Election Day, the only way the GOP will be able to retain the House aside from gerrymandering and fixing the vote.  If the Democrats are able to take the House and re-elect the Democrats in 2016 along with a Progressive President, the next step is to finally rid the Supreme Court of the pestilential Fascistic Five, and then we may be able to cease publishing - but like we said, don't bet on it with money you can't afford to lose. 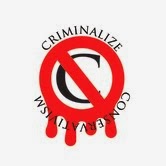