Conservatism: A Cult of Death, Redux

Our computer is acting up (it crashed), so today we are reprinting our most "Popular Post," a story from fourteen months ago, "Conservatism: A Cult of Death," another piece of evidence indicting the Conservatives for the criminal cartel that marks their every action.:

Conservatism: A Cult of Death, Redux 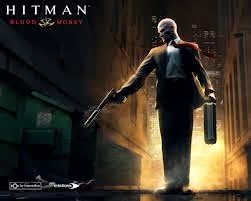 Earlier this month the Huffington Post published: "Mitt Romney Started Bain Capital With Money From Families Tied To Death Squads" - an article that should strike Fear and Loathing in the hearts of all Americans.

"In 1983, Bill Bain asked Mitt Romney to launch Bain Capital, a private equity offshoot of the successful consulting firm Bain & Company. After some initial reluctance, Romney agreed. The new job came with a stipulation: Romney couldn't raise money from any current clients, Bain said, because if the private equity venture failed, he didn't want it taking the consulting firm down with it.

"When Romney struggled to raise funds from other traditional sources, he and his partners started thinking outside the box. Bain executive Harry Strachan suggested that Romney meet with a group of Central American oligarchs who were looking for new investment vehicles as turmoil engulfed their region.

"Romney was worried that the oligarchs might be tied to ;illegal drug money, right-wing death squads, or left-wing terrorism,' Strachan later told a Boston Globe reporter, as quoted in the 2012 book 'The Real Romney.' But, pressed for capital, Romney pushed his concerns aside and flew to Miami in mid-1984 to meet with the Salvadorans at a local bank.

"It was a lucrative trip. The Central Americans provided roughly $9 million -- 40 percent -- of Bain Capital's initial outside funding, the Los Angeles Times reported recently. And they became valued clients.

"Over the years, these Latin American friends have loyally rolled over investments in succeeding funds, actively participated in Bain Capital's May investor meetings, and are still today one of the largest investor groups in Bain Capital," Strachan wrote in his memoir in 2008. Strachan declined to be interviewed for this story. * 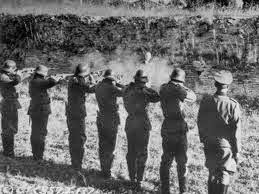 "While they were on the lookout for investments in the United States, members of some of these prominent families -- including the Salaverria, Poma, de Sola and Dueñas clans -- were also at the time financing, either directly or through political parties, death squads in El Salvador. The ruling classes were deploying the death squads to beat back left-wing guerrillas and reformers during El Salvador's civil war.

"The death squads committed atrocities on such a mass scale for so small a country that their killing spree sparked international condemnation. From 1979 to 1992, some 75,000 people were killed in the Salvadoran civil war, according to the United Nations. In 1982, two years before Romney began raising money from the oligarchs, El Salvador's independent Human Rights Commission reported that, of the 35,000 civilians killed, "most" died at the hands of death squads. A United Nations truth commission concluded in 1993 that 85 percent of the acts of violence were perpetrated by the right, while the left-wing Farabundo Martí National Liberation Front, which was supported by the Cuban government, was responsible for 5 percent.

"The connection between the families involved with Bain's founding and those who financed death squads was made by the Boston Globe in 1994 and the Salt Lake Tribune in 1999. This election cycle, Salon first raised the issue in January, and the Los Angeles Times filled out more of the record earlier this month.

"There is no shortage of unsavory links. Even the Tribune article referred to by the Romney campaign reports that 'about $6.5 million of $37 million that established the company came from wealthy El Salvadoran families linked to right-wing death squads.'

"As Romney now seeks support from the Latino community in his campaign for president, his knowledge of Bain's all-too-few degrees of separation from Salvadoran death squads may become a topic of interest. 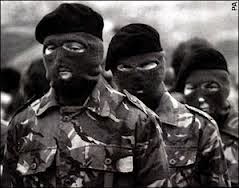 "'Under Ronald Reagan, the U.S. sent billions of dollars to the murderous regime, which utilized that aid to fund the military and death squads in an effort to preserve the unjust privileges of the Salvadoran oligarchy,' said Arturo J. Viscarra, an immigration lawyer, who, like many other Salvadorans, emigrated to the United States in order to escape the civil war. He said his family left the country in 1980 after his father began receiving death threats.

"'To now learn that a man that may become president of the U.S. deserves some of his success due to the incredible inequality that the U.S. helped to preserve in El Salvador is ironic,' Viscarra said. 'It's morbidly funny.'”

* Strachan's refusal to respond to the story may have been well-justified. Many mysterious deaths in the past of those who crossed the Conservatives have been reported, most famously the air crash that killed Senator Paul Wellstone, the famed Progressive who, "At a meeting full of war veterans in Willmar, Minn., days before his death, Wellstone told attendees that Cheney told him, 'If you vote against the war in Iraq, the Bush administration will do whatever is necessary to get you. There will be severe ramifications for you and the state of Minnesota.'"

"Most people are not aware of how two strange deaths dramatically changed the balance of power in US government for two recent years. Democratic Senate candidate Mel Carnahan died in a private plane crash on Oct. 16, 2000, just three weeks before the 2000 elections. Mr. Carnahan went on to win the race as a dead man against his rival John Ashcroft (who went on to become appointed the U.S. Attorney General!).

"The balance in the Senate for years 2002 to 2004 was 51 Republicans, 48 Democrats, and one independent. If both Wellstone and Carnahan had not been killed, and Wellstone had gone on as projected to win his race, the balance would have been 50 Democrats, 49 Republicans, and one independent. This would have significantly changed what happened in Congress and in the US, where the presidency and both houses of Congress were Republican controlled over those two years.

"Isn't it quite a coincidence that these two Democratic candidates both died in plane crashes only two years apart, both just weeks before the elections? It's even more of a coincidence that both were very progressive Democrats. Wellstone was often labeled the most progressive member of Senate. As a National Review article stated, "Probably no other member of the Senate had been on the losing side of more 99-1 or 98-2 votes. None had voted more consistently against the Bush administration."

"And even more strange is the fact that no one in the media has discussed these highly strange coincidences." 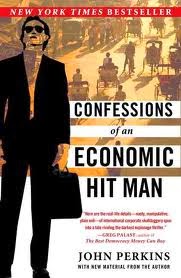 John Perkins said in his book "Confessions of an Economic Hitman" that plane crashes and heart attacks are a favorite way for The Powers That Be to murder officials who do not cooperate.

Some may say and many may think that the country couldn't survive an investigation into the sordid past of the Conservative cartel, but they are deluded: the country is dying because we refuse to admit the truth, that Conservatism is a criminal enterprise, not a political ideology, and that we must then Criminalize Conservatism. 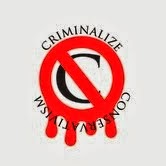 “If this man had not twelve thousand a year, he would be a very stupid fellow.”