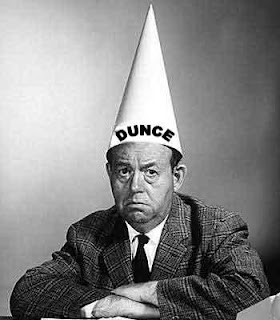 One of these days we're going to find a study that shows that it's the non-Conservatives that are intellectually-challenged, but apparently that's not in the near future, as we see in an article by T. Steelman at Alternet.org, "Yet Another Study Shows Low IQ And Right-Wing Ideology Go Hand-In-Hand."

This post will be the 49th article on what we fondly call "Conservative Stupidity (http://www.criminalizeconservatism.com/search/label/conservatives_are_stupid)," and from all indications, not the last:

"Okay now, liberals, don’t get all smug and conservatives, don’t get defensive. The studies hit a hot-button trifecta – examining intelligence, racism and ideology – and our ability to remain objective may be strained. But… it is what it is so let’s dive right in.

"The first studies of the correlation between intelligence and racism were done in the U.K. and involved children born in 1958 and another group born in 1970. The children’s intelligence was tested at age 10-11 and at age 30-33, their levels of social conservatism were measured. Verbal and nonverbal intelligence at the early ages was gauged using words, symbols and shapes. The later tests used four methods of testing cognitive abilities. The average IQ for comparison was set at 100. 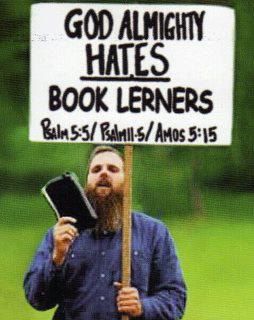 "The adults were given statements with which to agree or disagree dealing with social issues such as women working outside the home and what children should be taught in school. They also answered questions as to whether or not they’d work with people of other races. Once the data was crunched, those children who tested low on the IQ tests grew up to be adults who were racist. It also showed that the people with lower cognitive abilities had less social contact with people of other races.

"Gordon Hodson of Brock University in St. Catherine’s, Ontario, Canada and his colleague Michael A. Busseri, examined these and other studies. Their findings were published as Bright Minds and Dark Attitudes: Lower Cognitive Ability Predicts Greater Prejudice Through Right-Wing Ideology and Low Intergroup Contact.


“This finding is consistent with recent research demonstrating that inter-group contact is mentally challenging and cognitively draining, and consistent with findings that contact reduces prejudice.

"The point here is that one’s cognitive ability determines how easily one can grasp complexities and that right-wing extremist ideologies (and racism) cater to this handicap. Of course, extremist left-wing ideologies can fall into this trap as well, but few of them are as harmful as right-wing ones. For example, a right-wing view that all foreigners are scary and wish us harm becomes everyone is kind and wishes us well through one left-wing prism. One of these things is not like the other, though.


“'Socially conservative ideologies tend to offer structure and order,' Hodson said, explaining why these beliefs might draw those with low intelligence. 'Unfortunately, many of these features can also contribute to prejudice.'

"Further, these findings may relate to homophobia as well. In another U.S. study, Hodson and Busseri compared 254 people who had the same level of education but possessed different levels of abstract reasoning. They found that people whose abstract reasoning abilities were poor tended to be homophobic. Just like in the U.K. study, these people had also had less contact with gays and were more accepting of authoritarianism. 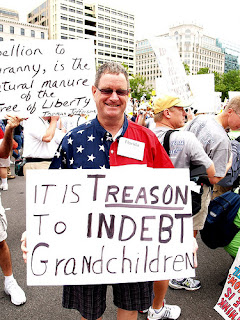 "Dr. Brian Nosek, a University of Virginia psychologist, says that the findings are correlational, hence they can’t conclusively prove that low IQs lead to prejudice. The studies would have to compare identical people, which is not possible. But it does point to the idea that people who lack the cognitive ability to process complexity tend to adhere to strict ideologies:


"'Reality is complicated and messy. Ideologies get rid of the messiness and impose a simpler solution. So, it may not be surprising that people with less cognitive capacity will be attracted to simplifying ideologies.' (source)

"This is not to say that all conservatives are dumb or that all liberals are smart. That’s far too simplistic a conclusion to draw. But the predominance of extremist right-wing ideology amongst those with a low-IQ is too common to ignore.

"Another interesting study has shown a correlation between American symbols or cues – such as the flag or the word, “patriot” – and increased aggression in judging other people. These cues also increased the subject’s tendency to fall back onto war imagery and language. This occurred regardless of political affiliation or other factors. So when Fox News (or any other network) precedes a story with one of these cues, it tends to increase their viewer’s aggression towards who or whatever the subject of the report may be. Explains a lot, doesn’t it?

"What can we conclude from these studies? Strictly speaking, they have their flaws but, overall, I believe that they have been able to draw a connection between low IQ in the form of reasoning and abstract thought and racism and authoritarian ideologies. From here, perhaps we should try to teach children how better to reason and extrapolate as well as to empathize with others. Hopefully, those who have a vested interest in keeping people stupid won’t be able to block these efforts. And if they do, then parents, it’s up to you. Teach your children well."

The Conservative leadership doesn't help matters much when they utter such idiocies such as we see from a piece from syncophantastic.hubpages.com, "Really Stupid Republican Quotes:

"If it’s a legitimate rape, the female body has ways to try to shut that whole thing down." - Representative Todd Akin, Republican Senate nominee from Missouri. (August 2012)

"And I think even when life begins in that horrible situation of rape, that it is something that God intended to happen." - Indiana Republican Senate candidate Richard Mourdock (October 2012)

"You would be giving off more CO2 if you are riding a bike than driving a car." - Washington State Republican Representative Ed Orcutt (March 2013)

“What I’m saying is if my family was in the crosshairs of gangs that were roaming around neighborhoods in New Orleans or or any other location, the deterrent effect of an AR-15 to protect my family, I think, is greater than a double-barrel shotgun.” - South Carolina Republican Senator Lindsay Graham (March 2013)

"I think she's most qualified of any that has run recently for vice president, tell you the truth." - John McCain (referring to Sarah Palin in 2008)

“I didn’t know the legacy of the Republican Party included women correcting men in public.” - Scott Terry, audience member at the CPAC Conference in Maryland (March 2013)

"I used to think women just shouldn't be able to vote. Now I think at least liberal women should not be able to hold office." - Ann Coulter on Fox News' Hannity (March 2013)

"I'm not gay, so I'm not going to marry one." - Senator Saxby Chambliss (R-GA), commenting on why he won't support same-sex marriage (March 2013)

"My father had a ranch. We used to have fifty to sixty wetbacks to pick tomatoes." - Congressman Don Young (R-ALASKA) (March 2013) 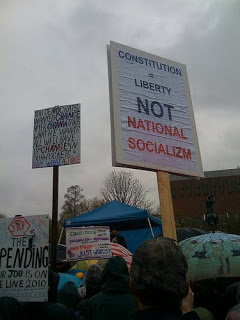 Some of the quotes involve a bit of hate as well as stupidity, but the last paragraph in the Alternet.org piece states our often-repeated position very well.  When Conservatism is criminallized, and the Conservative leadership brought to justice, the Conservative Sheeplets should be taught - like children - "how better to reason and extrapolate as well as to empathize with others."  The only ones who "have a vested interest in keeping people stupid won't be able to block these efforts," since they'll either be in prison or will have paid the ultimate penalty for their crimes.

"There is more stupidity than hydrogen in the universe, and it has a longer shelf
life."