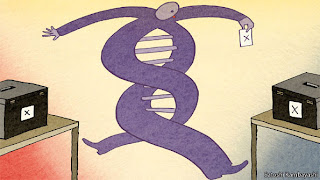 In an article in The Economist recently,  noted that, "Slowly, and in some quarters grudgingly, the influence of genes in shaping political outlook and behaviour is being recognised," further noting that, "In 1882 W.S. Gilbert wrote, to a tune by Sir Arthur Sullivan, a ditty that went 'I often think it’s comical how Nature always does contrive/that every boy and every gal that’s born into the world alive/is either a little Liberal or else a little Conservative.'"

The article goes on to say, "In the 19th century, that view, though humorously intended, would not have been out of place among respectable thinkers. The detail of a man’s opinion might be changed by circumstances. But the idea that much of his character was ingrained at birth held no terrors. It is not, however, a view that cut much ice in 20th-century social-scientific thinking, particularly after the second world war. Those who allowed that it might have some value were generally shouted down and sometimes abused, along with all others vehemently suspected of the heresy of believing that genetic differences between individuals could have a role in shaping their behavioural differences."

"Perhaps most important, liberals consistently score higher on a personality measure called 'openness to experience,' one of the 'Big Five' personality traits, which are easily assessed through standard questionnaires. That means liberals tend to be the kind of people who want to try new things, including new music, books, restaurants and vacation spots — and new ideas.

"Conservatives, in contrast, tend to be less open — less exploratory, less in need of change — and more 'conscientious,' a trait that indicates they appreciate order and structure in their lives. This gels nicely with the standard definition of conservatism as resistance to change — in the famous words of William F. Buckley Jr., a desire to stand 'athwart history, yelling "Stop!"'

While we have stressed the genetic basis of Conservative stupidity in our many articles on the subject (http://www.criminalizeconservatism.com/search/label/conservatives_are_stupid), an article from Livescience.com, "Political Preference Is Half Genetic," by Melinda Wenner reminds us that there is the upbringing of the Sheeplets involved:

"Whether you prefer Rush Limbaugh or Keith Olbermann has to do with your genes and your psychology, according to a new study.

"People who are more conscientious and prefer order, structure and closure in their lives tend to be more conservative, whereas creative people who are open to new experiences tend to be more politically liberal, says John Jost, a psychologist at New York University who conducted an overview of previous studies involving a total of more than 22,000 participants from 12 countries.

"But that psychological profile only pulls half the weight when it comes to determining people's politics, his review showed. The other half is genetic, as is revealed in studies of twins and their political bent, Jost says.

"A number of sociologists have argued that political ideology died in America after World War II because both the left and the right wing were heavily discredited at the time.

"Jost says the latest research shows the opposite, that politics in America today are very much alive. His previous research has suggested, for example, that more than 90 percent of college students can identify where their political beliefs fit on a scale running from the “left” (liberal) to the “right” (conservative), and that their affiliations strongly influence how they vote in elections.

"Americans also appear to enjoy being involved in politics.

"For instance, 44 percent of respondents to the 2004 National Election Study reported that they regularly listen to political talk radio. 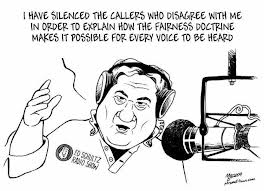 (Not necessarily a good thing, since the radio waves are dominated by Conservative shows. -- Joyce, Jnr.)


"...environmental factors, or the types of situations people encounter in their lives, determine approximately half of their political preferences."

"Given our current political appetite, Jost next wanted to know whether liberals have different psychological traits than conservatives.

"His 'meta-analysis' of previous studies, including his own, showed that liberals seem to be drawn to chaos and novelty—for instance, they tend to support social change—whereas conservatives prefer reassurance and structure, and thus like to maintain the status quo.

"Jost’s findings, detailed in American Psychologist, suggest that environmental factors, or the types of situations people encounter in their lives, determine approximately half of their political preferences.

"For example, when people fear death or terrorism, or are in a state of uncertainty, they tend to become more conservative, he said. A study of World Trade Center survivors after 9/11 reported that 38 percent grew more conservative in the 18 months following the attacks, as compared with only 13 percent who became more liberal. 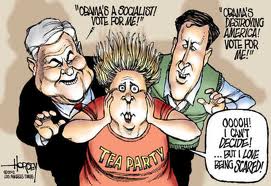 “'Forty, perhaps 50 percent of our political beliefs seem to have a basis in genetics,' said Hibbing, whose studies were included in Jost’s analysis. While genetics are unlikely to 'hardwire' people into being liberal or conservative, Hibbing said that genes could make people more or less likely to have certain values or react to situations in a particular way.

"This knowledge could pave the way to a more tolerant society, Hibbing said. 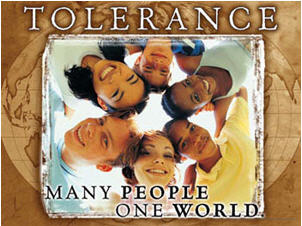 “'If you think your opponents are not just being willfully bullheaded but rather have a kind of biological predisposition toward a set of beliefs, you might not spend as much time beating your head against the wall trying to get them to change,' he said."

And if they have that kind of biological predisposition, then  -- as we've said so many times here -- we should be merciful towards the Sheeplets after Conservatism is criminalized, not punished as their leaders must be to answer for their crimes to the country and to humanity (http://www.criminalizeconservatism.com/p/punishments.html).

If their predisposition towards Conservative Authoritarian thinking is only half genetic, it seems a shame to blame the Sheeplets for their behavior if the other half of their skewed thinking is due to bad toilet training by their parents.