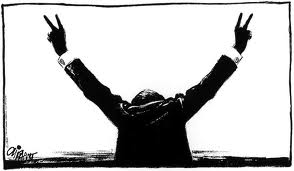 Our site is based on the following syllogism:

The first part of the syllogism must be subject to empirical proof, and the second and third parts must follow, so to continue with the collection of facts that prove Conservatism to be a criminal organization in a reprint of an essay, "Shocking New Evidence Reveals Depths of 'Treason' and 'Treachery' of Watergate and Iran-Contra, as "New evidence continues to accumulate showing how Official Washington got key elements of two major presidential scandals of the Nixon and Reagan administrations wrong.":

"A favorite saying of Official Washington is that “the cover-up is worse than the crime.” But that presupposes you accurately understand what the crime was. And, in the case of the two major U.S. government scandals of the last third of the Twentieth Century – Watergate and Iran-Contra – that doesn’t seem to be the case.

"Indeed, newly disclosed documents have put old evidence into a sharply different light and suggest that history has substantially miswritten the two scandals by failing to understand that they actually were sequels to earlier scandals that were far worse. Watergate and Iran-Contra were, in part at least, extensions of the original crimes, which involved dirty dealings to secure the immense power of the presidency.

"Shortly after Nixon took office in 1969, FBI Director J. Edgar Hoover informed him of the existence of the file containing national security wiretaps documenting how Nixon’s emissaries had gone behind President Lyndon Johnson’s back to convince the South Vietnamese government to boycott the Paris Peace Talks, which were close to ending the Vietnam War in fall 1968 .In the case of Watergate – the foiled Republican break-in at the Democratic National Committee in June 1972 and Richard Nixon’s botched cover-up leading to his resignation in August 1974 – the evidence is now clear that Nixon created the Watergate burglars out of his panic that the Democrats might possess a file on his sabotage of Vietnam peace talks in 1968.

"The disruption of Johnson’s peace talks then enabled Nixon to hang on for a narrow victory over Democrat Hubert Humphrey. However, as the new President was taking steps in 1969 to extend the war another four-plus years, he sensed the threat from the wiretap file and ordered two of his top aides, chief of staff H.R. 'Bob' Haldeman and National Security Advisor Henry Kissinger, to locate it. But they couldn’t find the file.

"We now know that was because President Johnson, who privately had called Nixon’s Vietnam actions 'treason,' had ordered the file removed from the White House by his national security aide Walt Rostow.

"So, the missing file remained a troubling mystery inside Nixon’s White House, but Nixon still lived up to his pre-election agreement with South Vietnamese President Nguyen van Thieu to extend U.S. military participation in the war with the goal of getting the South Vietnamese a better outcome than they would have received from Johnson in 1968.

"Nixon not only continued the Vietnam War, which had already claimed more than 30,000 American lives and an estimated one million Vietnamese, but he expanded it, with intensified bombing campaigns and a U.S. incursion into Cambodia. At home, the war was bitterly dividing the nation with a massive anti-war movement and an angry backlash from war supporters. 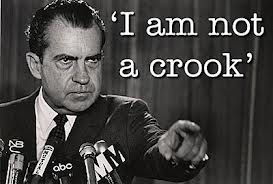 "It was in that intense climate in 1971 that Daniel Ellsberg, a former senior Defense Department official, gave the New York Times a copy of the Pentagon Papers, the secret U.S. history of the Vietnam War from 1945 to 1967. The voluminous report documented many of the lies – most told by Democrats – to draw the American people into the war.

"The Times began publishing the Pentagon Papers on June 13, 1971, and the disclosures touched off a public firestorm. Trying to tamp down the blaze, Nixon took extraordinary legal steps to stop dissemination of the secrets, ultimately failing in the U.S. Supreme Court.

"But Nixon had an even more acute fear. He knew something that few others did, that there was a sequel to the Pentagon Papers that was arguably more explosive – the missing file containing evidence that Nixon had covertly prevented the war from being brought to a conclusion so he could maintain a political edge in Election 1968.

"On June 30, 1971, Nixon again berated Haldeman about the need to break into Brookings and 'take it [the file] out.' Nixon even suggested using former CIA officer E. Howard Hunt to conduct the Brookings break-in.

"Haldeman: 'Make an inspection of the safe.'

"For reasons that remain unclear, it appears that the Brookings break-in never took place, but Nixon’s desperation to locate Johnson’s peace-talk file was an important link in the chain of events that led to the creation of Nixon’s burglary unit under Hunt’s supervision. Hunt later oversaw the two Watergate break-ins in May and June of 1972.

"In November 1972, despite the growing scandal over the Watergate break-in, Nixon handily won reelection, crushing Sen. George McGovern, Nixon’s preferred opponent. Nixon then reached out to Johnson seeking his help in squelching Democratic-led investigations of the Watergate affair and slyly noting that Johnson had ordered wiretaps of Nixon’s campaign in 1968.

"(B)ecause Johnson and Rostow chose to withhold the file on Nixon’s 'treason,' a distorted history of Watergate took shape and then hardened into what all the Important People of Washington “knew” to be true. The conventional wisdom was that Nixon was unaware of the Watergate break-in beforehand – that it was some harebrained scheme of a few overzealous subordinates – and that the President only got involved later in covering it up.

"Sure, the Washington groupthink went, Nixon had his 'enemies list' and played hardball with his rivals, but he couldn’t be blamed for the Watergate break-in, which many insiders regarded as 'the third-rate burglary' that Nixon’s White House called it. 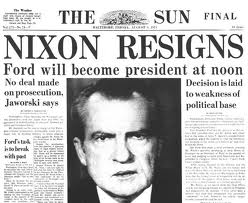 "Even journalists and historians who took a broader view of Watergate didn’t pursue the remarkable clue from Nixon’s rant about the missing file on June 17, 1971. Though a few other historians did write, sketchily, about the 1968 events, they also didn’t put the events together.

"So, the beloved saying took shape: 'the cover-up is worse than the crime.' And Official Washington hates to rethink some history that is considered already settled. In this case, it would make too many important people who have expounded on the 'worse' part of Watergate, i.e. the cover-up, look stupid. [For details, see Robert Parry’sAmerica’s Stolen Narrative.] 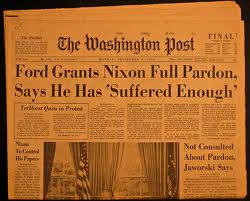 So "Nixon had covertly prevented the war from being brought to a conclusion so he could maintain a political edge in Election 1968," causing the loss of tens of thousands of lives, and he conspired to burglarize one place and ordered the burglary of two more.  These facts not only reveal the extent of Conservative/Republican deceit and treachery, they show that the right-wing never hesitates to indulge in criminal behavior when needed.

The Watergate story only adds to the empirical evidence in support of our first premise, that Conservatism is not a philosophy, it is an organized criminal organization.

"I become insane, with long intervals of horrible sanity"