First Shellshock, Then Back To The War On Democracy 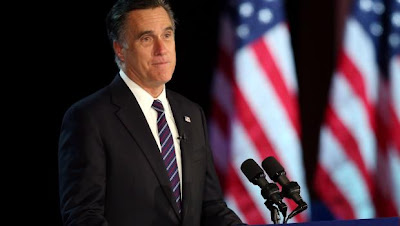 "Romney was stoic as he talked to the president, an aide said, but his wife Ann cried. Running mate Paul Ryan seemed genuinely shocked, the adviser said. Ryan's wife Janna also was shaken and cried softly.

"'There's nothing worse than when you think you're going to win, and you don't,' said another adviser. 'It was like a sucker punch.'

"Their emotion was visible on their faces when they walked on stage after Romney finished his remarks, which Romney had hastily composed, knowing he had to say something.

"Both wives looked stricken, and Ryan himself seemed grim. They all were thrust on that stage without understanding what had just happened.

"'He was shellshocked,'one adviser said of Romney."

The Election is over - and Romney's shellshock may afford a generous amount of schadenfreude to the victors - but the battle rages on. The War Against The Poor, the Middle Class, and Women was reignited by the Conservative crime cartel on the day following Election Day, and victory by the People won't be won against the most powerful criminal syndicate in history until Conservatism is criminalized.

Democrats have won the White House and maintained their majority in the Senate. But although there were some seats picked up in the House of Representatives, it still remains in the hands of the GOP - and most interestingly, in the hands of the wackiest and most vicious section of that party, hijacked from the traditional leadership by the more ambitious of the Conservative religiopaths and budget hawks, the Tea Party acolytes.

On the day following Election Day the Conservative leadership, together with their funders, the Adelsons and Koch brother capo di tutti capi, the continuing, relentless march to subvert our constitution and recreate the days of serfdom under the New age of American Feudalism began.

The book by Edwin O'Connor written in 1956, The Last Hurrah, was a fictional harbinger of the Reagan, Quayle, Dubya phenomena so often used since by the GOP:  Find a candidate who looks relatively good in photos and tv, can fake a modicum of charm, and who will do what he is told by his advisers and consultants - and then he can be elected to public office. Intelligence is not required.

The Conservatives, in the guise of party operatives and politicians, will always continue their quest to grab permanent power. Grabbing it stealthily, relentlessly, and for the most part more slowly than many of the low level Republicans and sheeplets would like. But it is this gradual erosion of our democracy together with the incessant political propaganda mill paid for by the rich and subsidized by our tax dollars that is working to subvert and displace the People while basking in the light of complacency and ignorance. 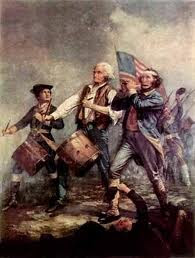 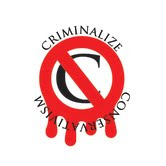