The Proud And The Profane

The Houston Press Blog published a story about a new phenomenon, the Profane Left Wing Internet Trolls (For adults only!), titled The League of Extraordinary Internet Trolls, by Jef With One that is informative from the standpoint of demonstrating effective rhetorical techniques against Conservative sheeplets - and it is extraordinarily funny too.

Due to the profane (impious, irreligious, vulgar) nature of their work, please click on their names below to read their masterpieces of invective.

The League of Extraordinary Internet Trolls

"Recently I became aware of a new kind of performance artist. At least a kind I had never heard of before. It was a group of dedicated Facebook pseudonyms that made it their goal to attack right-wing Facebook pages with angry, profanity ridden, and often hysterical comments specifically to be drawn into arguments. The results of this troll-fu would be screencapped and added to the troller's own Facebook pages as an example of guerilla creation. Think of it as street art painted on the underpasses of the information superhighway.

"They build some pretty fair followings from this as well. Thousands of fans avidly watch their interactions and will even join in on the fun in order to wage bitter Internet war in the far right corners of Facebook. It's blossomed into a kind of community where each of these artists supports and promotes the other in order to build what I can only call the League of Extraordinary Internet Trolls. Today, I introduce you to them. 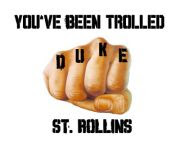 "(Duke St. Rollins)  is the man behind the 1,000,000 Strong to Help Improve Tea Party Patriots' Spelling and Grammar group, and it was his constant attacks on pro-Tea Party pages that led to his rise in popularity. His comedic approach is known for its absolutely brutal honesty, and is beautiful in its primal viciousness. Watching St. Rollins work is like watching a nature documentary where bring down slow prey.

"The League has no leader, but if it did it would be Duke St. Rollins. He began his troll career during the 2008 elections. Originally he trolled under his own name, but soon realized that that was not the wisest course of action. Thus was born the ultra-Reaganite Duke Strollington. Strollington (Chosen because it contained the word "troll") was an undercover conservative who eventually switched sides in a betrayal that left St. Rollins with death threats and hostility. After a hiatus, the identity re-emerged as Duke St. Rollins in tribute to the famous Black Flag singer and spoken word artist Henry Rollins.

"Watching St. Rollins work is like watching a nature documentary where cheetahs bring down slow prey."

"Like the hero he emulates, Thor's drive is the lack of truth. Where legitimate, well-thought out differences of opinion are expressed he does not go, but, "It's an entirely different thing to watch someone post like Rush Limbaugh's recent claim that Obama was behind the hurricane. That shit bothers me and that's when Surly Thor flies down and drops a Mjolnir-sized serving of truth and a few insults out the door."

"Obviously Thor lacks his counterpart's Godlike abilities, but is adept at using Old English to confuse and distract lesser minds so that they have a hard time rebutting what he's saying. He draws them in slowly with Shakespearean prose until he unleashes blistering insults as parting shots. It's a devilish technique that drives opponents mad." 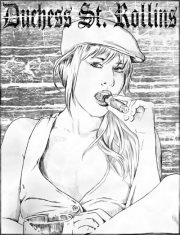 " The Duchess is Batgirl to St. Rollins' Batman. Being she was a big fan of his trolling, the two became friends, and he encouraged her to follow in his typesteps using the feminine of his name. "I'm not sure why he entrusted me with the brand that he had personally built such a solid reputation for, but I am grateful and I think it's worked out pretty well for us," said the Duchess via e-mail.

"With her page often under attack from what she calls "Teabilly Trolls" and Snopes-debunked anti-liberal myths, she realized that civility was just not cutting it. The Duchess uses a bitchy approach that is tempered by a touching feminine compassion for the poor and down-trodden she feels are under attack from conservatives. She's a passionate Factchecker who is always keen to destroy racist and bigoted arguments with her truth ray."

"...one day a friend showed him St. Rollins' group and all that changed. As a stay-at-home dad tired of watching Team Umizoom (I feel you brother. Door Mouse can suck it) he decided to get in on the fun and wade into battle.

"Unlike his colleagues, Strongwell tends to seek out the fringes of the Internet hunting for the most stupid and absurd, whereas St. Rollins regularly visits even Mitt Romney's Facebook to launch attacks. Strongwell is a keen detective that can follow the trail of lunacy through various pages, and also fights a tireless war against perverts on Add Me pages.

"'Facebook seems to be an unlimited font of quasi-literate lunatics so detached from reality they post poorly worded hate gibberish all day about how their socialist Marxist Kenyan president wants to turn their children into gay Muslims and give away their guns to the Red Chinese or some such," said Strongwell. These people are always good for a laugh.'"

These trollers may only be the beginning.  Already a new troller has popped up: 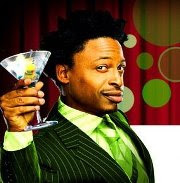 The following sample is closer to a rating of PG-13 than the typical posts of the others, and admittedly still an X rated post, but here you go...

Scrolling through the posts of the Extraordinary Trolls will help you through the weekend, give them a try. 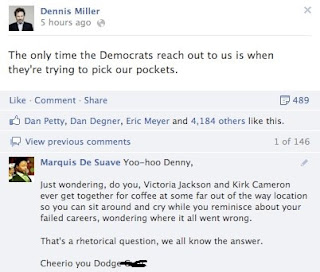 We admit that these Extraordinary Trolls may prove too aggressive, too profane (see above) for many  of you.  But, knowing that the hate and and criminal utterances coming from the mouths of the sheeplets and their capos can't be compared to a few cuss words from the left, if you want aggressive and profane rebuttals to Conservative nonsense and illogic, these roaming, trolling authors will give you some cheerful moments this weekend - Have a happy weekend!

The state or condition of a community consisting of a master, a mistress and two slaves, making in all, two.