Smart People Not On The Conservatives' Side - Santorum 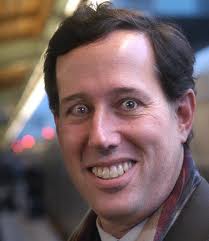 Rick Santorum: Conservatives Will Never Have “Smart People On Our Side”


From an article on crazed homophobe and disappointed GOP Presidential contender, posted by Buzzfeed.com yesterday:

"WASHINGTON, DC — Former presidential candidate Rick Santorum attacked the media and 'smart people' for not being on the side of conservatives in a speech to the Values Voter Summit on Saturday.
"'We will never have the media on our side, ever, in this country,' Santorum, a former Pennsylvania senator, told the audience at the Omni Shoreham hotel. 'We will never have the elite, smart people on our side.'


"Santorum also criticized the libertarian wing of the Republican party for not supporting what he sees as the pillars of conservatism: religion and family.

'When it comes to conservatism libertarian types can say, oh, well you know, we don't want to talk about social issues,' Santorum said. 'Without the church and the family, there is no conservative movement, there is no basic values of America.'"
Readers of this site know, especially of the "Stupid Is As Stupid Does" series , how Conservatives stack up on the IQ scale (http://www.criminalizeconservatism.com/search/label/conservatives_are_stupid), but it is rare that a Conservative in the leadership ranks - though in Santorum's case, a failed leadership role - admit to their inherent stupidity.

Santorum is no stranger to outrageous statements, as we can see: 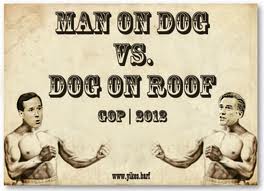 This one has followed Santorum for nearly a decade. In a 2003 interview with The Associated Press, Santorum argued that if the Supreme Court struck down sodomy laws and allowed people to perform homosexual acts in their own homes, thousands of years of civilization would go out the window. Marriage as an institution that exists only between a man and a woman must be upheld, he said. “In every society, the definition of marriage has not ever to my knowledge included homosexuality,”Santorum said. “That’s not to pick on homosexuality. It’s not, you know, man on child, man on dog, or whatever the case may be.”

In a freewheeling interview with conservative blog CaffeinatedThoughts.com last October, Candidate Rick spent a good deal of time rhapsodizing about what President Rick would do about contraception and sexual ethics. “One of the things I will talk about, that no president has talked about before, is I think the dangers of contraception in this country,” Santorum said. “Many of the Christian faith have said, well, that’s OK; contraception is OK. It’s not OK. It’s a license to do things in a sexual realm that is counter to how things are supposed to be.”
......

In a February 2004 article in The Morning Call, an Allentown, Pa., newspaper, Santorum (cited in the article as “the Senate’s No. 3 GOP leader”) said gay marriage “is an issue just like 9/11. We didn’t decide we wanted to fight the war on terrorism because we wanted to. It was brought to us. And if not now, when? When the supreme courts in all the other states have succumbed to the Massachusetts version of the law?”

Liberals have been fiddling with medieval history, Santorum alleged at an appearance in Spartanburg, S.C., in February 2011. “The idea that the Crusades and the fight of Christendom against Islam is somehow an aggression on our part is absolutely anti-historical,” Santorum said. “And that is what the perception is by the American left, who hates Christendom."

(Click here for the rest of his stupidities --> http://www.thedailybeast.com/articles/2012/02/20/10-outrageous-things-rick-santorum-has-said.html) 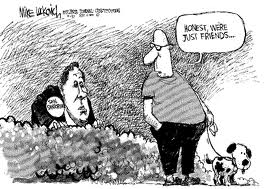 Will Santorum's statement usher in a new age of the Smart Party vs. the Stupid Party?  Will the GOP conduct voter registration drives from middle school drop out lists?  And will Supreme Court judges picked by Republican presidents in the future be chosen from those in law schools finishing dead last in grading?

Santorum lost his Senate seat in 2006 by a mind boggling eighteen points, and even the ultra-Conservative Washington Examiner admitted:

"But it wasn't all issues. Santorum also made personal decisions that came back to haunt him in 2006. For example, even though he owned a modest home in Pennsylvania, he moved his family to a much nicer house in Virginia, leading to charges not only that he had abandoned his home state but also that he had gone native in Washington.

"In Virginia, Santorum kept his home-schooled children in a program run by the Western Pennsylvania Cyber Charter School. That cost Pennsylvania taxpayers thousands of dollars a year, and some of Santorum's political opponents demanded that he reimburse the state. 'Just pay the money back,' (Democratic opponent and winner, Bob) Casey said to Santorum in one debate. 'You ripped off the taxpayers. Pay it back.' Santorum declined, and an adjudicator ruled in his favor, but the school highlighted the fact that Santorum had left Pennsylvania behind.
"Finally, there was Santorum's personality. In the Senate as well as in his home state, Santorum often struck people as arrogant and headstrong, preachy and judgmental. Even today, he sometimes becomes so involved in an argument that he seems intent more on winning the argument than reaching some sort of useful agreement."

When Stupid meets Crazy, bad things can happen to the country, but fortunately the GOP decided that even a compulsive prevaricator with no ideals or scruples like Mitt Romney was preferable to "Man On Dog" Rick Santorum. 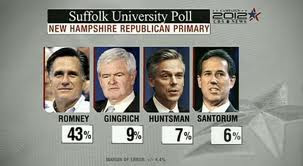 "I don’t know how she did it, but Rachel got poison ivy on her brain. The only way she could scratch it was
if she thought about sandpaper."Steven Wright