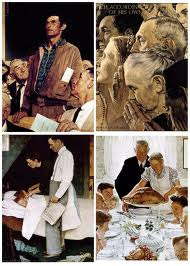 Conservative leaders and propagandists love to throw the word "liberty" around, declaring that only they are in favor of it and that everyone is against it.

Like other strategies of projecting the more evil aspects of Conservatism onto their opponents, liberty is actually something all Conservative leaders fear and hate.

Conservative capos need Christian Evangelicals' money and votes, so they deny other denominations' Freedom of Worship; they strive to keep the income of the middle and poorer classes low, robbing them from Freedom of Want; their bought-and-paid-for politicians cut monies from programs assisting the poor and ill and give these funds to their wealthy capos, thus  denying the disenvantaged the Freedom from Fear: and they rob the non-Conservatives their right to have their votes counted, stealing from them their Freedom of Speech.

Since the founding of our country, the Elites disdain of Liberty has been the basis of their battle against the People.

2.  Did Republicans sabotage job creating legislation, whose impact would have been felt this year, to deny Obama a second term? Have they begun to pass things now that would trigger growth right after the election? --> http://www.policymic.com/articles/9124/unemployment-is-high-by-republican-design-as-gop-sabotaged-obama-s-job-proposals 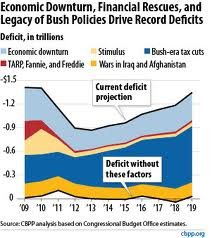 Statements by GOPsters about hating budget deficits are all lies and smoke, they *love* deficits: when Bush was annointed in 2000 Dick Cheney declared the inherited budget surplus of President Clinton's a Bad Thing, wanting it to be "refunded" back to taxpayers or used to lower future tax rates.

Think about this for a moment.  Except for the times Reagan and Bush, Jr. ran deficits through the roof, Conservatives have incessantly called for balancing the Budget: Cheney *should* have called for the deficit to be paid down with Clinton's surplus, but he brazenly showed the Conservative leadership's and donors' hand - they don't care about the deficits, they care about ultimate power.  And because their sheeplets possess an average IQ of 94.6, they blithely ignored Cheney's comment, the most stunning display of cognitive dissonance imaginable.  (Cheney's later comment vis a vis Bush's re-election being no problem, because even Reagan's obscene deficit increases didn't stop the uninformed Voters from re-electing an Alzheimers-stricken mean old man, was a telling observation on why the lack of education can usher in the end of democratic government.) 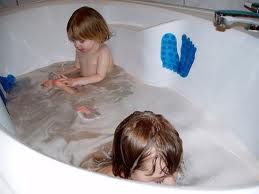 From GOP leader Grover Norquist: "My goal is to cut government in half in twenty-five years, to get it down to the size where we can drown it in the bathtub."   Republicans want a reverse-repeat of the success of the Democratic Party's 50-year reign, to be implemented only after succeeding generations of voters had forgotten that Republican ideals caused the Depression.  Memories are short, Conservative propaganda is loud, and voters started giving Republicans power once again, ultimately causing the Depression that we're in right now.  (No, it's not a recession, recessions recede; depressions are stagnant recessions stuck with no improvement in sight.  The Gop intransigence in preventing us from spending our way back to prosperity is no fluke, not merely a feud against a black president - they're hoping Obama and the Democrat take the fall for their work, leading to a permanent Republican government.)

4.  The Good Old Days of Democracy.

Once upon a time, America was a thriving nation where the MAJORITY shared the success enabled by the fruits of their labor... The top marginal tax rate was between 70-91%, the gap between the rich & poor was slim, workers enjoyed a standard of living the envy of the world... & America could bring to fruition the amazing visions of scientists who dreamed of a final frontier.  Those days are over thanks to "The Reagan Revolution"...a counter-revolution to the New Deal policies that created "The Great Prosperity."  Today, investment in America isn't as important as another tax giveaway to a billionair.  Thank a Republican. (From Republicandirtytricks.com, 6/17/12) 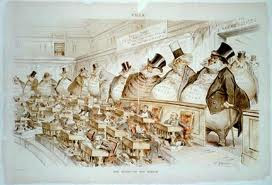 The History of The United States From 1932 To The Present: Voters knew that the policies of the GOP as the party of the wealthy minority caused the Depression, so the Democratic Party remained the majority party for over 40 years - until Rush Hudson Limbaugh III and Roger Ailes arrived, backed by the wealthiest corporate sponsors, and well-versed in the propaganda methods of the Third Reich.  Two men, truthfully, two men with the expertise of just one man - Joseph Goebells - changed the face of a nation, but their brilliance rested with the realization that all they had to do was brainwash the semi-literate grandchildren of the Depression generation.  Their grandparents would have been appalled, but Limbaugh and Ailes will be noted in our history books with adulation should the Conservatives succeed in their ultimalte plan. 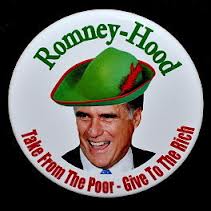 6. Did "Romney Hood" Really Rob From The Poor, Give To The Rich.