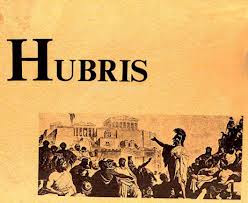 Republicans have never been so honest about their true objectives before: to eliminate Social Security, Medicare, Medicaid, and eliminate taxes for the wealthy, passing the tax burden on to the middle class while eliminating all help for the poor and disadvantaged.  They now publicly express their disdain for women, the elderly, the unemployed, the ill, the farmers. And students and teachers and anyone else who isn't a rich white male.

And finally, they have stifled all legislation except for tax-cutting for the rich and voter suppression, and are openly seeking to eliminate any political debate or enact any legislation initiated by non-Conservatives.

With a minority of electorate support, only a supreme confidence that super pac millions, coupled with voter intimidation, theft, suppression, fixing, and machine hacking, will guarantee them victory in November makes any sense in explaining their supreme arrogance after years of hiding their core beliefs.

So why the apparent hubris, why do the Conservatives not bother to hide their true purpose in life? 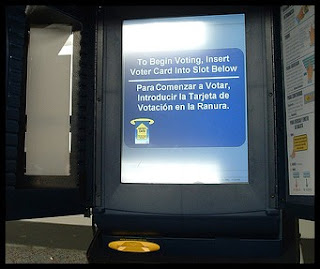 The Bradblog.com, hosted by Brad Friedman, "..covers voting rights and election integrity issues in the USA, and a number of other subjects related to media reform and political corruption...
"His blog site is generally critical of Premier Election Solutions (formerly Diebold Election Systems), ES&S, Sequoia Voting Systems and electronic voting in general.

"Based on his advocacy at The BRAD BLOG and in other publications, he was invited to testify at the Election Assistance Commission's Voting Advocate Roundtable Discussion. Friedman is a noted advocate of a return to paper balloting and of the role of bloggers as journalists.  (H)e has been described in the New York Times as 'perhaps the most dogged critic of electronic voting machine technology in the blogosphere.'"

And among bradblog's many postings we find: 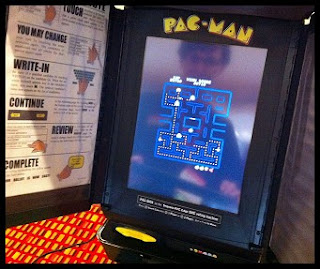 They are NOT interested in anything but what one of their consiglieres, Grover Norquist advocated, "drowning the Peoples' government in the bathtub." (Norquist is famous for two things: avoiding the prosecution that brought down capo Jack Abramoff down and most famously, for voicing the final goal of the Conservatives - "I'm not in favor of abolishing the government. I just want to shrink it down to the size where we can drown it in the bathtub."

Norquist also said that his goal was to take us back to the time "up until Teddy Roosevelt when the socialists took over. The income tax, the death tax, regulation, all that." (http://www.criminalizeconservatism.com/2012/07/legislative-remedies-to-criminalize.html) 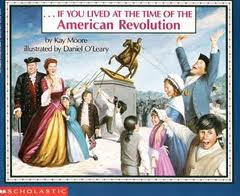 If they steal the election through criminal means - again - and all legal remedies are gutted, what can Americans do?

"Mrs. Allerton said,"Love can be a very frightening thing."

Poirot: "That is why most great love stories are tragedies."

Agatha Christie, *Death On the Nile.*