Apologia To A "Fellow Liberal" 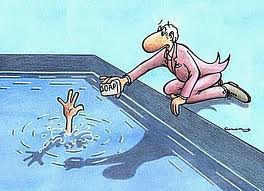 A few hours ago, the following appeared on my Criminalize Conservatism Facebook page:

"Respectfully, as a liberal, I cannot 'like' this page, as I find it very disturbing. Liberals have always fought hard to expand political discourse of all ideologies, not to criminalize it. A society in which only one ideology is considered superior and legal, is neither democratic nor free."

To which I answered:

"Respectively, you'll see nowhere on this page nor on my site a request for 'likes.'. If you had read further, you might have discerned that I too am a liberal, but I deny that Conservatism is a political ideology, as it is nothing less than...

a criminal enterprise and should therefore be criminalized.

"Further reading would also have precluded your rather condescending sounding comment, that I found disturbing, 'A society in which only one ideology is considered superior and legal, is neither democratic nor free,' from being penned, as not only do you not see me promoting a one-party/ideology society in any posting on Facebook or my site, I show in my essays and pages that there are a multitude of factional interests other than the two controlling parties in the U.S. that exist exclusive of the Conservative murderous criminal cartel.

"I urge you to peruse the pages contained within the tabs on the top of the Criminalize Conservatism web site before responding and save your sanctity for the Conservatives who infest our society, not criticize those who wish to eliminate their criminality once and for all. 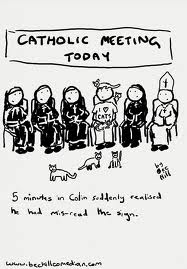 While I am used to getting criticism from the Conservative sheeplets, this is the type, though infrequent, of criticism I get from those on the middle-to-moderate left side of the political spectrum.
To hopefully forestall further complaints from followers of this site, I am reprinting the page under a tab on top of the Criminalize Conservatism web site, entitled, "Objections Rebutted" and recommend that you explore the essays contained within the other tabs.
(By the way, for those of you perceptive readers who have seen no "apology" to my liberal friend, although this posting is entitled "Apologia To A Fellow Liberal, you are...perceptive.)

The most common objections to Criminalizing Conservatism fall under four simple headings:

1. The First Amendment's Free Speech Mandate.
2. The Necessity of A Two-Party System.
3. The Retort that "liberalism" Should Be Criminalized.
4. Today's Conservatives, The Tea Party Types Are The Radical Extremists, the GOP isn't so bad.
5. Banish them, don't punish them.

While these objections seem at first to be viable considerations in making the Conservatives accountable for their criminal activities , we shall make short work of them, thus:

Free speech does not permit us to threaten another or to lie for profit with impunity, nor does it permit us the proverbial yell of "fire" in a theater. Mafia figures cannot invade our schoolyards to recruit our children nor to dull their minds by selling them marijuana, and confidence men are routinely sent to prison for robbing their victims without laying a hand on them.

These are all viable analogies of the crimes committed against our country as a whole and to our citizens individually by Conservatives, and have nothing to do with honest political debates where opinions are examined for the benefits to the welfare of the People. Conservative rhetoric is aimed solely to acquire total power, maximize income, and retain assets for the benefit of the rich by any means. Speech supporting such goals cannot be tolerated in our democracy.

2. The Necessity of A Two-Party System.

The most specious of arguments: The two-party system is not necessary to democracy, it exists in other political systems similar to ours, especially parliamentary forms of government, and hundreds of competing factions exclusive of right wing interests can coexist exist in every country. In this country, labor interests have competed with environmental interests and feminist issues are often at odds with liberal faith-based factions.

It can be argued with more validity that two-party systems are detrimental to democratic societies, and that in countries where two parties dominate the system, they are for all purposes alike except for their shared lust for power.

3. The Retort that "liberalism" Should Be Criminalized.

The most laughable of the five objections and the product of the juvenile "so are you" mentality. George Washington was a liberal (http://www.truebluepartyblog.com/2011/06/why-i-am-a-liberal.html) as were most all of the Founding Fathers, but the attempt by Conservatives to subvert the democratic spirit still lives. Conservatism, the mouthpiece of the rich, is antithetical to the revolution's spokesmen - the Peoples' declarations at the ballot box.

4. Today's Conservatives, The Tea Party Types Are The Radical Extremists, the GOP isn't so bad.

Some will protest, saying, "Oh, Joyce, today's Conservatives are just wacky right wing radicals, extremists that voters are sure to unseat in elections to come." But to those Uninformed Voters (http://en.wikipedia.org/wiki/Criticism_of_democracy#Irrational_voters) I must explain that these are not merely extremists, they are merely Conservatives smelling Final Victory, filled with arrogance, endowed with the hubris of a party that knows that complete domination of the government is within inches of spitting distance. They own the media, they own the Supreme Court(http://www.thenation.com/article/none-dare-call-it-treason) and Congress, and they are getting closer to the Great Depression II that their propaganda mavens will lay the blame for on the backs of the Democratic Party. Until the GOP was able to elect a one-term Congress in 1946, the infamous Do-Nothing Congress, and were able to convince the malleable war hero Eisenhower to run and win the presidency in 1952, the country understood how the elitist policies of the rich had caused the Great Depression I. Then came Nixon, Reagan, Gingrich, Rush Limbaugh, and Fox "News."

The right wing extremist capos, in the guise of theTea Party leadership, isn't something new or different; they are the logical absurdity of Conservatism gone wild. Allies of the Conservative philosophy, of the right of the Elites to rule, they are just Christians Gone Wild. They are descendants of the "Enthusiasts" of the 18th Century (http://www.english.upenn.edu/~mgamer/Etexts/hume.superstition.html), the new American Taliban, the street soldiers who ignore the their Savior's mandate on the Sermon On The Mount, as written in Matthew 6:5-15 (http://www.english.upenn.edu/~mgamer/Etexts/hume.superstition.html). These exhibitionist need to admire their own holiness in public, a practice quite at odds with their professed Christian beliefs. The American Taliban is enthralled with the more murderous Biblical mandates of the Old Testament. ("And he that blasphemeth the name of the LORD, he shall surely be put to death, and all the congregation shall surely stone him: as well as the stranger, as he that is born in the land, when he blasphemeth the name of the LORD, shall be put to death." Lev. 24:16).

5. Banish them, don't punish them.

Banishment, a punishment popular in Greece and Rome, created future problems for the citizenry. Safe from further prosecution, observation, and controny of the ostracized citizens continued their political mischief, raising money to hire armies, spies, and agent provocateurs, thus continuing their war against the State. No more needs to be said other than to refer the reader to the adjoining tab, "Penalties And Punishments."

Like mold on food, a parasite in the body, or a pimple on one's skin these hoodlums waving the red flag of Conservatism should be eradicated or contained.

Just examine a scattering of deaths that are caused by the wealthy conservatives or their representatives: liquor and cigarette ads aimed at our youth, leading to cancer, strokes, and heart attacks, highway deaths and murders; higher and higher speed limits to please the oil and auto moguls, but leading to more senseless highway deaths; politicians delighting in playing soldier like Reagan and the Bushes in their senseless invasions of Grenada, Iraq, and Paraguay; poisoning our air, (no matter the number of smog-related deaths and disease), water (remember the Exxon Valdez and BP oil spill?), earth (now permeated with pesticides and other cancer-causing sprays), and food (also leading to obesity, cancer, and diabetes via the use of preservatives, corn syrup, GMOs, hormones, dyes); and quashing health coverage for the indigent, just for starters.

Grover Norquist, who tells GOP Congressmen what to do and when, spilled the beans and no one noticed when he said, "My goal is to cut government in half in twenty-five years, to get it down to the size where we can drown it in the bathtub." The conservative leadership's goal is to thrust our country into another Great Depression.

Franklin Roosevelt was able to show Americans how Conservatives created the stockmarket crash in 1929 that created the Great Depression. The recognition of Conservatives' true aims created a national belief in liberal philosophy for over 20 years until behind-the-doors Conservative efforts ushered in the election of the Do-Nothing Congress of 1947 and the hapless Eisenhower in 1952, which in turn led to the victories of the Reagan-Bush Era and the takeover of the judiciary, as we see above, so that even our once-hallowed Supreme Court has been corrupted.

“I do draw a distinction between looting a company, leaving behind broken families and broken neighborhoods, and leaving behind a factory that should be there,”said Republican Newt Gingrich recently. In the clearest picture yet of the true meaning of compassionless Conservatism, the follow-up on this recent attack by Newt Gingrich on Mitt Romney was seen by virtually *every* Republican goodfellow in one 24 hour period SOLELY as an "attack on Capitalism" .

“Is capitalism really about the ability of a handful of rich people to manipulate the lives of thousands of other people and walk off with the money, or is that somehow a little bit of a flawed system,” Gingrich asked reporters after a visit to an electric company here. “I do draw a distinction between looting a company, leaving behind broken families and broken neighborhoods, and leaving behind a factory that should be there,” he said. Yes, that was the Gingrich who left two wives behind (so far).

The Supreme Court finished up the Federalists work with the Citizen's United 5-4 decision. It first got the ball rolling with the decision that corporations were people; then the decision that political cash contributions were a form of "free speech," that is that money talks; and then it drove the last nail in the coffin of fair elections by saying that any corporation could give any candidate unlimited amounts of money without being required to disclose the source!
Naturally, the Party of the Wealthy will win every court battle.

But in the interest of fairness and good will, I will later present an essay by prominent Republican theoretician, William Buckley, Jnr, (a descendant of the more liberal William Buckley of Australia - not to be confused with William Buckley, *Jr.,* a now deceased pseudo-intellectual of the Conservative stripe), "An Argument Against Criminalizing Conservatism In The United States," that makes the case that criminalizing the Right Wing will provide us "with some inconveniences" nor will it produce "(m)any good effects proposed thereby." (Criminalize Conservatism's sister blog, "Criminalize Fascism," will be referenced in later posts, again in the interest of fair dealing.)