A One Day Digression From Criminalizing Conservatism 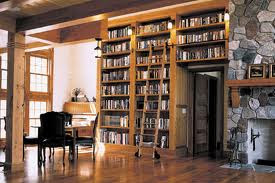 Today marks the start of the second month of Criminalizing Conservatism, and today I am deviating from the usual them - the task of exposing the Conservative movement for the criminal syndicate it is.

I had promised that I would be posting some essays from the original Joyce, Jnr's files, political essays that he had written before starting "Criminallize Conservatism," but came accross the following yesterday - a personal letter that Joyce, Jnr had sent to me just a few months before his death.

On this, the first-month anniversary of "Criminalize Conservatism," I am posting this letter to give readers a sense of the person that Joyce Jnr was.

We had been recounting a game that we had played in gatherings where alcohol was the major food group, and I would like to share the game and Joyce, Jnr's reaction to it.

We invented and then instigated a game at parties over the years that non-readers hate, called, for the lack of a catchy title, "Name Your Five Favorite Writers."

The premise:  About to be marooned on a desert island for who knows how many years - maybe for the rest of your life - you get to pick the books written by your five favorite writers and take them with you.

We always warned players that their picks would define themselves to the other players, and that in a sense, this was the underlying purpose of the game.  Someone who piced the Marquis de Sade or Friedrich Nietzsche would be looked at differently than one who picked Helen Gurley Brown or Grace Metalious (note the generational reference!).

In addition, the Bible was excluded from play, since we refused to accept "God" as the writer of all those books without some empirical evidence.

As I often have been wont to say, "I'm not smart, I just read a lot," and the following is an expansion of our original limit of five writers.

You will recall that I now have about 1,500 books, culled from approximately 5,000 that were the only ones to survive the cross-country move to my present home.  Some, mystery collections like Rex Stout's and Agatha Christie's books, I sadly gave away, knowing that they were available at the State Library; others, especially the Greek and Roman and 18th century's writings and my encyclopedias, I could always find at the State Library.

As you know, if I were given the pick of all the books *written by just five writers,* my choices would be:  Homer, Shakespeare, Voltaire, Bierce, and Twain.  Except for Homer, the sheer volume of these writers would keep me busy for years!  The pleasure of slowly reading Homer would make up for its relative brevity.

Shakespeare, Homer, and Twain need no explanation. But I included Voltaire for his Philosophical Dictionary, and Bierce, especially for The (Unabridged) Devil's Dictionary, proof among other writings that he is this country's premier satirist.  (I define Twain as a "humorist," although he wrote some memorable satire.) 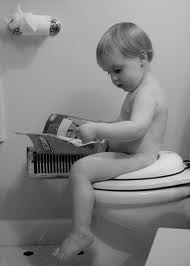 Wodehouse, a master of the written word, has written around 100 hilarious novels and numerous short stories, 15 plays, and 250 lyrics for 30 musicals (I reluctantly exclude the other "funniest writer of the 20th century, James Thurber, at the present); Stout and Sayers are highly literate mystery writers, Stout having written 73 books and Sayers wrote 11 novels and 21 short stories, drat. (Note that while I had read all the Wimsey short stories years ago, I've just finished reading 8 out of her 11 Wimsey novels in a reading marathon this week); Hartmann, especially his What Would Jefferson Do, and Mooney, with his The Republican Brain, are contemporary political writers, and their writings are very important in today's climate of right wing hatred and divisiveness.  The last two books helped start me on my was to Criminalize Conservatism, which will hopefully be launced before long.

O'Hair for the "God issue," with regret in being unable to include Lloyd M. Graham's Deceptions And Myths of The Bible, much less books written by and about artists and scientists; Hamilton for her summaries of works and culture of the Greeks and Romans - in making my decision vis a vis the move here, I decided that the works and writers and artists can then be picked up at the local library or Amazon.com; Innes was another Oxford-educated mystery who that can be placed next to the Sayers pantheon of literate who-dunnit writers; Mencken, the iconoclast who wrote the irreplaceable The American Language; and John Bartlett's for, of course, Bartlett's Quotations (especially the 1937 11th Edition) because it points us to so many important writers and other figures of note.  (Again, in my move here, like Hamilton's books, I felt that the quotations could then lead one to the library to pick up the complete source of the quotations.  Strangely enough, I might consider Bartlett's 1937 edition as the winner if I were only allowed *ONE* book on the desert isle!) 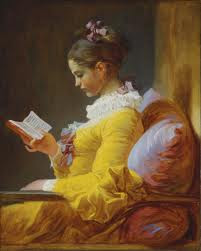 Others impossible for me to exclude: Thomas Jefferson, John Ruskin, Harold Speed, Frances Burney and Jane Austen, Charles Dickens, Rudyard Kipling, R. L. Stevenson, James Thurber, Agatha Christie; the triad of Donne, Poe, and Swift; and George Bernard Shaw, Julius Caesar, Wil and Ariel Durant, Daniel J. Boorstin, and numerous other poets and prosodists give us pause when ranking writers - along the lines of the impossibility of voting for "Best" actors every year.

And how to include the compilers of *The Great Books,* or the six-book Mentor Philosophers "The Age of" series, or even "one-book" writers:  La Rochefoucauld for his *Maxims, *as Eric Hoffer for the classic The True Believer, Tom Paine for The Age of Reason, (although his other books should be read too), James Boswell for Life of Johnson, Edmund Rostand for his Cyrano de Bergerac, and Erasmus' great classic (and most difficult to read in this list) Praise of Folly.  I do not include the person known as "God" in this "one-book" category for his Bible because of the sloppy editing, derivative "philosophy," and the disputes of authorship rivaling those that were supposed to have penned Shakespeare's classics.

And it's obvious that my reading isn't geared predominantly towards the 20th Century - that's just the way I am, for some reason.
As I noted on the top of this "list," I ain't smart, I just read a lot...possibly due to having a college professor and a librarian for parents.

But fear not, we will get back to flogging Conservatives tomorrow!