Back To The Days of The Mafia Pay-Offs

Casino magnate Sheldon Adelson, American Billionaire and #14 on Forbes list, whose wealth was estimated in March of this year to be $24.9 billion dollars, may be in trouble - unless... 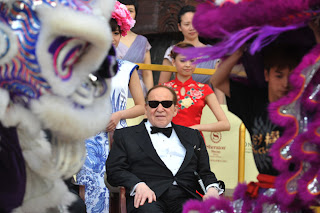 Majority owner of the Republican Party and Chairman and CEO of the Las Vegas Sands Corporation, the parent company of Venetian Macao Limited which operates The Venetian Resort Casino and the Sands Expo and Convention Center, Mister Adelson is under investigation by the Justice Department and the FCC for violating the Foreign Corrupt Practices Act for "fixing" local Macau government officials and fellow "legitimate businessmen," i.e., Chinese crime figures, to keep his foundering Macau casinos from foundering.  Nevada State investigators are also in the act since state law bars licensed casino operators from associating with members of organized crime.


For news junkies and those of a political bent, the name Adelson is not new - as the New York Times noted:

'That’s $60 million we know of (other huge donations may be secret), and it may be only a down payment. Mr. Adelson has made it clear he will fully exploit the anything-goes world created by the federal courts (read "Supreme Court Conservative Consiglieri") to donate a "limitless" (read "$100,000,000) portion of his $25 billion fortune to defeat the president and as many Democrats as he can take down."

News junkies may not know that comedienne Sarah Silverman offered the capo di tutti capi (who, under his hated Obama Administration, is the man who has made more money than any other American in that three-year period),
an indecent proposal if he would transfer his campaign largesse from Mitt Romney to Barack Obama. (http://www.mediaite.com/online/sarah-silverman-offers-to-scissor-billionaire-sheldon-adelson-if-he-gives-his-money-to-obama-not-romney/)
Now the reticence of Mr. Romney to condemn the newly-designed Olympic uniforms Chinese roots can be deciphered ("These matters are extraneous."): Mr. Adelson is the largest American investor in China and needs Romney's protection, just like the good old days. 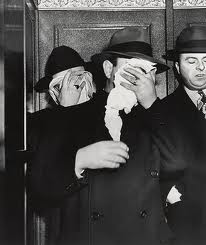 The implications of this explosive journalistic masterpiece are obvious - if Mr. Romney becomes President, the Justice Department, FCC, and the State of Nevada can be considered Bought And Paid For.  Not since the days of the Mafia buying and paying for their pet politicians has the country seen such blatant fixing by criminal syndicates.  And thanks to the Supreme Court, the Mafia could get a resurge in their lost power by buying off our politicians once again -- but this time with no repercussions..
Coupled with voter suppression, voter intimidation, and voter machine hacking, the days of the 1940s and 1950s are upon us again - brought to us by the American Conservative crime cartel and its lackeys in the Republican Party.

* footnote to the paragraph above, referencing Romney's reluctance to criticize the Chinafication of the Olympiads' uniforms, the Huffington Post confirmed the Daily Kos story that "while at the helm of the 2002 Winter olympics in Salt Lake City, Romney outsourced the production of torchbearer uniforms to Burma."

Mr. Romney, the hawkish draft dodger, seems to have an attraction towards fellow criminals in the form of military dictatorships.