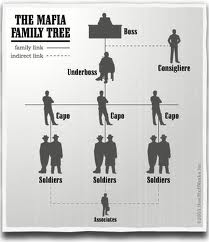 If a group of mobsters walked into your place of employment and moved all of the employees out by gunpoint, you would call the police; but when Conservatives ship your jobs overseas, and then take the money out of your and your family's mouths by deregulating the secondary mortgage market while decreasing income taxes for their wealthy patrons, nothing is done.

And when they refuse to use their legislative power to restore your jobs because they're sore that an African American Democrat won the 2008 election, without benefit of rigged voting machines or a compliant Supreme Court, then shouldn't the People wake up and do something?

In article on Policymic a month ago, Benjamin Feinblum laid out the Conservative secret plan to unseat President Obama by preventing millions of Americans from getting back to work - from jobs that were eliminated by Conservatives' greed in the first place. In debating your conservative neighbor - or family member - his essay provides some excellent ammunition.  (http://policymic.com/mobile/articles/9124/unemployment-is-high-by-republican-design-as-gop-sabotaged-obama-s-job-proposals)

The plan to achieve that purpose was "legal," but underhanded enough, immoral enough, and anti-America enough to merit discussion in the World Court, and certainly in the Court of American Opinion.

"How do you feel knowing that 17 jobs bills were
blocked from even having debate in Congress?
"Is what you witnessed here patriotism? Does
this impact who you believe should be leading
America?

"Nations don't always recover from economic
crises of this magnitude. This is how nations fall.
"Do you agree or disagree with the actions taken
by both sides during the deepest recession since
the Great Depression?

"Sure jobs numbers are bad today, but they are
bad by design? Most of the world wishes they
had our economy today as Europe is falling back
into recession. In context of a crisis this deep...
are the numbers really that bad anyway?

"Was America tricked regarding the quality of
Obama's leadership?

"What was it when Republicans blocked 17 pieces
of jobs legislation?

"Was this sabotage? Was this an orchestrated
power grab? Was this script writing to set the
stage for the 2012 elections?  Was growth
slowed down for political purposes?

"What are they doing now?  A new law called,
'The JOBS Act,' just passed with complete bi-
partisan support, timed so the impact on jobs is
after the elections.

"The story: Obama proposed a major jobs
measure that would have created nearly two
million jobs in an election year. Debate was
blocked by filibuster. The jobs bill was broken
down into small parts, some consisting only of
tax cuts. Only one part, to help veterans find
jobs, was passed (a tiny fraction of the overall
jobs legislation). In total, Republicans blocked
entirely (not even allowing debate on the floor,
which would put them on record) 17 jobs
measures....

"All stories have a beginning, middle, and an
end...

"Republicans state their top political priority is to
deny Obama a second term.

"Obama is launching the American Jobs Act
slated to create about 2,000,000 jobs in an
election year.

"All debate in both the House and Senate is
blocked on the American Jobs Act. Republicans
even filibuster debate so that they are not on
record for being for or against what is in the
measure. A majority of the measure is tax cuts,
much is focused on helping small business, they
want this to see as little daylight as possible.

Debate, equals record and news coverage.
Obama breaks the law into 16 different pieces.
Only a tiny snippet to help veterans find jobs is
passed. All other elements are blocked
entirely,not even allowed to come to the floor.

Today, Eric Cantor is running around the news
channels talking about Obama's failed leadership
on jobs when Cantor single handedly blocked
debate on the American Jobs Act. Cantor offered
no alternative. He couldn't. Most of the American
Jobs Act was tax cuts, which is what his best
idea would be.

"Mitt Romney is attacking Obama on jobs round
the clock. Attacking Obama for things Romney
praised at the time and helped to create in the
first place."

If millions of people in other countries had access to media reports on a cabal of such magnitude, they would take to the streets.  If this sort of despicable plot had occurred in another time, heads would be paraded at the ends of pikes. 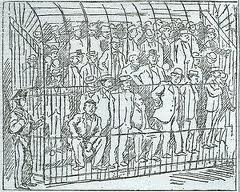 How long will it take before America wakes up to the criminality of the Conservative crime syndicate and outlaw these mobsters, finally criminalizing the largest criminal organization in world history?

Brian: Hola, me Ilamo es Brian... Nosotros queremos ir con ustedes.. uhhhh...
Bellboy: Hey, that was pretty good, except when you said, "Me llamo
es Brian," you don't need the "es," just "Me llamo Brian."
Brian: Oh, oh, you speak English.
Bellboy: No, just that first speech and this one explaining it.
Brian: You...you're kidding me, right?
Bellboy: Qué?