The Basic Laws of Human Stupidity. 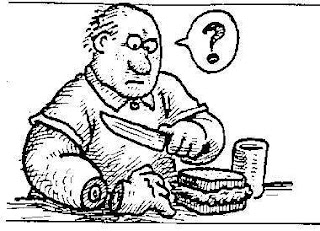 The Basic Laws of Human Stupidity

As an early preparation for future essays on the neurological basis of Conservative psychology on this blog, the classic essay on the "Basic Laws of Human Stupidity" is probably required. Explanations of *how* Conservatives are meaner, more rigid, and possibly stupider in intellect than Progressives, can be seen here: http://www.criminalizeconservatism.com/p/science-of-conservatism.html

As an early preparation for future observations on the neurological basis of Conservative psychology, an essay on the Basic Laws of Human Stupidity is a necessity.  Explanations of *how* Conservatives are meaner, more rigid, and possibly stupider in intellect than progresives, can be seen here:

But the Basic Laws are as informative as they are hilarious. The First Basic Law of Stupidity states:
"Always and inevitably everyone underestimates the number of stupid individuals in circulation."

The Second Basic Law, "The probability that a certain person be stupid is independent of any other characteristic of that person," is obvious when looking at a typical Conservative harangue.  (Scroll down to the bottom of http://www.criminalizeconservatism.com/2012/06/republican-sex-offenders.html to see the Comments of "Anonymous," and my responses to him/her.)

And The Third (And Golden) Basic Law, "A stupid person is a person who causes losses to another person or to a group of persons while himself deriving no gain and even possibly incurring losses" contains the kernel of the danger of the stupid Conservative - he hurts everyone around him.

Until modern science discovers ways to increase our intelligence, or the intelligence of our unborn, through genetic engineering or biochemical means, we shall continue to suffer the pains of Conservative blunderings.

Our only choice is to criminalize conservatism.