Conservatives: No Longer Fit To Govern

Dave Johnson, of Campaign for America's Future, at Truthout.org, has a piece titled, "Republicans "No Longer a Normal Governing Party," "Unfit for Government," echoes the underlying theme of this site, that "A destructive, radical group is in control of part of the government. It is bent on sabotage and destruction. When you elect people who hate government, don’t be surprised when they set out to destroy our government," a must-read, and reprinted here in its entirety:

"Outrage is growing over Republican sabotage of … well, everything.


"E. J. Dionne Jr. in the Washington Post, writing in It’s our system on the cliff...(link doesn't work.)


"'The United States faces a crisis in our political system because the Republican Party, particularly in the House of Representatives, is no longer a normal, governing party.'
"'The only way we will avoid a constitutional crackup is for a new, bipartisan majority to take effective control of the House and isolate those who would rather see the country fall into chaos than vote for anything that might offend their ideological sensibilities.;

Michael Tomasky at The Daily Beast, in The GOP Brings Politics to a Crisis Point,

"'Really, what is to be done about this Republican Party? What force can change it—can stop Republicans from being ideological saboteurs and convert at least a workable minority of them into people interested in governing rather than sabotage? … They are a direct threat to the economy, which could slip back into recession next year if the government doesn’t, well, govern. They are an ongoing, at this point almost mundane, threat to democracy, subverting and preventing progress the American people clearly desire across a number of fronts. They have to be stopped, and the only people who can really stop them are corporate titans and Wall Streeters, who surely now are finally beginning to see that America’s problem is not Barack Obama and his alleged “socialism,” but a political party that has become psychologically incapable of operating within the American political system.

"'[. . . They didn’t come to Washington to govern. They came to sabotage. So our working assumption must be whatever the issue, sabotage is what they’re going to do.' 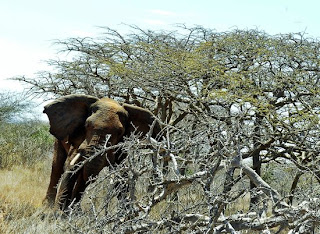 "'Between the humiliating and chaotic collapse of Speaker Boehner's already ludicrously extreme Plan B and Wayne La Pierre's deranged proposal to put government agents in schools with guns, the Republican slide into total epistemic closure and political marginalization has now become a free-fall. This party, not to mince words, is unfit for government.;

"'[. . .] Enough. This faction and its unhinged fanaticism has no place in any advanced democracy. They must be broken. … We need a new governing coalition in the House – Democrats and those few sane Republicans willing to put country before ideology. But even that may be impossible.'

"Mark McKinnon, also at The Deaily Beast, All I Want for Christmas Is a New GOP, (emphasis added, for emphasis)

"'But here’s the deeper point and the bigger problem for the GOP. Increasingly, it is becoming clear that the party is against everything and for nothing.'

"'Nothing on taxes. Nothing on gun control. Nothing on climate change. Nothing on gay marriage. Nothing on immigration reform (or an incremental, piece-by-piece approach, which will result in nothing). It’s a very odd situation when the losing party is the party refusing to negotiate. It may be how you disrupt, but it is not how you govern, or how you ever hope to regain a majority.'

"'And so, we have a Republican Party today willing to eliminate any prospect for a decent future for anyone, including itself, if it cannot be a future that is 100 percent in accordance with its core beliefs and principles. That’s not governing. That’s just lobbing hand grenades. If you’re only standing on principle to appear taller, then you appear smaller. And the GOP is shrinking daily before our eyes. 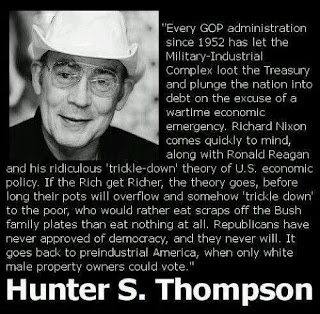 The incomparably great Dave Johnson, writing at Campaign for America’s Future’s blog last week in, Radical Plan B Failed Because It Was Not Extreme Enough,

"'Just how radical and extreme are the Republicans today? Republicans didn’t oppose Boehner’s radical “Plan B” because it would devastate American families and small businesses and destroy government — that was OK, in fact that wasn’t even enough destruction for them. They opposed it because it would raise taxes a small bit on the billionaires who grease their wheels. In other words, they opposed it because it was not extreme and radical enough.'

"… You can’t even imagine that you have the responsibility of being a legislator — never mind Speaker of the House — if you are prepared to offer a bill like this to the Congress, never mind that most of them favored this, and opposed it only because it was not radical enough. The cuts and destruction were fine with them, they wanted no tax increase whatsoever on the billionaires.'

"So here we are. A destructive, radical group is in control of part of the government. It is bent on sabotage and destruction. When you elect people who hate government, don’t be surprised when they set out to destroy our government." 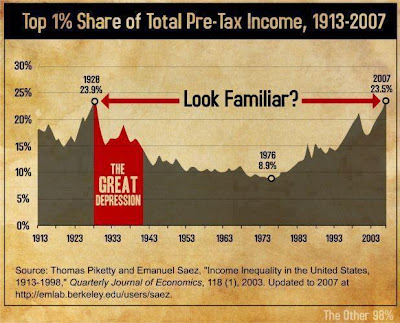 Very little needs to be added to the essay other than: Criminalize Conservatism, before it's too late!

"A loving heart is the beginning of all knowledge."