GOP: Your Father's Party Out of The Closet 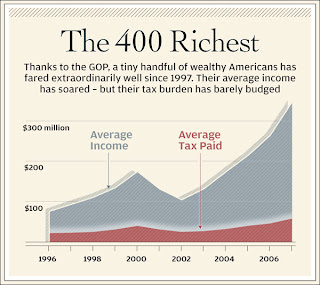 In a lengthy, well-written article, "How the GOP Became the Party  of the Rich," by Tim Dickinson of the Rolling Stone, Mr. Dickinson makes a credible claim that the Republican Party has only recently adopted the mantle of "The Party of The Rich."

Nothing could be further from the truth, the GOP is the same party it's always been, it's just come out of hiding...but first let's take a look at Mr. Dickinson's reasoning:

"Today's Republican Party may revere Reagan as the patron saint of low taxation. But the party of Reagan – which understood that higher taxes on the rich are sometimes required to cure ruinous deficits – is dead and gone. Instead, the modern GOP has undergone a radical transformation, reorganizing itself around a grotesque proposition: that the wealthy should grow wealthier still, whatever the consequences for the rest of us.

"'The Republican Party has totally abdicated its job in our democracy, which is to act as the guardian of fiscal discipline and responsibility,' says David Stockman, who served as budget director under Reagan. 'They're on an anti-tax jihad – one that benefits the prosperous classes.

"The staggering economic inequality that has led Americans across the country to take to the streets in protest is no accident. It has been fueled to a large extent by the GOP's all-out war on behalf of the rich. Since Republicans rededicated themselves to slashing taxes for the wealthy in 1997, the average annual income of the 400 richest Americans has more than tripled, to $345 million – while their share of the tax burden has plunged by 40 percent. Today, a billionaire in the top 400 pays less than 17 percent of his income in taxes – five percentage points less than a bus driver earning $26,000 a year. 'Most Americans got none of the growth of the preceding dozen years,' says Joseph Stiglitz, the Nobel Prize-winning economist. 'All the gains went to the top percentage points.'"

After more in regard to the recent history since Reagan's presidency, a presidency noted for Reagan's anger at David Stockman, his Budget Director's comment that his president's economic was nothing but "trickle-down economics," here is the telling paragraph in the essay:

"Republicans have responded to the worst economic crisis since the Great Depression by slashing inheritance taxes, extending the Bush tax cuts for millionaires and billionaires, and endorsing a tax amnesty for big corporations that have hidden billions in profits in offshore tax havens. They also wrecked the nation's credit rating by rejecting a debt-ceiling deal that would have slashed future deficits by $4 trillion – simply because one-quarter of the money would have come from closing tax loopholes on the rich." 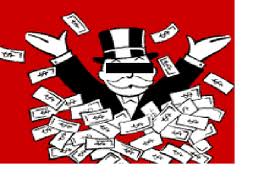 After the Great Depression, and up to the years preceding the Teflon President, Democratic majorities, Democratic presidents, and public outrage over the Republicans' responsibility for the depression thwarted all GOP attempts to make tax life easy for the rich.  Over the years, little by little, the relentless Conservatives chipped away at tax laws and economic regulation to enable the situation we find ourselves in: the genesis of the feudal society starting from 1980, the Ronnie Years.
The article continues: "From the end of World War II to the eve of the Reagan administration, the parties fought over social spending – Democrats pushing for more, Republicans demanding less. But once the budget was fixed, both parties saw taxes as an otherwise uninteresting mechanism to raise the money required to pay the bills."

Anyone who lived through the terrible Reagan years remembers the annual charade of the presentation of Reagan's budget to Congress...Reagan's budget increased defense spending and lowered domestic spending (this writer refuses to use the pejorative "entitlement spending," and all right-thinking progressive people should do the same.) 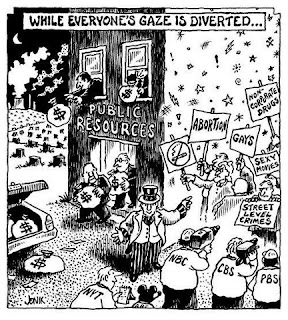 And in another revealing passage, the article notes "

In a move that GOP Majority Leader Howard Baker called a "riverboat gamble," Reagan sold the country on an "across-the-board" tax cut that brought the top rate down to 50 percent. According to supply-side economists, the wealthy would use their tax break to spur investment, and the economy would boom. And if it didn't – well, to Reagan's cadre of small-government conservatives, the resulting red ink could be a win-win. "We started talking about just cutting taxes and saying, 'Screw the deficit,'" Bartlett recalls. "We had this idea that if you lowered revenues, the concern about the deficit would be channeled into spending cuts."

It was the birth of what is now known as "Starve the Beast" – a conscious strategy by conservatives to force cuts in federal spending by bankrupting the country. As conceived by the right-wing intellectual Irving Kristol in 1980, the plan called for Republicans to create a "fiscal problem" by slashing taxes – and then foist the pain of reimposing fiscal discipline onto future Democratic administrations who, in Kristol's words, would be forced to "tidy up afterward."

There was only one problem: The Reagan tax cuts spiked the federal deficit to a dangerous level, even as the country remained mired in a deep recession. Republican leaders in Congress immediately moved to reverse themselves and feed the beast. "

But even the youngest among us may recall one of Mr. Reagan's triggermen, Dick Cheney, say years later that the second G.W. Bush term wouldn't be a problem to the voter merely because of astronomical budget deficits - Ronald Reagan proved that. 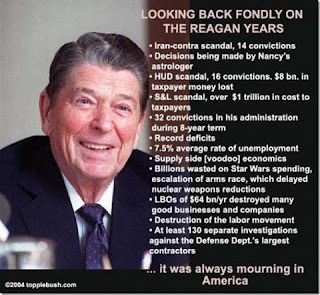 But Reagan wound up sowing the seed of our current gridlock when he gave his blessing to what Simpson calls a "nefarious organization" – Americans for Tax Reform. Headed by Grover Norquist, a man Stockman blasts as a "fiscal terrorist," the group originally set out to prevent Congress from backsliding on the 1986 tax reforms. But Norquist's instrument for enforcement – an anti-tax pledge signed by GOP lawmakers – quickly evolved into a powerful weapon designed to shift the tax burden away from the rich. George H.W. Bush won the GOP presidential nomination in 1988 in large part because he signed Norquist's "no taxes" pledge.

But Newt Gingrich and the anti-tax revolutionaries who seized control of Congress in 1994 responded by going for the Full Norquist. In a stunning departure from America's long-standing tax policy, Republicans moved to eliminate taxes on investment income and to abolish the inheritance tax. Under the final plan they enacted, capital gains taxes were sliced to 20 percent. Far from creating an across-the-board benefit, 62 cents of every tax dollar cut went directly to the top one percent of income earners."

Mitt Romney is indeed the absurd extreme of the Yahoo's presence in the political arena.  His lies are obvious, while his doctrine of American feudalism for all is even more an unembarrassed display of candor. 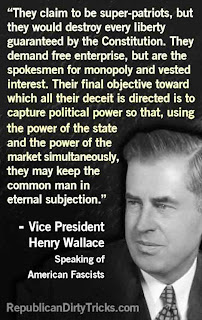 As Thomas Jefferson said, "The division into Whig and Tory is founded in the nature of man; the weakly and nerveless, the rich and the corrupt, seeing more safety and accessibility in a strong executive; the healthy, firm, and virtuous, feeling confidence in their physical and moral resources, and willing to part with only so much power as is necessary for their good government; and, therefore, to retain the rest in the hands of the many, the division will substantially be into Whig and Tory." --Thomas Jefferson to Joel Barlow, 1802.

“There are four questions of value in life... What is sacred? Of what is the
spirit made? What is worth living for, and what is worth dying for? The
answer to each is the same. Only love.”