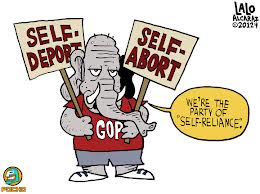 "...the right-wing's answer to the question of how you deport 11 million unauthorized immigrants: You don't. You force them to "deport themselves." Although immigration reform advocates would prefer a solution that involves a path to citizenship for unauthorized immigrants already here, Romney and his top immigration advisers believe they can remove millions of people through heavy-handed enforcement that makes life for unauthorized immigrants intolerable. This approach is notable for its complete lack of discretion and flexibility. Unauthorized immigrant parents with citizen children who need to go to school? Americans who are married to an undocumented immigrant who needs medical treatment? "Self-deportation" hits them all with the same mailed fist."  (From a Mother Jones article last January, "'Self Deportation': It's A Real Thing, And It Isn't Pretty.")

And even John McCain urged Mr. Romney to "tone down" his rhetoric, not just because self-deportation is wrong and vicious, but because it might hurt his chances for election in November.

Mr. Romney's plan for undocumented workers is short and sweet: "Self-Deportation," a Do It Yourself method of ridding Conservatives of Democratic-leaning brown people, the worst kind of brown people in the Conservative world. 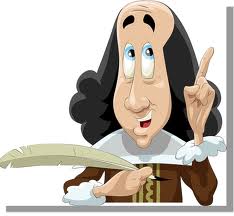 But this original and pithy turn of phrase suggests a new and economical solution for solving the plague of Conservatism: "Self-Annihilation," a concept as surely as desirable to the average Conservative as self-deportation is to the average undocumented worker, and not without precedent - witness the characters in so many of Shakespeare's plays who self-annihilated, saving their citizens from footing the bill for a costly non-self-annihilation!

Shakespeare Would Have Approved 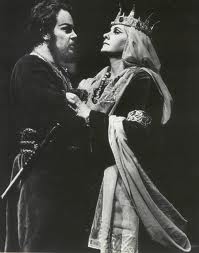 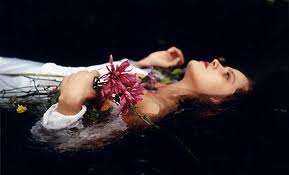 We all remember Lady MacBeth, who cajoled her husband into murdering King Duncan, (reminiscent of Bush's lynching of Saddam Hussein), followed by the murders of his pal Banquo, MacDuff, and MacDuff's wife and children. After losing her mind, Lady M saved the state the huge amount of money it would have taken for a lifetime of treatment in a mental institution and killed herself.

Cassius, in Julius Caesar: "Guide thou the sword (then Pindarus stabs him). Caesar, thou art avenged. Even with the sword that killed thee. (Cassius expires)

In the same play, Brutus self-annihilates, then even his wife Portia saves the strain on the Roman wartime budget, as he notes, "With this she fell distract, And, her attendants absent, swallow'd fire."

Othello, recounting how he had once killed a Turk: "I took by th' throat the
circumcised dog, And smote him -- thus. (He stabs himself)

And skipping over some of the more lowly self-annihilators, Romeo, Juliet, and Ophelia, we come to the quadruple suicide of Eros, Charmian, Cleopatra, and Marc Antony - certainly not the numerical marvel of the Jonestown Kool Aid self-annihilators, but certainly more poetic, more heroic.

The Benefits To Society

Self-annihilation offers Conservative leaders, their spouses and followers a poetic and heroic solution to the ills of their country and fellow citizens.

For those of finicky temperaments, modern science offers methods much less painless than the knives and asps used by the self-annihilators in Shakespeare's plays.

No expensive legislation will be needed; as Mr. Romney favorite health plan, emergency care,  benefits the poor, emergency care can take care of the disposal problem of the self-annihilated Conservatives.

And so many more of us would pay to watch Conservatives self-annnihilate than would pay for tickets to see aliens self-deport, a properly run self-annihilation program for Conservatives would be covered just by seat reservation sales - and general admission tickets would most likely  result in a surplus for the program!
. 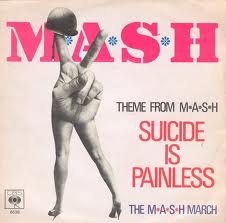