Why Do People Vote For Republicans? 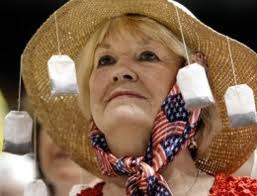 "I recently sat down and spoke with an acquaintance of mine, trying to get a grip on what people are thinking about the future of our country. He said he will vote for Mitt Romney because, "we need a business person to get our debt down." I asked where he got his news, and after trying to deflect from the question, the answer finally came. "I don't pay attention too much, but when I do, I watch Fox."  Fox News is the primary source for information for millions of Americans across the country and that's where the problem starts.

Heritage Foundation, the Cato Institute, and Fox News can never be believed...there's more, please go to the article --> http://www.examiner.com/article/misinformed-usa-why-average-americans-vote-for-republicans

"When Mitt Romney was governor of liberal Massachusetts, he supported abortion, gun control, tackling climate change and a requirement that everyone should buy health insurance, backed up with generous subsidies for those who could not afford it. Now, as he prepares to fly to Tampa to accept the Republican Party’s nomination for president on August 30th, he opposes all those things. A year ago he favoured keeping income taxes at their current levels; now he wants to slash them for everybody, with the rate falling from 35% to 28% for the richest Americans.

"All politicians flip-flop from time to time; but Mr Romney could win an Olympic medal in it (see article)." 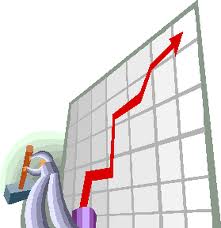 A study based on 80 years worth of evidence says Democrats are better at economics...from the Washington Examiner:

"When it comes to which party is better for the economy, Republicans talk the talk, but it's Democrats who deliver the goods according to an unusual 80-year study of the impact presidents have on growth, personal wealth, the stock market and even 401ks.

"The bottom line, according to Bulls, Bears and the Ballot Box: Of the five best economic presidents since Herbert Hoover, only one is a Republican. The paydirt finding: $100,000 invested during the 40 years Republicans had the White House would be worth $126,027. The same amount invested in the stock market during the Democrat's 40 years would be $3,912,210.

"Goldfarb blamed the conventional wisdom that Republican presidents are better economic managers on the inability of Democrats to tell their story. 'Democrats stand on their message so poorly,' he said. 'Republicans, on the other hand, win the salesmanship merit badge every single year.'"

"The duo stumbled on their conclusions while working on a different issue. Researching the impact of politics on stock market trends, Deitrick realized that in the last 80 years, Democrats and Republicans have held the White House 40 years each, minus President Obama's term. They came up with a ranking system based on stock market returns, personal income, economic growth and business prosperity.

"The best period was during the Kennedy-Johnson years, the worst Herbert Hoover, who presided over the Great Depression. In order, the rankings are: JFK/LBJ, Franklin D. Roosevelt, Bill Clinton, Dwight Eisenhower, Harry Truman, Ronald Reagan, George H.W. Bush, Jimmy Carter, Richard Nixon/Gerald Ford, George W. Bush, and Hoover. Carter was the only Democrat in the bottom half of the list."  (And the OPEC Oil Embargo that impacted the entire world was to blame for the economic crises during his administration.)  Read the rest here --> http://washingtonexaminer.com/80-year-study-democrats-better-at-economics/article/2505194
And the "salesman merit badge" propaganda for this year, or possibly for the last 250 years, is awarded to Mitt Romney.  Conservatives rarely combine a candidate so open for criticism by the electorate with a blatant announcement of their true goals.  The money men don't seem to care this time around if the voters perceive their true colors. 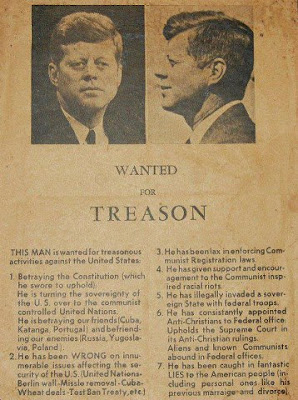 "Approximately 5000 of these posters littered downtown Dallas days before the Kennedy assassination.  They were the creation of Robert Surrey, a John Birch Society member.  The John Birch Society was founded by Fred Koch, creator of Koch Industries and father of the two Right Wing trust fund billionaires currently employing the same dirty tricks and lies against President Obama.  How much longer will America have to suffer under the manias of Right Wingers?"

Conservatives must lie to cover their tracks, they have always done it, and they always will.  It is time to criminalize Conservatism NOW.

"I ask people why they have deer heads on their walls. They always say because it’s such a
beautiful animal.  There you go. I think my mother is attractive, but I have photographs of
her."