Stupid Is As Stupid Does, Part II 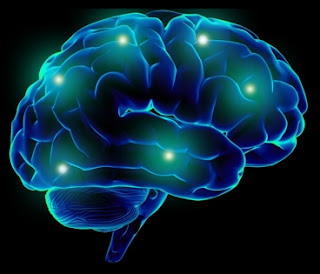 "'Previously, some psychological traits were known to be predictive of an individual's political orientation,' lead author Ryota Kanai from University College London's Institute of Cognitive Neuroscience said in a statement. 'Our study now links such personality traits with specific brain structure.'"

"People with self-reported liberal views tended to have a larger anterior cingulate cortex -- a brain area involved in processing conflicting information.   And those with conservative views were more likely to have a larger amygdala...'Individuals with a large amygdala are more sensitive to fear,' and might therefore be 'more inclined to integrate conservative views into their belief system,' Kanai (lead author Ryota Kanai from University College London's Institute of Cognitive Neuroscience) and colleagues wrote. 'On the other hand, our finding of an association between anterior cingulate cortex volume and political attitudes may be linked with tolerance to uncertainty' -- which may allow people to 'accept more liberal views.'"

"'To me it makes a lot of sense,' said Dr. Marco Iacoboni, professor of psychiatry and biobehavioral sciences at UCLA and director of the Transcranial Magnetic Stimulation Lab at the Ahmanson-Lovelace Brain Mapping Center. 'We have these tendencies to think our thoughts come out of nowhere, but they actually come from our biology.'

"'I'm glad to see liberals have a large anterior cingulate cortex -- the more sophisticated part of the brain,' he said.
The amygdala, on the other hand, is a "really old structure, and not as developed.'

"The brain can change over time based on a person's experiences -- an adaptation called neuroplasticity.
Whether this could change a person's political views remains to be seen. It could be, rather, that changes in political attitude impact brain structure, Kanai and colleagues wrote."

Perhaps further gains in neuroscience can create a process to change Conservative sheeplets views into the more civilized views of Liberals, thus saving us the expense of imprisoning them with the real culprits - the Conservative leaders.

"IQ means, 'An intelligence test score that is obtained by dividing mental age, which reflects the age-graded level of performance as derived from population norms, by chronological age and multiplying by 100: a score of 100 thus indicates a performance at exactly the normal level for that age group.'" 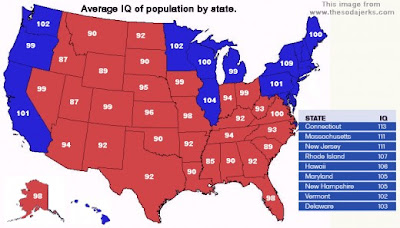 This poster, having an IQ higher than 100, has no idea if Conservative sheeplets with IQs lower than 100 would be amenable to potential stem cell therapy with the potential of boosting their IQs and turning them into productive, liberal citizens.  Perhaps that is why their leadership is so adamant against stem cell research.  Quite a paradox when the sheeplets are conditioned against supporting scientific research that would benefit their own self interest.

Marie: All I'm saying is that somewhere out there is the man you are supposed to marry.
And if you don't get him first, somebody else will, and you'll have to spend the rest of your
life knowing that somebody else is married to your husband.

From When Harry Met Sally