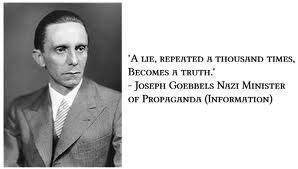 Besides composing the petition this morning to Congress to criminalize Conservatism (http://signon.org/sign/criminalize-conservatism?source=c.url&r_by=5283003), much of my time was spent deleting a multitude of tawdry, tedious, and incoherent comments on this site from Conservative sheeplets, who can only be described properly with the politically incorrect term - retarded.

For this reason, and a self-therapeutic act of catharis (and because my aging bones are aching today), I am reposting the original page from the top of the site entitled "Conservative Rhetoric."

The bleatings from the Conservative sheeplets are always good for a chuckle, and how these followers of the rabid dogs leading the Conservative cause can be so oblivious to the true aims of the leadership amaze)s one and all unless the practices of Conservative rhetoric are examined.

So without further ado, please enjoy: 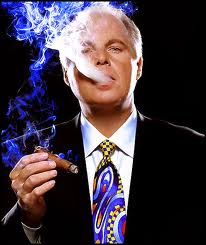 "How To Master Conservative Political Arguments, In Six Easy Steps, Easily Defeating The Most Brilliant Liberal Opponents Without Raising A Sweat."

Few of us have the chance or ability, initiative, energy, or wealthy parents to become millionaires yet many people identify themselves as Conservatives or Republicans because propaganda has convinced them that they can somehow become rich because they live in the United States. Simple math, multiplying a million (dollars) by 300 million (Americans), shows us that there isn't enough money in the world to fulfill that silly dream (the total is 300 trillion dollars for the mathematically challenged), but by mastering the following seven steps, and by continue to listen to your favorite conservative personality - Limbaugh, Hannity, Romney, Palin, it doesn't matter who ( just watching the GOP media outlet, Fox News 24/7 will do), you too can be a force in conservative politics, you too can start on your way to fame and wealth, even if you are someone who votes Republican against your own interests as a member of a racial minority, a female, an lgbt, or a Christian, or someone inconveniently born with parents who are members of the 99%.

Studying "Conservative Philosophy" is a waste of time, there is no such thing, you're a Conservative because as you can see by the tab on this blog called "The Science" your brain structure makes you a Conservative - a "kick down, kiss up" Authoritarian Personality (http://en.m.wikipedia.org/wiki/Authoritarian_personality) perpetually driven to the Conservative cause. Conservative positions change as voter demographics change, and your leadership will tell you what to think and say anyway.

So sit back, relax, and learn how to destroy your liberal opponents in six easy steps:

Step 1. Lie about, exaggerate, or distort every single one of your opponent's positions and statements, no matter what they are and whether or not he has actually stated what you're attacking him for.

Create your own statistics and citations. By the time your opponent finds out they're made up, the debate will have been ended. (Don't worry about being labeled a hypocrite, we'll explore this issue later in an essay titled, "Lying Is A Virtue, Greed Is A Blessing."

You can accuse your opponent of supporting "Judicial Activism," for example, the creation of some unknown Conservative genius, and related to "Projection," in Step 4, and the "Straw Dog a
Argument," Step 5. Truthiness," as described by conservative spokesman Stephen Colbert of *The Colbert Show* fame, describes how this essential tool for every Republican works: (http://en.m.wikipedia.org/wiki/Truthiness)

Step 2. Repeat everything often and people will believe whatever you say.

Remember hearing the name "Joseph Stalin" somewhere? Stalin was a Georgian leader (the USSR Georgia, not Newt's home state) who was able to get away with all kinds of political pranks, murdering millions of his own people. Even though he was a Commie, he and his adversary Adolf Hitler perfected the "Big Lie," a tool that works for the GOP today as we dish up the most outrageous lies often enough that everyone ends up swallowing them.

"Swift-Boating," the repeated attack on your liberal opponents' strengths, was a tool first implemented by President Richard (Tricky Dick) Nixon when he first ran for Congress by trashing his opponent, Congresswoman Helen Gahagan Douglas, as a liberal "pinko" (see "Name Calling" below). Swift-Boating was then perfected by "Bush's Brain," Karl Rove, the creator of the Plan For A Permanent Republican Government, he turned war hero John Kerry into a cowardly child-killer by smearing him repeatedly.

The media will always protect your strategy of repeating yourself over and over by repeating your statements over and over, in the airwaves or in print. Thanks to years of tireless GOP messaging, people believe the Big Lie that the "mainstream media" are liberal media, even though they are owned and run by wealthy conservative Republicans and always follow the GOP party line. These titans won't contradict you; they want their employees and potential critics to buy into the fact that real journalism by definition investigates conservative evil-doers, persons and corporations. But it's just lip service , so don't hesitate to call them "liberal," they love it.

Step 3. Sarcasm and Name-Calling, coupled with hateful rhetoric, instill feelings of fear and hate in the crowd, and are intimately related to the political smear.

Newt Gingrich mastered the use of words like "sick, pathetic, lie, destructive, self-serving, welfare, bizarre, decay, traitors, radical, destroy, pathetic, corrupt, steal and shame" in his speeches that merit memorizing on by you to use in your everyday speech.

Next to a rabble rouser named Adolf Hitler, Gingrich is the ultimate grand master of name-calling of our time (http://www.consortiumnews.com/2012/01/30/the-ugly-words-of-newt-gingrich/), and for a list of words guaranteed to bring out the worst side of your supporters click: http://www.nytimes.com/interactive/2012/01/27/us/politics/27gingrich-text.html.

And don't forget to say "Democrat Party," instead of the correct adjective "Democratic." All of your leaders do, because psychologists have tipped them to the fact that listeners will associate the word "rat" with the Dems and Libs. Again, never fear to look or sound stupid, look how George W. Bush's handlers turned stupidity into a virtue - remedial reading classes are for losers.

Step 4. Project your own behavior onto your opponent's.

This subconscious psychological defense mechanism is a boon to the average Republican of below-average I.Q. as a *conscious* attack strategy.

Step 5. Misrepresent all issues contrary to yours.

Attack teachers for trying to brainwash their students, professors for trying to rid our country of God, Democrats for creating "death panels,"and the ACLU for attempting to place our military in communes - nothing is too ridiculous because you're attaching a label on your opponent, making him ridiculous by default.

This is what the "Straw Dog Argument" is all about. Don't take monotonous critical thinking courses at your local junior and community college: leave those to your so-called "intelligent" liberal foes - just make something up as an aspect of your opponent's personality or platform as if it were true. You don't need to be "logical," most people don't even know what a logical fallacy is!

A Corollary to this Step is this: "If something happened just once, it will always happen again." Reagan spoke often about a "Welfare Queen," thus making all welfare recipients guilty of welfare fraud in the collective mind, even though the actual numbers of fraud approached only .02 percent of the total people receiving public assistance.

Once a paroled prisoner named Willie Horton went on a killing spree, which enabled "Poppy" Bush to brand his rival as "soft on crime." You under-use this valuable tool at your peril.

Feigning anger is not the province of Limbaughs, Scarboroughs, or Hitlers alone - with just a smidgen of acting ability you too can swerve the smartest liberal from his "logical" rebuttal!

The effective use of rage, together with the first Five steps, combine not only to win arguments and debates, but they are designed to instill fear and hate in your audiences.

Turn red, pound the table, froth at the mouth - the average True Believer kiss up-kick down authoritarian follower equates rage with "strength." And rolling around the floor and pounding the carpet with your fists will show your lily-livered liberal opponent who's boss!

As all winning GOP politicians do, practice your anger mismanagement in front of the mirror every day. Pretend you have Al Franken tied to a chair and at your mercy; imagine the rage coursing through Mitt Romney as he cut off the hair of his classmate who tried to be different than everyone else in school. Practice, practice, practice!

Congratulations if you've been able to make it this far! Remember that the Grandmaster of Conservative communication, two-term George W. Bush, was about the stupidest Chief Executive in our nation's history, and with only a little help from five Supreme Court Conservative operatives, a little voter suppression and disenfranchisement, intimidation (and a ton of rigged voting machines - the most premier campaign tool in the Republican Party's bag of tricks), Bush 43, the student of all the methods you have learned here, was able to eliminate liberal institutions in the making for almost a hundred years, setbacks that will last, if not forever, for over a hundred years or more!

The point is that the old saw, that "the GOP is made up of a few smart people and a whole lot of dumb ones," isn't 100% wrong: it implies that the smart heads of the Party lead the dumb followers by the nose, but look at our leaders - Sarah Palin, Eric Cantor, John Boehner, all of them dumb as a post, with barely enough intelligence to bring fork to mouth when hungry. But somehow these morons are in positions of power and prestige and awaiting a future of wealth. Their talents in spewing forth verbal vomit geared to permeate the air with fear, fear that turns into hate - that's what makes them succeed where smart people fail.

By mastering these simple strategies, you can help take us back to the wonderful times when wealth ruled without objection, where the poor knew their place and those with wealth could help the poor and helpless if they wanted to, not because they had to, and we could rid ourselves of wrong-doers without reproach.

"If toast always lands butter-side down, and cats always land on their feet, what happens if
you strap toast on the back of a cat and drop it?"