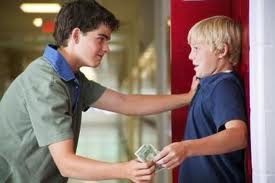 "Evolution stands up to bullies"


On August 13, the LA Times reported on an abstract showing "...why humans exhibit strong egalitarian, or socially equal, behaviors.

"He (Sergey Gavrilets, the author of the study) concludes that by standing up to bullies and preventing them from monopolizing resources, groups could increase their odds of survival and produce more offspring. In the process, people evolved a genetic drive to help weak individuals fight back.
"That drive, according to Gavrilets, ultimately led to widespread cooperation among humans as well as empathy and compassion.
"In animal groups with strong hierarchies, high-ranking members often take more and better resources from weaker members and have better mating success. Gavrilets used mathematics to compare the prosperity of groups that allowed stronger members to consume the best resources, and those in which “helpers” aided the weak individual by standing up to, or fighting off, the stronger bully. The results of these mathematical models were then extrapolated over thousands of generations.
"Groups with helpers prospered, according to the study."

The human race, then, probably evolved from a species dominated stronger members,  the basis of the ideal Conservative society, to a more progressive society that values equality over strength. 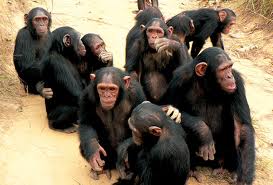 Community animals, such as chimpanzees, who are ruled by alpha males, abandon the weak to fend for themselves, while modern humans have evolved to become interdependent, our instincts to look out for each other isn't just about empathy, because it's all motivated by our own well being, as Gavrilets' study showed.

Far be it for this poster to suggest that "Conservative = Chimp, Progressive = Modern Man," is a scientific fact, but...Let's take a look at: 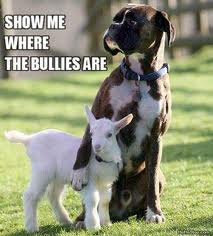 10 Things The Romney Campaign Doesn't Want You To Know About Paul Ryan (from Moveon.org)


1. His economic plan would cost America 1 million jobs in the first year. Ryan’s proposed budget would cripple the economy. He’d slash spending deeply, which would not only slow job growth, but shock the economy and cost 1 million of us our jobs in 2013 alone and kill more than 4 million jobs by the end of 2014.

2. He’d kill Medicare. He’d replace Medicare with vouchers for retirees to purchase insurance, eliminating the guarantee of health care for seniors and putting them at the mercy of the private insurance industry. That could amount to a cost increase of more than $5,900 by 2050, leaving many seniors broke or without the health care they need. He’d also raise the age of eligibility to 67.

3. He’d pickpocket the middle class to line the pockets of the rich. His tax plan is Robin Hood in reverse. He wants to cut taxes by $4.6 trillion over the next decade, but only for corporations and the rich, like giving families earning more than $1 million a year a $300,000 tax cut. And to pay for them, he’d raise taxes on middle- and lower-income households and butcher social service programs that help middle- and working-class Americans.

4. He’s an anti-choice extremist. Ryan co-sponsored an extremist anti-choice bill, nicknamed the ‘Let Women Die Act,’ that would have allowed hospitals to deny women emergency abortion care even if their lives were at risk. And he co-sponsored another bill that would criminalize some forms of birth control, all abortions, and in vitro fertilization.

7. He’d give $40 billion in subsidies to Big Oil. His budget includes oil tax breaks worth $40 billion, while cutting “billions of dollars from investments to develop alternative fuels and clean energy technologies that would serve as substitutes for oil.”

8. He’s another Koch-head politician. Not surprisingly, the billionaire oil-baron Koch brothers are some of Ryan’s biggest political contributors. And their company, Koch industries, is Ryan’s biggest energy-related donor. The company’s PAC and affiliated individuals have given him $65,500 in donations.

9. He opposes gay rights. Ryan has an abysmal voting record on gay rights. He’s voted to ban adoption by gay couples, against same-sex marriage, and against repealing “don’t ask, don’t tell.” He also voted against the Hate Crimes Prevention Act, which President Obama signed into law in 2009.

10. He thinks an “I got mine, who cares if you’re okay” philosophy is admirable. For many years, Paul Ryan devoted himself to Ayn Rand’s philosophy of selfishness as a virtue. It has shaped his entire ethic about whom he serves in public office. He even went as far as making his interns read her work. 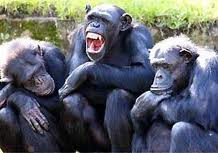 (The summary of the abstract from the Proceedings of the National Academy of Sciences of the United States of America):

On The Evolutionary Origins of The Egalatarian Syndrome.

Department of Ecology and Evolutionary Biology, Department of Mathematics, and National Institute for Mathematical and Biological Synthesis, University of Tennessee, Knoxville, TN 37996

Edited by Peter J. Richerson, University of California, Davis, CA, and accepted by the Editorial Board July 2, 2012 (received for review January 30, 2012

"The evolutionary emergence of the egalitarian syndrome is one of the most intriguing unsolved puzzles related to the origins of modern humans. Standard explanations and models for cooperation and altruism—reciprocity, kin and group selection, and punishment—are not directly applicable to the emergence of egalitarian behavior in hierarchically organized groups that characterized the social life of our ancestors. Here I study an evolutionary model of group-living individuals competing for resources and reproductive success. In the model, the differences in fighting abilities lead to the emergence of hierarchies where stronger individuals take away resources from weaker individuals and, as a result, have higher reproductive success. First, I show that the logic of within-group competition implies under rather general conditions that each individual benefits if the transfer of the resource from a weaker group member to a stronger one is prevented. This effect is especially strong in small groups. Then I demonstrate that this effect can result in the evolution of a particular, genetically controlled psychology causing individuals to interfere in a bully–victim conflict on the side of the victim. A necessary condition is a high efficiency of coalitions in conflicts against the bullies. The egalitarian drive leads to a dramatic reduction in within-group inequality. Simultaneously it creates the conditions for the emergence of inequity aversion, empathy, compassion, and egalitarian moral values via the internalization of behavioral rules imposed by natural selection. It also promotes widespread cooperation via coalition formation"

Given below is a top 10 list of Murphy's Laws. These weren't actually uttered by
Murphy. They just belong to the category of quotations that are known as "Murphy's Laws."

1.   If something can go wrong, it will.
2.   If anything simply cannot go wrong, it will anyway.
3.   Left to themselves, things tend to go from bad to worse.
4.   Matter will be damaged in direct proportion to its value.
5.   The chance of the bread falling with the buttered side down is directly proportional to the
cost of the carpet.
6.   The buddy system is essential to your survival; it gives the enemy somebody else to
shoot at.
7.   Technology is dominated by those who manage what they do not understand.
8.   The opulence of the front office decor varies inversely with the fundamental solvency
of the firm.
9.   Tell a man there are 300 billion stars in the universe and he'll believe you. Tell him a
bench has wet paint on it and he'll have to touch to be sure.
10. The first myth of management is that it exists.