Conservatism - It's Still Your Grandfather's Party 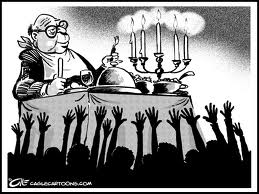 By Aviva Shen on Aug 22, 2012 at 9:23 am
"A week from the 2012 Republican National Convention, Republican committee members spent Tuesday articulating and affirming the principles they stand for in a draft of the official party platform...


Here are some highlights:

The "Audit The Fed" nonsense is a bone tossed at the Ross Perot wanna-be and failed-yet-troublesome presidentialial candidate Ron Paul, but the remaining planks are merely the memes needed to attract the Conservative sheeplets to the voting booths.

The underriding tenet of this site has been to remind us that the front group for the Conservative leadership has one purpose - to provide the political and economic structure in this country to take us back to the Age of Feudalism, and that every other stance they take is nothing but smoke to distract us from their true goal of wealth and power. 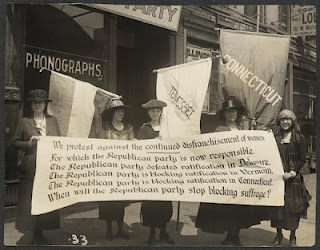 This year's Party Platform is a nauseating framework to that picture, a call to the right wing faithful and the Protestant Evangelicals who are the backbone of the right wing electorate.

What should American political leadership be concerned about in today's world?  For one, Epi.org reported on a new study: 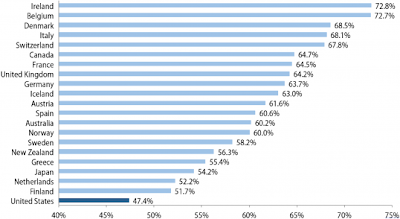 
We see that the GOP wants no abortion in cases of rape or incest and no legal recognition of same-sex couples, but where is the language that is going to help lift us out of our downward spiral towards a third-world status?

A few days ago in an opinion article on cnn.com by LZ Granderson titled, "Wake Up, It's Not Just Akin," Granderson, a senior writer and columnist for ESPN the Magazine and ESPN.com noted:

"The truth is the 'legitimate rape' comment made by U.S. Rep. Todd Akin -- as in pregnancy from 'legitimate rape' is rare -- is not a GOP anomaly but rather another disturbing glimpse into the viewpoint too many social conservatives have about women's health and reproductive rights. And if abortion is not among the 'real issues,' why is the GOP platform committee considering adding a ban, with no mention of exceptions, to this year's to-do list?

"Last March, in a discussion in the Kansas House about whether women purchase separate abortion-only policies, Republican state Rep. Pete DeGraaf suggested women should plan ahead for rape the way he keeps a spare tire. A few weeks later, Indiana state Rep. Eric Turner, a Republican, said some women might fake being raped in order to get free abortions.

"Former presidential hopeful Rick Santorum suggested doctors who perform an abortion on a woman who becomes pregnant from an attack should be thrown in jail and this year suggested rape victims who become pregnant from an attack should be forced to keep the baby and 'make the best out of a bad situation.'
"And we're to believe Akin is just a one-off.
"Please.
"More than 200 Republican members of Congress joined him in co-sponsoring House Resolution 3, the No Taxpayer Funding for Abortion Act, when it contained language restricting the exception for federally funded abortions to "an act of forcible rape or, if a minor, an act of incest."
"Forcible rape.
"That's not too far from "legitimate rape"
"So vice presidential hopeful Paul Ryan can try to backpedal away from Akin as fast as he can, but his name is still on the record in support of that bill, with that language. He can say he's in line with Mitt Romney and would not ban abortions in the case of rape, but it's his name attached to House Resolution 212: Sanctity of Human Life Act, which would have done just that." 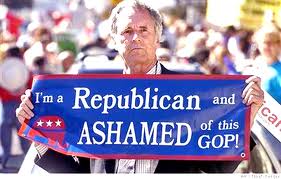 And here is what happens in the real world (from truth-out.org):


Congress Considers Cutting Food Stamps
"With millions of Americans struggling to stave off hunger, anti-poverty groups are asking that Congress abandon proposals to cut off support for the Supplemental Nutrition Assistance Program (SNAP), which supplies assistance commonly called food stamps.
"'The numbers underscore the point that people still continue to struggle, and that cuts some in Congress are proposing to our nation's nutrition safety net will only worsen a bad situation,' said Jim Weill, president of the Food Research and Action Center. 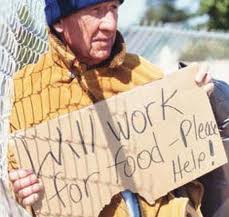 And the Conservative sheeplets will ignore who gets hurt the most - the Red States - a stunning example of voting against one's best interests:
"Regional Food Disparity
"In general, more people living in Southern states report struggling to pay for food. Mississippi tops the national Gallup list, with 24.9 percent of those polled in the state reporting struggling to pay for groceries during the past year. Alabama, Delaware, Georgia and Nevada join Mississippi as the top five states where people face food hardships.
"People living in Southern states will also be hardest hit by increases in food prices due to drought, according to Gallup. People living in the Mountain Plains and Midwest states that make up America's breadbasket are least likely to face food hardship. North and South Dakota top the list of states where residents are least likely to go hungry."
Liberals and Progressives - and some in the Middle - are fond of saying that "this is not your grandfather's Party, but the sad truth is that the Party is only louder.  The leadership is the same.  A minor difference is that more of the sheeplets are in office than usual but there is little that the leadership can or wants to do about it as long as the Party command majorities in Congress, have control over the courts, and possess the White House.  It is still your grandfather's and grandmother's Party, but now is the time to do something about this criminal syndicate masquerading as a political party - abolish it by criminalizing Conservatism.